Xitang at Night is Absolutely the Movie in Your Mind

Xitang at night is absolutely the movie in your mind. It’s the one you always see in Chinese soap operas, classic telenovelas, and films. On the night I arrived there, I wasted no time. I hurriedly checked into my hotel room, changed my t-shirt and off I went to the water town. It’s a convenient two-minute walk from my hotel, so I did not worry about going back late. A 8 in the evening, and during the off-season, there were only a few tourists.

It was my first glance at the ancient town, so I had no idea what to expect.

I entered through a long and narrow alley lit only by a few red lanterns.

When I emerged, four grandmothers sitting on a wooden stool with their fans, looked at me with a puzzled look. Did I scare them with my three-week-old beard? That I would never know. 😀

Shops lined on both sides of the narrow streets.

Red lanterns were ubiquitous, and I felt like I was living in the past, or I was part of a movie shoot.

Out of curiosity, I went into very narrow alleys to check out what was in there. I found courtyard houses free from renovations, unlike the ones you see on the main street.

As you can see in these photos below, the white-washed houses along the canals retain its pure form and architecture.

The stone bridges are high enough for the boats to pass under them.

Imagine a transport like that ages ago – going from one village to another.

I found out later that Xitang’s water canals are coming from nine rivers.

Therefore, there are other water towns in the area that are as old (if not older) as Xitang.

If the movie “Mission Impossible III” (Tom Cruise) were not shot here, the village would still have been quiet today.

At night, Xitang is photogenic in every angle.

As I strolled under covered corridors and crossed countless bridges, I heard loud music – electronic music.

As I got nearer, I realized, I was about to enter the “bar street.”

And yes, there are bars and clubs with bouncing dance floors and patrons with their glow sticks! Oh dear!

I was amused, and at the same time, wondering, “Why on earth there’s a bar street” in this ancient village?

I found a cheap hostel just outside the ancient village – Xitang Hotel. It’s only a minute or two to the entrance. It is clean and though the staff can’t speak English, they have a very reliable translator app. There are also shops and restaurants in the surrounding area. You can book it via Booking, TripAdvisor or Expedia.

Buying train tickets at the train station anywhere in China can be confusing for those who don’t speak the language. What I always do is book via TRIP because it’s the most convenient, and they only charge $3. You wasted no time joining the long queue there. However, on the day of your trip, make sure to be at the station at least an hour and a half. Go directly to the window booth where they issue the real tickets. You have to show the reservation number/s. Train attendants usually allow passengers to check-in between 20 minutes before the scheduled departure.

NEXT
Why Barcelona is One of the Best Cities in Europe 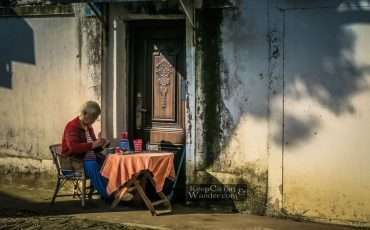 Tongli Water Town is a good introduction to the classical Chinese village of ancient yore. Of all the water towns 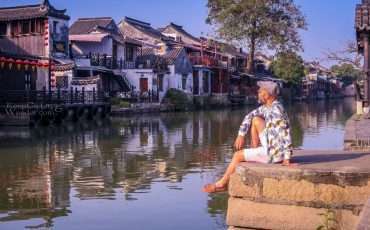 There is an ancient water town called Xitang, half an hour by train from Shanghai. This water village became famous 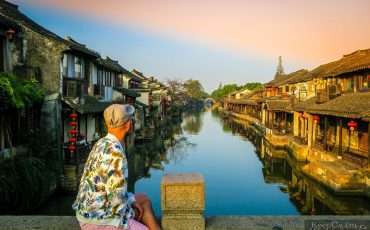 To Xitang – Where Mission Impossible 3 Was Shot

Xitang is an ancient water town where Mission Impossible 3 (Tom Cruise) was shot. I really didn’t know about it