What to do and see at Universal Studios in LA

There are so many things to do and see at Universal Studios in Los Angeles. So, it’s better that you start early—especially when you have kids in tow. One day wasn’t even enough for someone like me who traveled solo. Maybe it was just me who took time to everything I saw or the fact that I didn’t really plan my day on what to do and see there.

If I had kids with me, it could have been different. There were so many things to do and see in such a short time. At the end of the day, I was soooooo exhausted that I decided to go back to my hostel to take a shower and rest—because I had other plans before midnight: hit the LA nighlife.

WHAT TO DO AND SEE AT
UNIVERSAL STUDIOS IN LOS ANGELES

The things below are what I did for the whole day. The events are not in particular order.

1. Pose before you enter this gate. There’s the iconic revolving globe that bears the name of the entertainment capital of the world.

2. After you enter the turnstile, admire these statues of filmakers doing their thing, “Lights! Camera! Action!”

4. Sit outside at one of those cafes while people-watching.

5. Don’t miss the rides. Who would miss the The Simpsons Ride?

6. The Mummy Ride was an adventure in itself.

7. And oh boy! The Transformer Ride was wicked cool.

8. These minions are ready to pose with you before (or after) you take your Despicable Me Ride!

9. Fancy some dinosaurs? Enter the Jurassic Park and cover yourself. You’re gonna get wet! 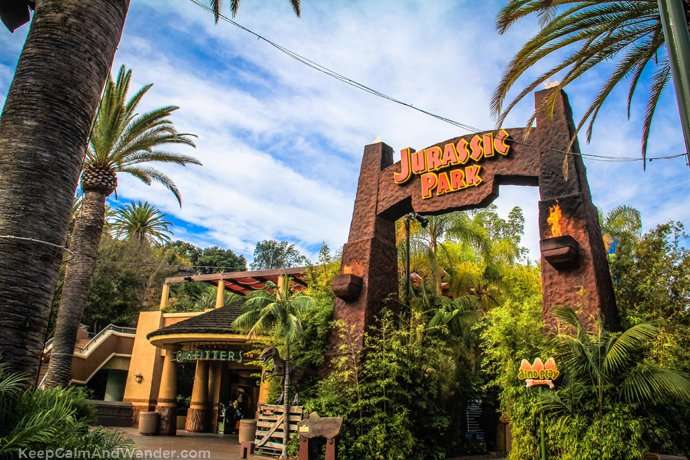 12. And this car was used in Police Academy movies.

13. Never miss the live, action-packed performance of the [easyazon_link asin=”B002LFAHBE” locale=”US” new_window=”yes” nofollow=”default” tag=”pridecostume-20″ add_to_cart=”default” cloaking=”default” localization=”default” popups=”yes”]Waterworld[/easyazon_link]. Check the performance times right after you enter the gate. Ask for the brochure. Hint: Do not sit on the first rows if you don’t wanna get wet. 🙂

15. Shrek will give you a high five there!

16. Mickey and Minnie Mouse will be delighted to see you. 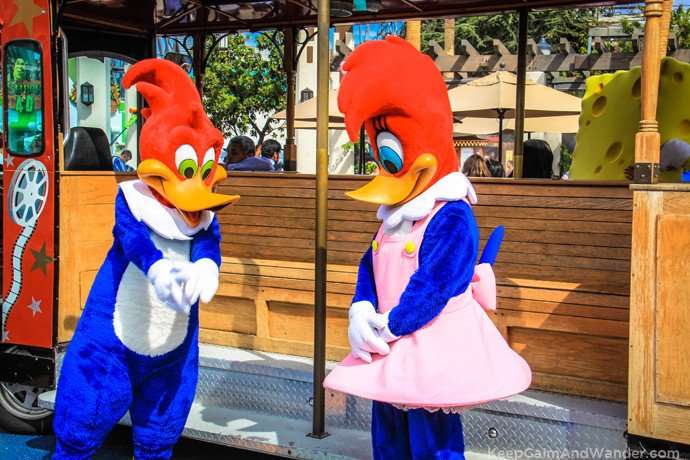 17. Joker is all smiles at everyone he sees!

18.  Marilyn Monroe is alive and drives a cadillac! 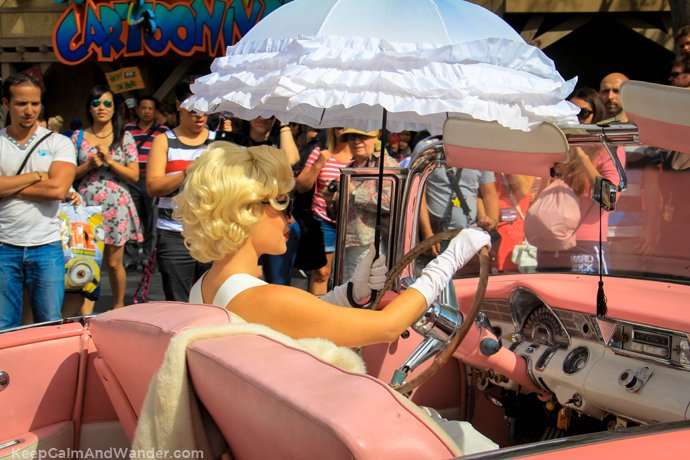 19. And oh, the Animal Actors are so adorable on stage!

20. You’ll find familiar animals you see in movies. Like this owl, Olympus, from Harry Potter.

21. If you’re an old soul, the Blues Brothers are ready to entertain you while waiting for other family members frolicking in the rides.

22. Because you’re in Universal Studios, watch and learn Movie Magic.

You will learn how movies are made with special effects. 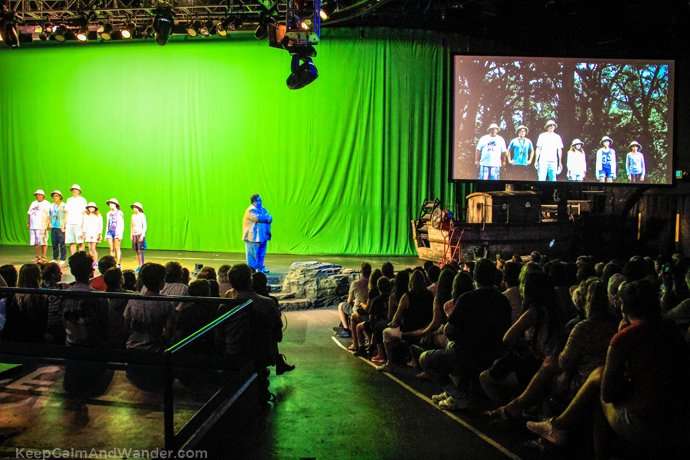 25. KINGKONG is hungry! Or ready to photobomb you should you take a picture below him. 🙂

26. At the end of the day, when you’re tired and hungry and thristy, check out Hard Rock Cafe. If you don’t have a budget for that, just look up to that reaaallllllllyyyyyy huge guitar! 🙂

27. AND MOST OF ALL, do not skip the Universal Studios Tour. Why? See this post on why you shouldn’t skip it.

2. Plan ahead. If you plan to watch live performances (I recommend the Waterworld and Movie Magic), make sure to know when and where.

3. Bring extra shirt/s. You might get wet when watching Waterworld or doing the Jurassic Park ride.

5. Go there early. You know what they say, “Early bird catches the worm.”