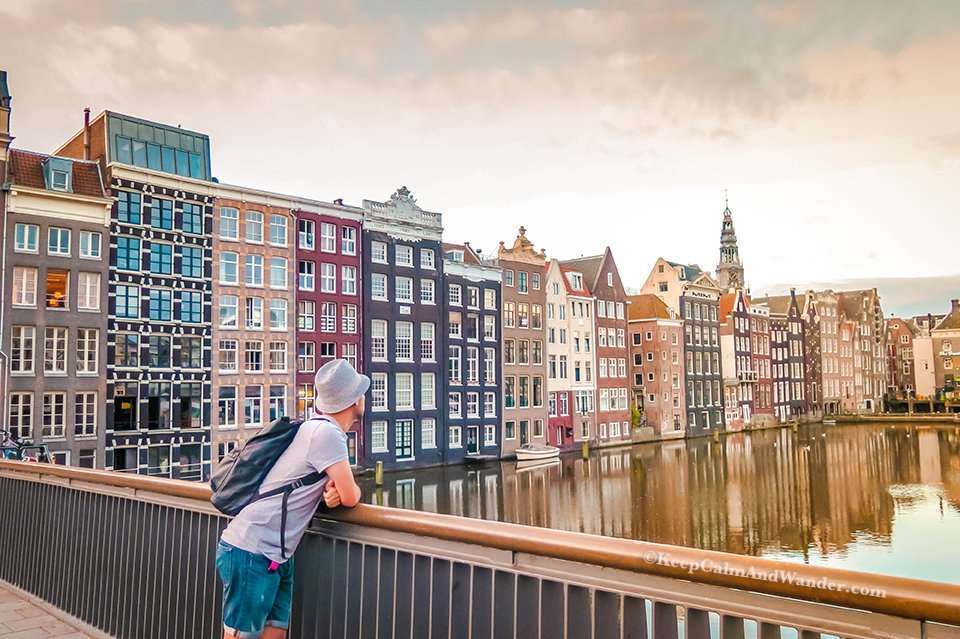 What Amsterdam Looks Like Without the Tourists – Morning in Amsterdam (Netherlands).

Here are photos of what Amsterdam looks like without the tourists.

It is estimated that there are around 17 million tourists that visit Amsterdam every year. For a tiny city, this number is already insane! Come in summer and you might think you’re in China due to the crowd – everywhere! Your photo will always have people in the background. Unless you’d walk away far from the centre. You can’t even enjoy a very nice, quiet meal in a restaurant. Bicycle? Forget it! Biking downtown is truly a nightmare for someone who doesn’t know the city’s shortcut corners.

Go Around in the Morning. Before tourists are awake, take a stroll along the city’s canals and squares. Though it’s quiet but you’ll appreciate the city’s layout without the crowd. The canals are serene and seem to have a personality of its own. At 7:00, the locals start to go out by riding their bikes to their offices. You’ll be hearing more bike bells anywhere you go and suddenly, you feel that you’re really in Amsterdam. By 9:00 a.m., the city starts to look a lot more like Disney again. 😀

Things to do in Amsterdam. Rijksmuseum is a must for every visitor. Don’t forget to pose in front of I Amsterdam letters. Then, walk to the Van Gogh Museum. Stroll the canal on foot or on bike. If you’re curious, go around the Red Lights District and visit the Museum of Prostitution. Book your ticket ahead when planning to see Anne Frank House. Pass by Amsterdam’s narrowest house facade on 7 Singel Street. Go people watching on Dam Square and find the apartment bought by Justin Beiber, Amsterdam’s most expensive real estate. And there are many more.

Start and Finish Line. I started my stroll from Amsterdam Central Station and came back on the same place 3 hours later. Once I got out of the station, I went across the bridge, followed the rail tracks until I arrived at Dam Square. Then, I turned right until I reached the canal. I followed the canal route (turn left) and used my common sense. 😀

For 3 nights, I stayed at Budget Hostel Heart of Amsterdam. It’s at the center of Amsterdam’s famed Red Lights District. If you don’t mind a bit of noise in the evening, you’ll be fine here. From here, it’s a 12-minute walk to the train station. You can book it through Booking.com.