As the sun sets over the bustling city of Bangkok, Wat Saket Temple emerges from the shadows, its golden spire glinting in the fading light. Nestled atop a hill in the heart of the city, Wat Saket offers visitors a tranquil escape from the chaos below.

Also known as the “Golden Mount,” Wat Saket is a sacred site for Buddhists and a popular tourist attraction. The temple’s history dates back to the Ayutthaya period when it was originally built as a chedi or stupa to enshrine the relics of the Buddha. Over the years, the temple had undergone several renovations, the most recent being in the early 19th century, when the current golden spire was added.

Despite its rich history, the views of Bangkok from Wat Saket truly take one’s breath away. From the top of the temple, one can see the city sprawling out in all directions, its towering skyscrapers and busy streets a stark contrast to the peacefulness of the temple grounds.

On a clear day, the views extend all the way to the Chao Phraya River and the iconic Wat Arun Temple on the opposite bank.

In addition to its stunning views, Wat Saket also offers visitors a glimpse into traditional Thai culture and spirituality. The temple grounds are filled with colorful shrines and statues of Buddhist deities, as well as a peaceful garden and a small museum that displays artifacts from the temple’s history.

At the base of the temple lies a 300-step staircase that leads to the top of the Golden Mount. The climb may be strenuous, but the reward is worth it – a panoramic views of Bangkok from the top of the hill, as well as the chance to ring the massive bell at the summit.

Yes, don’t be afraid to ring those bells!

Whether you are a devout Buddhist or simply seeking a peaceful escape from the hustle and bustle of the city, Wat Saket Temple is a must-visit destination in Bangkok. Its rich history, stunning views, and serene atmosphere make it a true gem in the heart of the city.

How to get to Wat Saket

Take the MRT or MRT and get off at Sam Yot. From here, you take a tuk-tuk or a Grab if the heat is unbearable. If you’re up for a walk, it’s only 11 minutes from the MRT! The entrance fee to Wat Saket is 50 Baht. If you can wait longer, the sunset from here is breathtaking. Try to avoid mid-morning and mid-afternoon here because the temple is crowded with tour groups from different countries.

Where to Stay in Bangkok

Bangkok has places to stay for every traveler. The Khaosan area is a backpacker’s paradise for cheap hostels and accommodations. The nightlife here is insanely loud and crowded. The area of Silom offers LGBTQ hostels/hostels and other accommodations. Downtown Sukhumvit is posh, but the noise and traffic can be really discouraging. I didn’t stay in these neighborhoods because I prefer a serviced apartment with a good wifi connection. I stayed at Sitara Place Hotel and Service Apartment, which is 6 minutes walk to the MRT and surrounded by malls, street food stalls, and night markets. 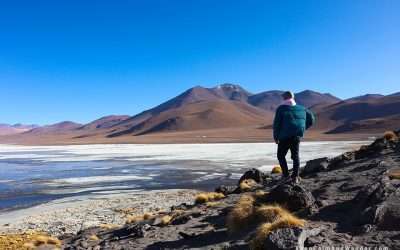 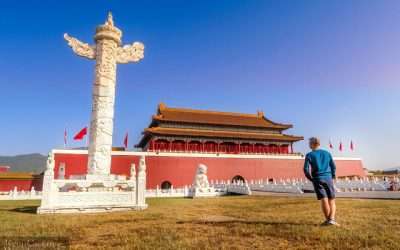