A walking tour in Jakarta is possible – as long as you have the stamina to walk around, of course! And when I say walk, I’m talking about 4-6 hours of movement from one place to another. But such length of time depends on the pace you’d like to take. Remember that Jakarta is a huge city and streets can be confusing for a first time visitor.

I highly recommend getting a private tour guide for this walking tour – just like I did. It saved me so much time from researching and using Google maps. My guide made sure that I had a total experience of the city. We walked in streets and alleys, crossed bridges and passed through the nitty-gritty parts of Jakarta. We also took a shared public cab once and got on a train – and I loved the experience! If you want the same experience I had, you better call or send WhatsApp text message to Prie via +62-818-0228-8008.

The Walking Tour – Things to do and see in Jakarta

My tour guide picked me up at Oria Hotel in central Jakarta on a rainy morning. He brought with him two raincoats, just in case we needed it. Fortunately, when we started at 9:00 in the morning, the rain temporarily stopped. And since the streets were wet and slippery, we walked slower than expected. These are the places and activities we did – in order of visitation.

The first tourist attraction in Jakarta we visited was the city’s National Monument at Merdeka Square. It is a tower that stands at 433 feet and visitors can take an elevator all the way to the top. Jakarta’s skyline from up there is incredibly worth seeing.

This Indonesia’s version of the famed US White House where the President lives. However, Merdeka Palace is just one of the six palaces for the Indonesian President. We admired the building across the street. We didn’t really go up close and personal.

On the West side of Square Merdeka, you’ll find this Greek-inspired white building with colossal columns. Indonesia’s National Museum contains thousands of valuable archaeological artifacts. The open courtyard and hallways are packed with ancient, historical finds.

When the Dutch arrived in Jakarta, they built their own cemetery in 1795. Perhaps, this is one museum you would never expect to see because it’s a cemetery. I was kind of adamant to go inside but it’s actually pretty interesting. The graves, tombstones, sculptures, and architectural designs are living proof of Dutch colonialism. Strolling around was like a time travel in the 18th century.

We visited 3 or 4 temples in this area. Right next to it is a local market where we saw things you’d never expect to be sold.

On our way to Jakarta’s Old Town, this impressive building is truly a head-turner. We didn’t go inside because, you know, I’m not a numismatologist or someone who is into money or one who worships money. 😀

So, we had our lunch here, inside the Old Town of Batavia. As soon as you enter the gate, the colonial buildings built centuries ago still stand mighty and proud. At the restaurant, my guide recommended a local food which I devoured with much gusto!

Across the restaurant where we had lunch is this interesting museum. The building was once used as a city hall for the City of Batavia, the capital of the Dutch East Indies. Inside the museum, you will find great paintings and a mural that depict the life of bygone eras.

It’s huge and a bit crowded with locals and tourists taking selfies with props (umbrellas, bicycles, etc.) they can rent from vendors. Centuries ago, this same square was the centre of civic engagements.

I love this museum! If you have never been to a Puppet Museum before, this is a very good introduction to the world of puppetry! There are countless puppets and its overwhelming to see them all in a short time.

Well, what can I say? This is Indonesia’s oldest bridge! Dutch East Indies Company built this in 1628!

Every object related to maritime is found here. The museum is well-organized, showcasing Indonesia’s sea trade with other nations. While the building was once a warehouse owned by the Dutch East Indies Company, this was also used as logistic storage during the Japanese occupation.

Though it’s not really tall, I’d still recommend you to climb its stairs. The views on top are still worth seeing.

On our way to the Old Train Station, we passed by a street full of murals. There was also a covered pathway in a dilapidated building where street artists lined up displaying their arts/sketches/paintings. They can even draw you – if you want a souvenir like this.

It’s an old train station with old trains of old yore. It was an interesting ride all the way to Mosque Istiqlal.

I’ve been to a lot of mosques in my life, and they’re all pretty the same inside. So, I told Prie that we should skip it. Admiring its exterior is enough for me.

Not far from the mosque is this neo-gothic Catholic cathedral where the archbishop resides. Indonesia’s first President chose to build the site of the mosque across the Cathedral to show that Jakarta is a city that embraces religious freedom.

You can’t miss this statue at Lapangan Square. This is a place where locals hang out in the afternoon. It’s a good place to go people watching – if that’s your thing. 😉

I was in Jakarta twice on this trip – and so I stayed in two different hotels: Oria Hotel and Simple Hotel. They are both on the same street – at Wahid Hasyem Street. Staying on this street is the best decision ever. It has restaurants, groceries, and shops where locals go. Also on the same street, you’ll find western fast-food chains (McDonald’s, Pizza Hut, Starbucks, etc.). Twenty minutes walk from the street, you will find two of Jakarta’s premier shopping malls. The staff members were nice, too, and wifi connection was okay. The rooms are basic but clean. You can book both hotels via Booking, TripAdvisor, and Expedia. For cheap hostels in Jakarta, HostelWorld has a list of them. 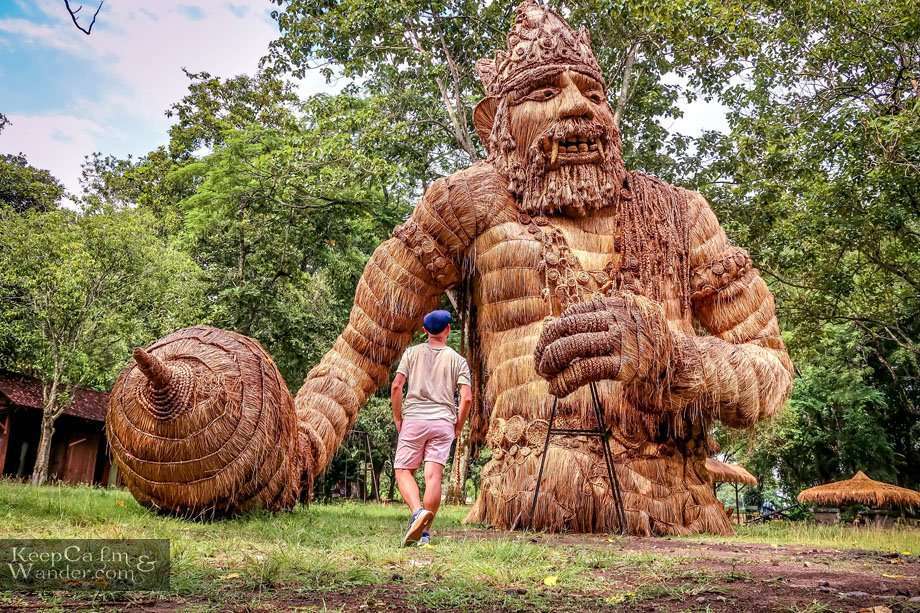 Analana Park – Where the Weird Things Are 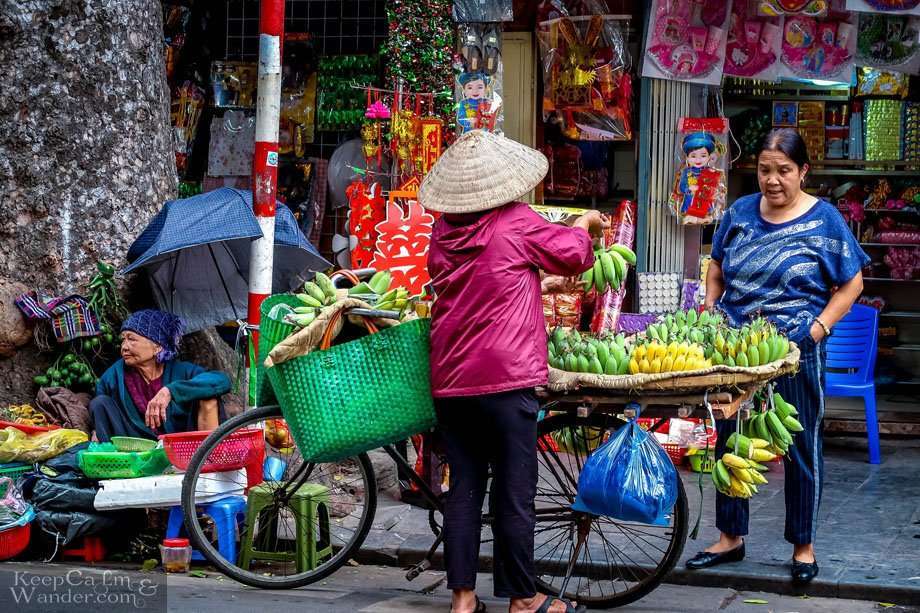 20 Things to do and see in Hanoi