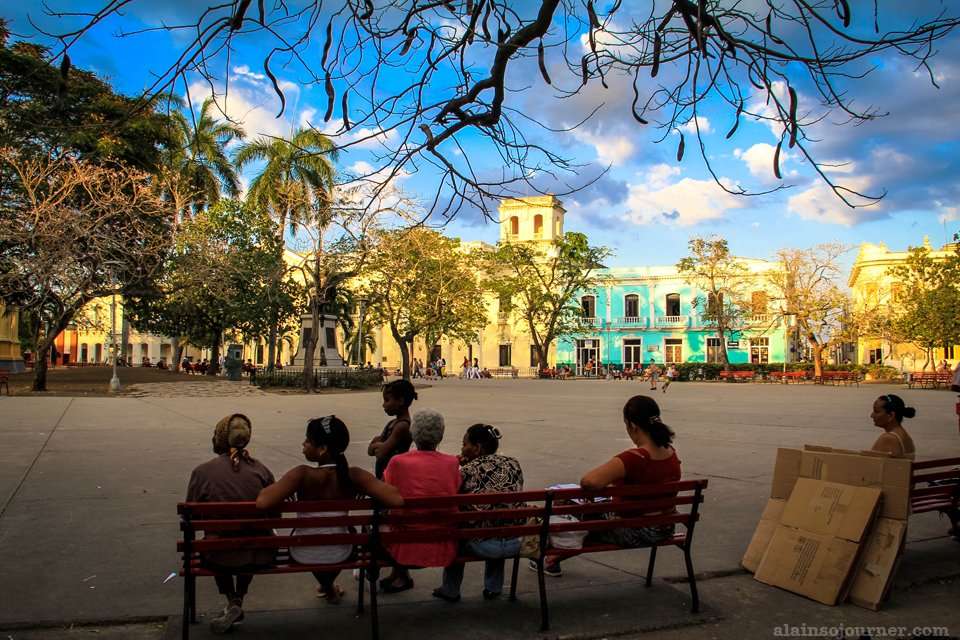 If you love history and all things that are associated with Che Guevarra, Santa Clara is the place to be. The famous guerrilla is immortalized everywhere around the city. It’s like the city is a memorial to Che. You see him in propaganda billboards, murals and souvenirs. Visiting Che Guevarra in Santa Clara is good for a day’s tour—and the good thing is, it’s less touristy.

Without all things Che, the city won’t be appealing to tourists. It’s the only city where I wasn’t bothered by aggressive touts and scammers that’s proliferating in cities like Santiago de Cuba, Havana and Trinidad. The reason I dropped by this city for two nights wasn’t because of Che—but because Santa Clara is …

“a city of new trends and insatiable creativity, where an edgy youth culture has been testing the boundaries of Cuba’s censorship police for almost a decade.”

And I must admit, it’s true. People there are more open-minded than any other cities I’ve been to. On the weekend I was there, Parque Vidal and the surrounding streets were still crowded at 1:30 in the morning with party animals drinking, dancing and having good times with their friends.

This is Parque Vidal, the center of the city.

Parque Vidal is a good place for people watching, especially in the afternoon when people are coming out of their jobs and parents bring their children to play here.

At 8PM, the city’s orchestra led the singing of the country’s national anthem. Everybody stood and stopped whatever they were doing. A mini-concert followed.

Join the yuppies at Europa Cafe.

This place seems to be the hangout for young Cubans with jobs. Good place to meet other backpackers, too. Prices are so cheap–and the only cafe I’ve been to in Cuba where both the locals and the tourists pay the same price.

Right outside the Provincial Capitol, a statue of Che carrying a child is immortalized. Look at it closer, from head to shoes, and you’ll find some symbolisms embellished in the statue.

Che Guevarra and his men derailed an armored train that led to a 90-minute battle with their enemies. The said battle ended Batista’s regime and ushered Castro’s rule of the country.

Historically, Che Guevarra used this as a strategic point to see the enemies approaching. Today, it’s the best place to see the city’s panorama.

The museum is under Che’s monument. It displays the guerilla’s diaries, uniform, photos and other things he used during the revolution. No photos allowed.

Also under the statue is a mausoleum for dear Che and his fellow soldiers who were executed in Bolivia. Their bodies were found years later and was brought back to Cuba (only 17 out 38). On top of Che’s grave is a small pyramid that carries the eternal torch. Fidel Castro lit the fire in 1997 — and only time can tell when the light shall be extinguished.

Wear pants. They almost didn’t let me in because I was wearing shorts. But they let women come in spaghetti strap tops that are almost like a lingerie. Price: 5CUC for strangers. 5 Pesos for locals. There’s no translation during the show. If cultural shows are not your thing, you can check out the interior during the day for 1CUC.

The pic above isn’t your typical club setting but this is home to Cuba’s most famous transgender cabaret shows. On weekends, it’s packed and it could be impossible to navigate around. It’s mostly young people dancing and drinking and making out. Not to mention flirting. Drinks are cheap.

At Santa Clara’s Bus station, the commandante is a permanent fixture on the wall.

Yes, I know, museums are boring—but this one is the most boring I’ve ever been to.

Do you like ancient, baroque and art deco furnitures? You should come inside this museum.

Well, if you have enough time, visit some churches—even if you are not religious. It’s always interesting.

Take photos of Che as many as you want

Just like I told you, Che is everywhere in Santa Clara. He’s like the Big Brother watching wherever you go.

Life in Cuba might be the same all over the country, but not all streets are created equal, right? There’s always something new if you’re just keen to notice it.