The views from Mandalay Hill won’t really sweep you off your feet if you’re expecting a jungle of skyscrapers. Instead, you will be able to see towering golden stupas littering the city plains. Believe me; you won’t be able to count them all. There are just too many of them – from the plains to hills, cliffs, and mountains.

Also, one of the obvious things that you notice is the greenery below. Mandalay, though an old city, is still covered mostly in greenery. It’s like a city in the middle of the jungle.

You’d still be able to see trees everywhere in the city streets and the bustling downtown. Hopefully, it stays that way.

How to Reach Mandalay Hill

There are three ways to reach there. You can either take a small public “bus”, hire a Grab motorbike or climb through the steps. The small public “bus” is at the main road entrance to Mandalay Hill. You can’t miss the people barking for passengers to get on the bus. It won’t leave unless it’s fully packed. To make your trip to the top easier, hire a Grab motorbike. It’s cheap and reliable, too. If you are up for a hike, take the stairs. Find the two gigantic white Chinthe (half-dragon, half-lion) statues where the steps are. If you don’t find them, ask anyone around you. They will certainly show you the way if they understand what you are asking for. 😀

Remember, there are 1,729 steps to the summit. If you think it’s exhausting, you better take them on your way down.

What to See Up There

Well, as expected, there are temples/pagodas up there. The most known one is the Sutaungpyei which means “wish-fulfilling.”

It is said that it was on this hill that Buddha foretold that a great religious city would rise from its base.

It was mid-afternoon when I arrived, and the crowd was at its thickest.

I had to sit somewhere for 30 minutes, waiting for the crowd to dwindle. But I was wrong. It got thicker. So, I decided to explore the areas away from the main place of worship.

As usual, there are a few scary statues of ogres.

And no matter how many pagodas I’ve been to in Myanmar, they never fail to amaze me.

Its architectural designs, patterns, and other detailed ornaments always attract me.

Oh yes, donation boxes are everywhere, too! And as expected, they’re put right in front of Buddha statues.

But, there’s one statue that is being celebrated here – that of the twin serpents! Legend has it that two snakes used to frequent the pagoda to pay their reverence to the Buddha.

Pilgrims feed the two cobras with money and pray while touching their heads.

The Sunset from Mandalay Hill

It was a mistake to be here in the mid-afternoon. I couldn’t wait for the sunset because I was done in an hour and a half here. I then understood why the place got crowded – because most wanted to see the sunset from here. As for the sunset, I had other things planned out. I went to Kyauk Taw Gyi Pagoda at the base of the hill.

I stayed at the Royal Pearl Hotel, which is 10 minutes walk to/from the Mandalay Palace and 5 minutes walk to the train station.  Hotel Iceland. There are a lot of convenience shops, restaurants, and food stalls in the area. The rooms are clean, and the staff members are nice. You can book it via Booking. 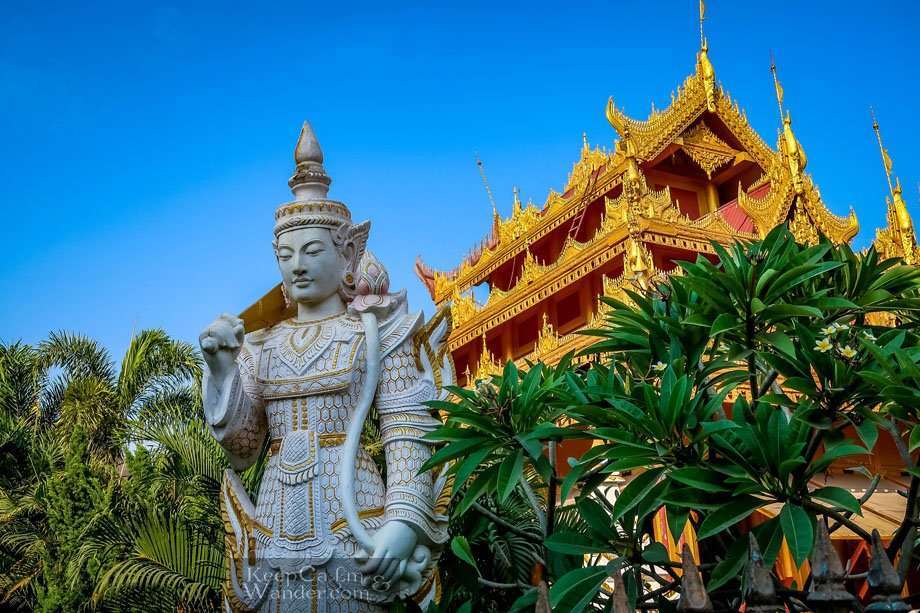 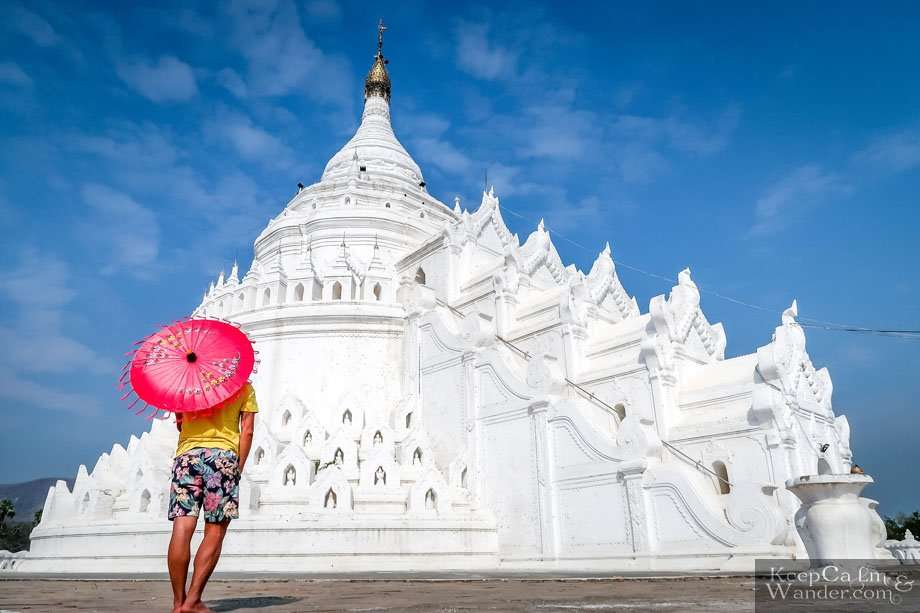