Approximately 90 minutes away from Manila, on the clearing above the subtly mighty Mt. Gonzales, there is an unfinished mansion or a palace that speaks of the cruelty of human extravagance when it reaches its epitome. Called the “Palace in the Sky”, it is hard to believe that the rustic mansion with its dusty verandas and weeded empty swimming pools were meant to be built just for the visit of President Reagan and to savor the view of Taal Volcano, located on the Island of Luzon, in the foreground.

Its construction had begun in 1981, just two years before the planned visit. However, more than its construction treatise, the story of the authorities that sanctioned its construction is of immense importance and at the same time of ridicule – at least for the Filipinos. 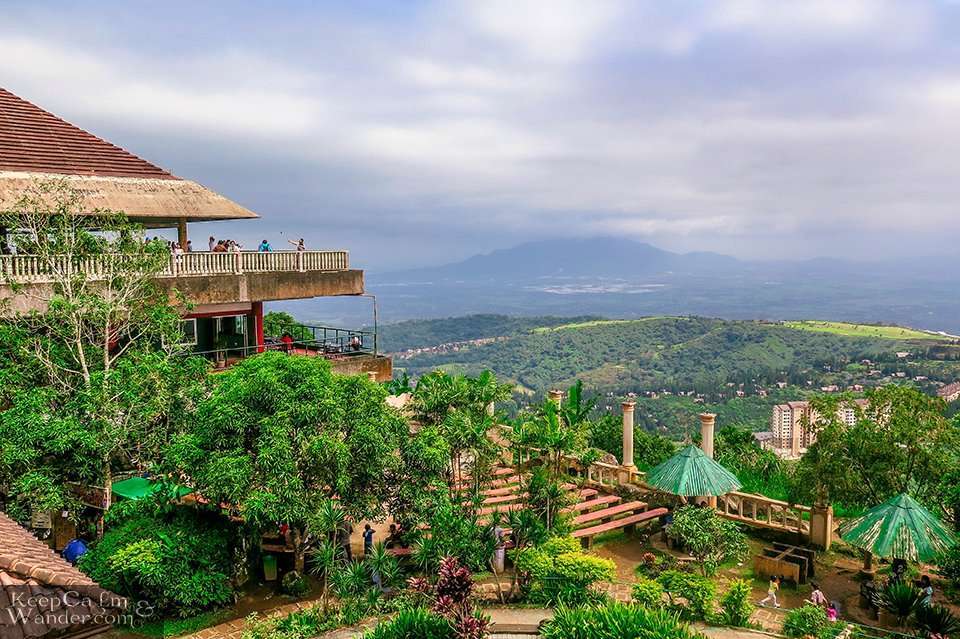 Imelda Marcos—the notoriously extravagant spouse of the former dictator Ferdinand Marcos—was visiting her friends in Tagaytay, a ruler area dominated by the farmers of pineapples, coconuts, and root vegetables, when she laid her eyes on the government-owned 25,00 feet peak of Mt. Gonzales. This is when she decided to have the top cleared for the construction of her new lavish house. Consequently, a new road was constructed to the top and the mansion’s foundation stones were laid. 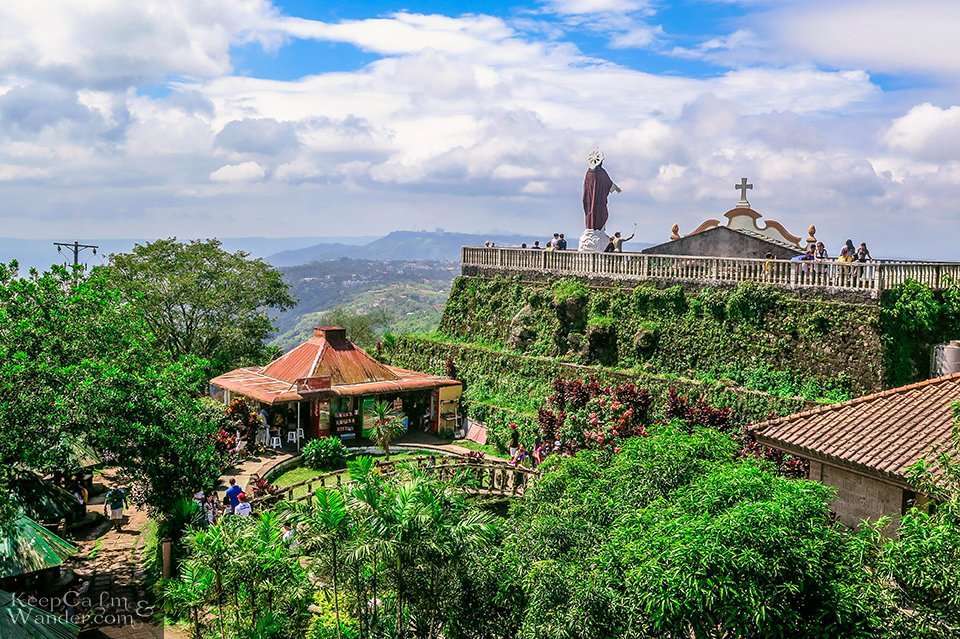 However, after spending some $10 million on it, the construction stopped completely because of the cancelation of President Reagan’s visit to the Philippines. Imelda never visited the mansion and it was left incomplete. Later, when the Marcos fled to Hawaii, it was opened to the local public. Curious Filipinos and tourists from around the world have been visiting this palace ever since to witness the unfinished business of arrogance, extravagance, and corruption.

View of Taal Volcano from the Unfinished Marcos Mansion 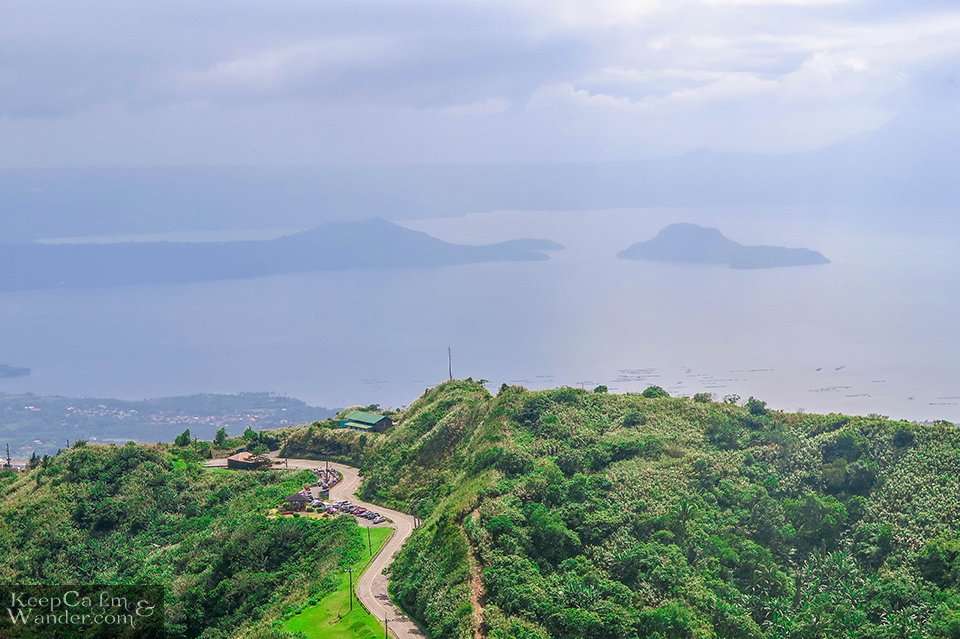 The significance of the unfinished palace in the sky only appears to the eyes when they are laid ahead to savor the breathtaking view of the Russian Doll of Philippines, the Taal Volcano. It is called a Russian Doll because a Tiny Vulcan Point Island resides inside the Crater Lake, which is situated in the volcano, which itself is located in the Taal Lake and all of these are placed within the Taal Caldera. 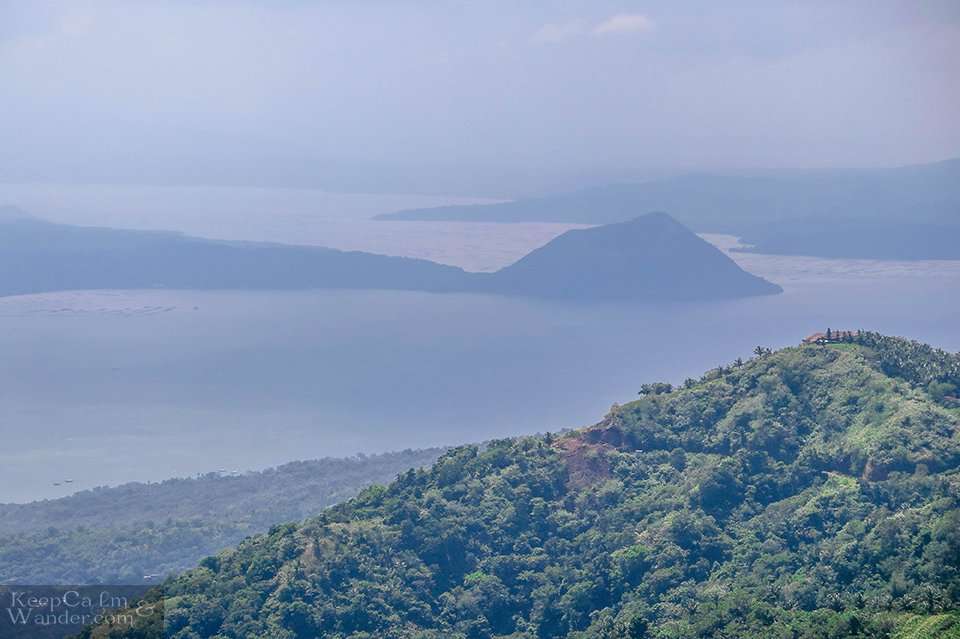 Speaking of the volcano, it is the smallest in the world and yet the most active one. Its bizarre vegetation, small extent, and bare caldera can be spotted from the mansion and one cannot help getting attracted to the imminent danger clad in beauty lying ahead.

The volcano has a history of erupting and spewing the anguish of the Earth for about 30 times since 16th century. In the aftermath of these eruptions, the total lives that it has taken are more than 5000. It is only recently that it has been sealed by Mother Nature to contain the demon, but for how long?

Related: The Chocolate Hills in The Philippines 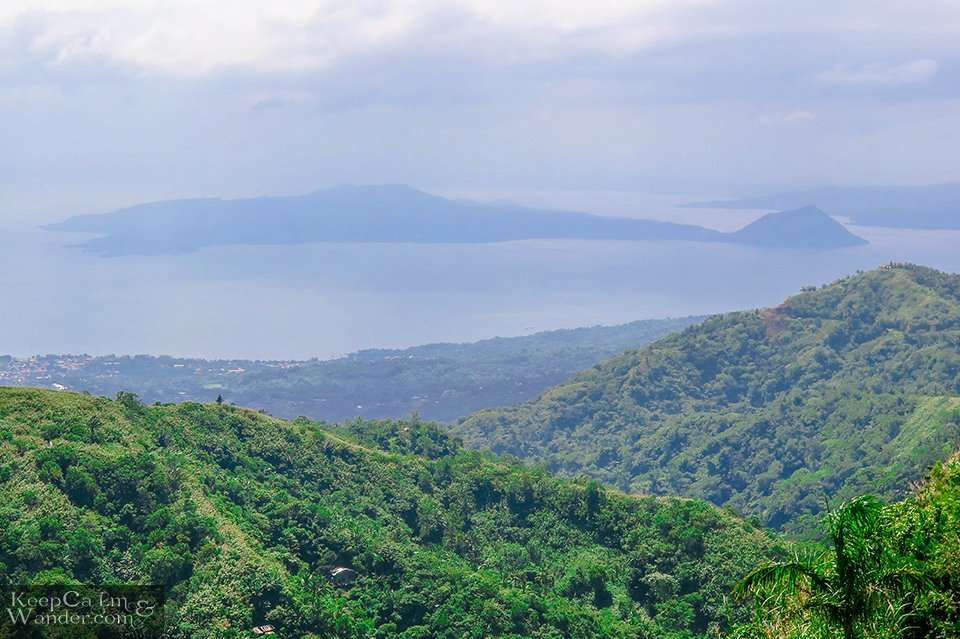 It is still active and on some occasions the Filipino government shut the spot up for any visits after upgrading the warning from Alert Level 0 to Alert Level 1, meaning the volcano still shows no intentions of erupting, but it is wise to stay away.

Why Visit the Volcano? 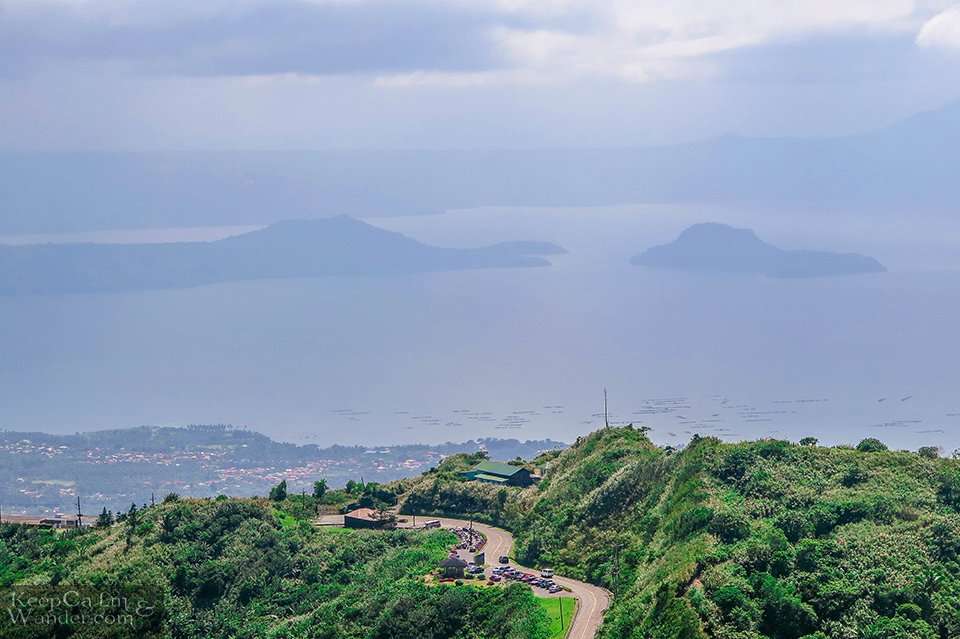 Taal Volcano is no ordinary one. Its history combined with its location in the Tall Lake makes it intriguing, challenging, and daunting. Since 1977, it hasn’t erupted and this is why it provides a good chance for travelers to step on the volcanic soil of an active volcano.

A 15-minute hike from the bottom to the top is signified by the pungent odor of sulphur and the related gases, the views of the surrounding lake and that of the patches of whitish, yellowish Sulphur lining and dotting the extends of the volcano. Tourists can either hike by foot or by hiring horses that are led by the local guides towards the rim of the volcano. 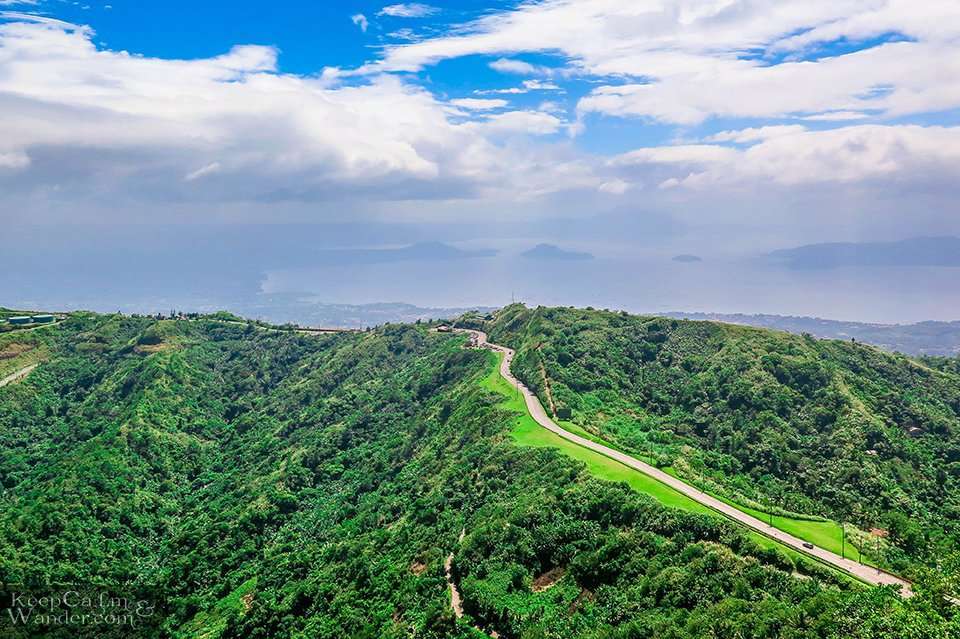 When the hike culminates on the rim of the volcano after some 45 minutes further, the sites of the rising fumes from the earth near the trails, and the bubbling of the water enclosed by the crater become all too overwhelmingly surprising. People are seen throwing golf balls at the creator and enjoying the general view of the waters surrounding it. 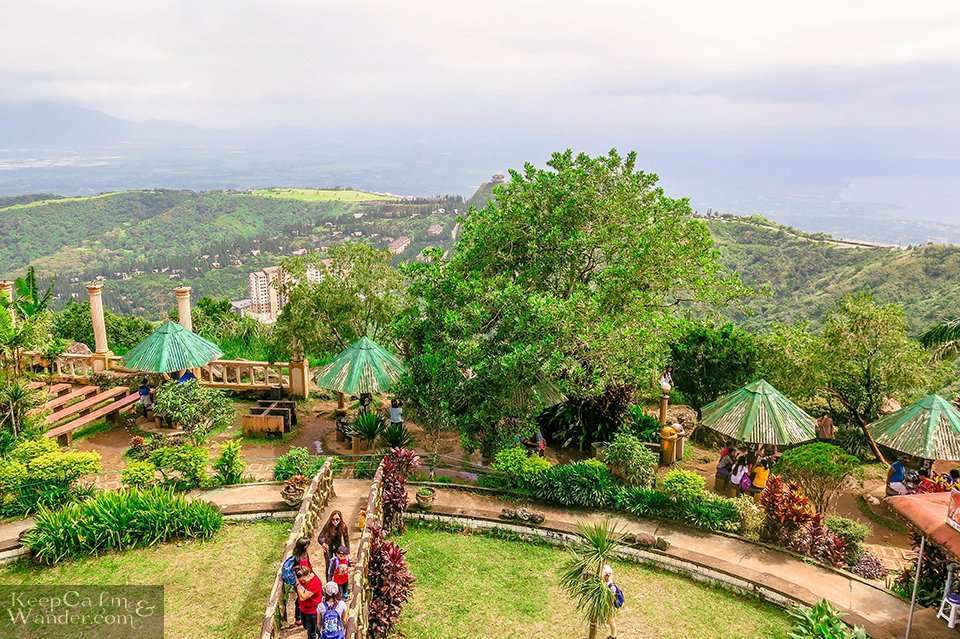 Reaching the volcano is an adventure on its own. Small canoes that take visitors to the volcano across the dark blue waters of the Taal Lake are parked alongside the rim of the island. Aboard these boats, one almost feels as if he or she is sailing towards his own doom. 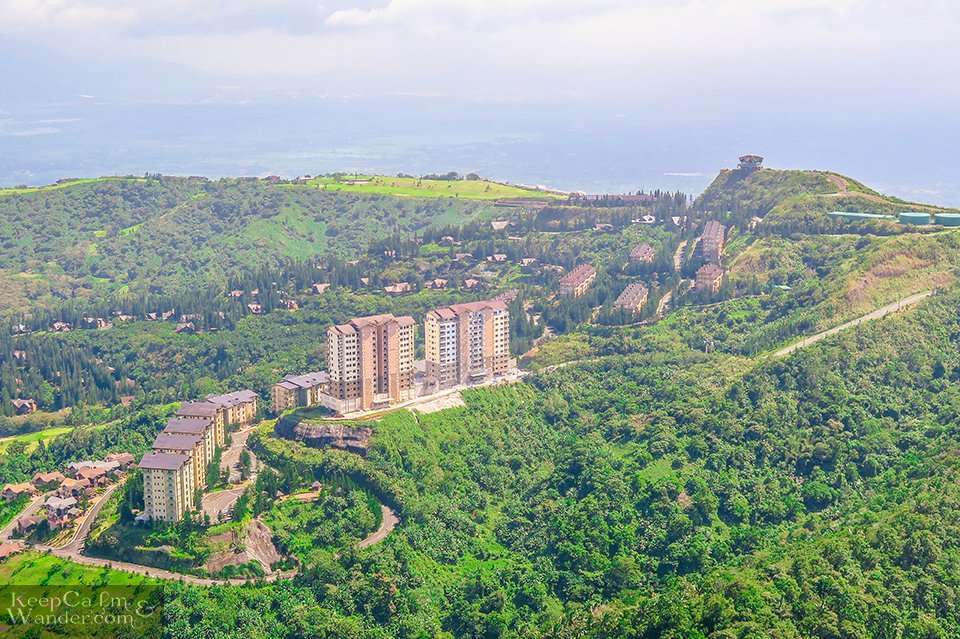 Taal Volcano is a dangerous but beautiful reality that we need to see before, God forbid, it shudders to eject the ungodly fire out of its crater. Although the unfinished Marcos’ palace is a great place to view it from, you’d only be able to delve into its true identity once you step on its soil.

WHERE TO STAY IN TAGAYTAY

If you want to stay closer to the volcano, your best option would be to rent a cottage or stay at apartment hotels. There are many of them along the lake where your bedroom view is the volcano itself. Check them out HERE.

AsiaPhilippinesTagaytayView of Taal Volcano from the Unfinished Marcos Mansion 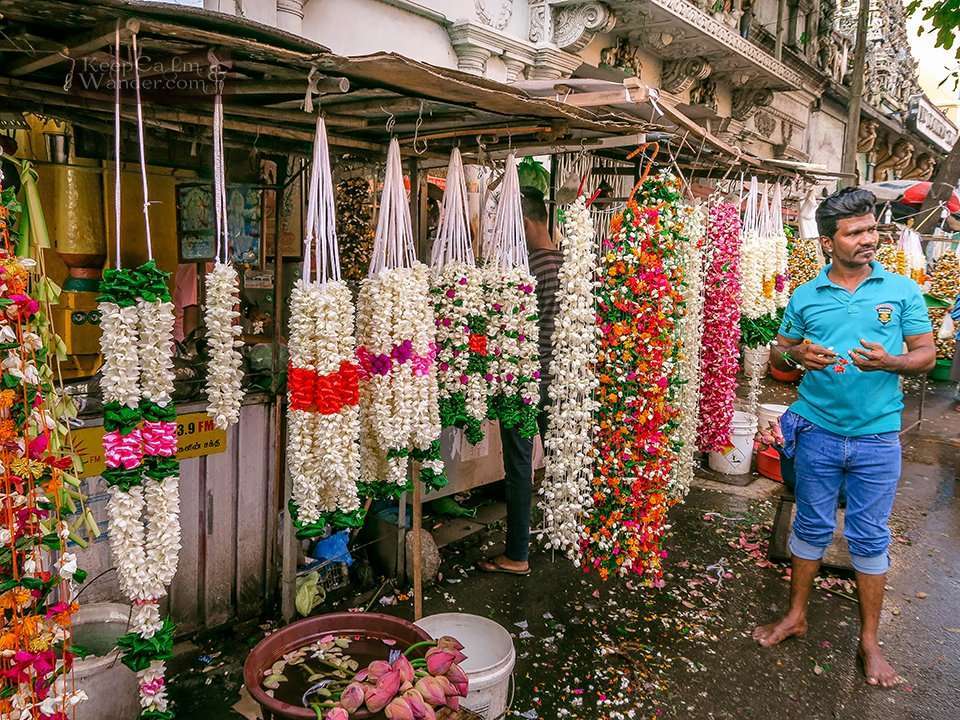 Colombo: What to do and see in Peetah 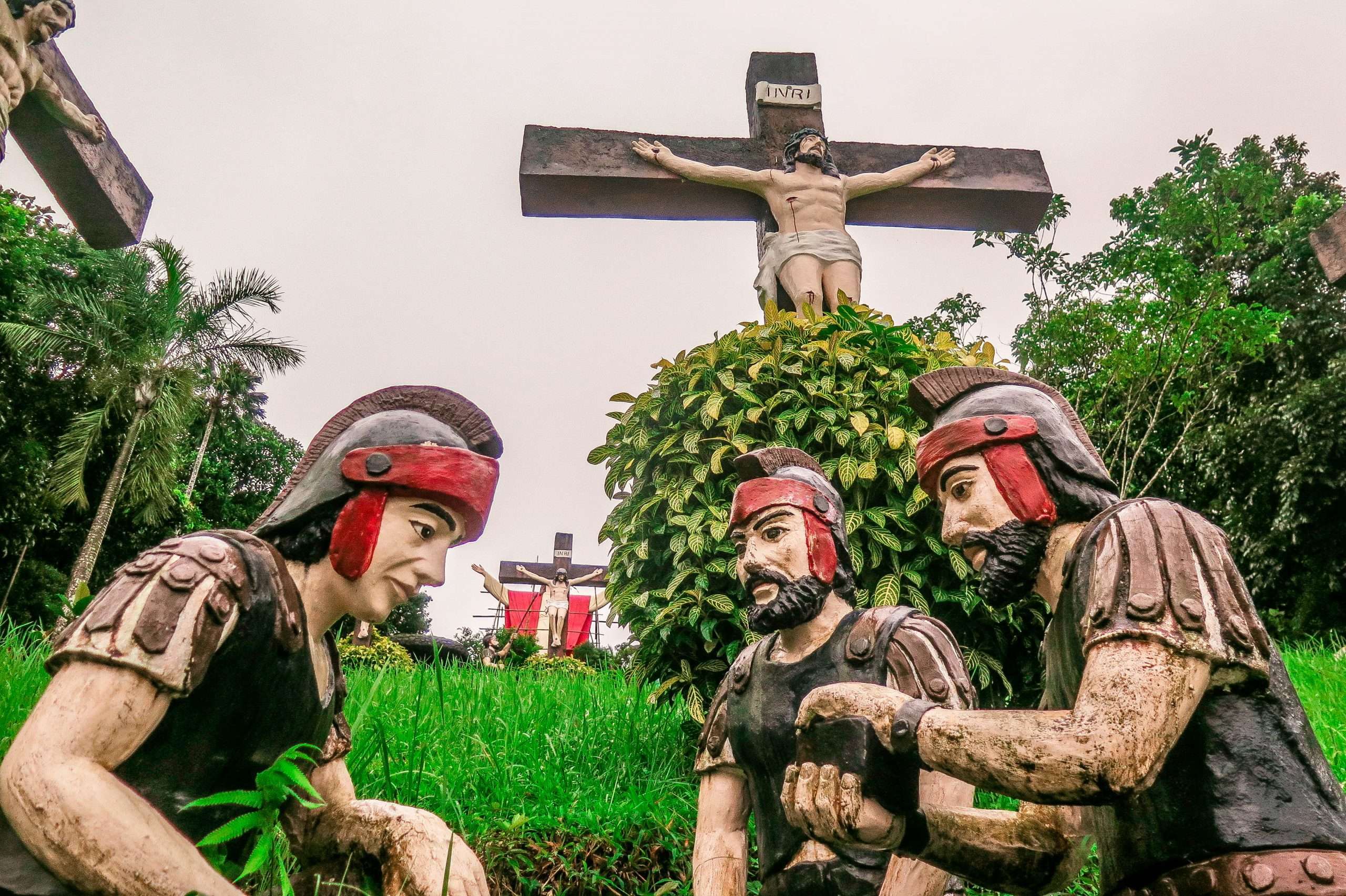