Traveling in Peru by bus is possible, and I don’t mean traveling on dirt, dusty roads or unreliable public transport with caged chickens and pigs as your fellow passengers. Of course, I’m talking about traveling by bus – in style!

Let me be honest – all I knew about Peru before the trip revolved around Machu Picchu. When I started researching places to visit in the country, I was excited to find out that all the attractive destinations I wanted to see were accessible by bus. I don’t even have to worry about transferring from one bus company to another—or worrying about getting scammed in bus stations.

Perhaps, you might have heard of Hop-on-Hop-off buses in big cities, like London, New York, or Toronto. These buses go around the city, stopping at famous landmarks where you can get on and off anytime within a day or two.

In Peru, there’s this same bus with the same concept, but it goes mostly south of the country and even extends to Bolivia, a neighboring country. This concept takes a whole new level to get around Peru – on a bus, with a guide, but you’re not really on a bus tour! Before you disembark, the guide will give you tips on what to do, see, eat and drink in the places you will be going. Once you reach your destination, you’re on your own! And the best part about it? The bus will drop you off at your hotel or hostel, making it safer, especially when you arrive late at night or early in the morning.

Option 1: You can start from Lima and end in Cusco. Then fly to Lima. If you take this option, you will stop at these places: Paracas, Huacachina, Nazca, Arequipa, Puno, and Cusco.

Option 2: Fly from Lima to Cusco and then take the bus to Lima. This option will take you to: Puno (or Bolivia if you have time), Arequipa, Nazca, Huacachina, Paracas, and Lima.

Suggested Itinerary from Cusco to Lima

In my case, I followed the Option 1 itinerary above. I landed in Lima from Toronto and explored Peru’s capital for three days before flying to Cusco.

When you are in Cusco, have at least two days exploring the ancient city to acclimatize yourself to the high altitude. I’m telling you – high altitude sickness is absolute – no matter your age. Some might have severe reactions, while others might have mild conditions.

THINGS TO DO IN CUSCO: Join a free walking tour of the city. Explore Machu Picchu, of course! This is the reason why you came to Peru in the first place, right? Just a reminder that you can’t go inside Machu Picchu without a tour guide and you have to book your ticket in advance because they limit the number of visitors to go in every day. Visit Maras (salt pool), Moray and Olantaytambo. And if you are brave enough, climb Rainbow Mountain, which is as high as the base camp of Mount Everest!

WHERE TO STAY IN CUSCO: We stayed at Wild Rover Cusco. They have a bar overlooking the ancient city. It’s only 10 minutes walk down to the city center. After the hike at Macchu Picchu, we went back to Cusco and we stayed at Cozy Room Cusco. This is on the other side of the city and the neighborhood gives you a glimpse of Cusco beyond the historical center. It’s almost 1 kilometer to the city center but the walk is pretty interesting.

WHERE TO STAY IN MACCHU PICCHU: We stayed at Casa del Sol Machu Picchu which is a stone’s throw from the train station.

Puno takes pride in Lake Titicaca, the highest navigable lake in the world. A full-day tour takes you to Uros, the floating islands in the middle of the great lake. However, the tour was kind of a scam. The guide constantly reminded us to buy something from the people on the island because their livelihood depends on tourism. It felt like forced or mandatory to buy overpriced goods. Besides this, getting to know people’s way of life is an interesting trip. Many of us felt so guilty for not buying anything from them. If you don’t want to join this trip, you can walk around the small town and wait for the next bus which leaves in the evening.

WHERE TO STAY IN PUNO: A fellow passenger on the bus who stayed for a night told me that he stayed right by the city center. He stayed at Hotel Hacienda Plaza de Armas.

I read in some guidebooks that this is, perhaps, Peru’s most beautiful city. I’m not sure about that though. I mean, I haven’t explored the whole country, so it’s fair to disagree at the moment, right? It is claimed to be a “Ciudad Blanca,” but don’t imagine it like the whole city is painted in white. That’s what I thought, but only to be a bit disappointed. Most parts of the old town are white, but not because it’s painted. It’s because of sillar, an abundant volcanic stone in the area that they used in building their colonial architecture.

THINGS TO DO IN AREQUIPA: When you arrive early in the morning, join the half-day “Ruta Del Sillar,” which will take you to the quarry where they got the white-ish volcanic rocks. In the afternoon, explore alone or join a walking tour of the city. On your second day, it’s either you join a hiking adventure to Colca Canyon or get on a tour bus to admire one of the world’s second deepest canyons. And here, you will see the gliding Andean condors, birds with an average wingspan of 10ft!

WHERE TO STAY IN AREQUIPA: I stayed at 2 places: Los Andes Bed and Breakfast (hostel) and San Agustin Posada del Monasterio (a hotel). I can highly recommend them both. Their location is perfect!

Our bus arrived late (just right after sunset), so we only had a short stop at Nazca Lines. We climbed the tower to the top in fast and furious mode to see the last embers of the sunset and the lines. We did manage to take a few photos and videos. Some passengers got off at the town of Nazca and stayed for a night, and I didn’t stay because all that I wanted to see were the Nazca Lines.

THINGS TO DO IN NASCA: Ride on a helicopter to see the mysterious Nasca Lines from above. They say there are 300 geometric shapes, over 800 straight lines, and 70 plants and animal figures.

WHERE TO STAY IN NASCA: A fellow bus passenger/backpacker stayed at Nazca Travel One Hostel for a night and he’d definitely recommend it to everyone.

Perhaps, you won’t expect that Peru has a desert. And there’s an oasis in the middle of the Huacachina desert. Surrounding the oasis are a plethora of ridiculously-priced restaurants and accommodations vying for tourists’ attention. I didn’t like the vibe, so I opted to stay just outside the oasis, 10 minutes walk away, and on the main road.

THINGS TO DO IN HUACACHINA: Join the pisco tour, which the bus operator organized. Of course, you can’t be in Huacachina without riding on a buggy that takes you to the desert hills and mountains. We also had fun doing the sandboarding in three different locations. It was nerve-wracking, but we ended the ride watching the sunset. Also, wake up early to climb the desert mountain and see the oasis from above. The breathtaking views up there were all worth the trouble.

WHERE TO STAY IN HUACACHINA / ICA: I stayed at Upcycled Hostel Huacachina which I’d highly recommend. It’s just a bit outside (10 mins walk) from the oasis but it’s a good thing because it’s quiet. They have their own bar/resto and a swimming pool. If you want to stay close to Huacachina Oasis and won’t mind the noise, then, you should stay at Wild Rover Huacachina, a party hostel.

Paracas is a small seaside town, 258 kilometers south of Lima. There’s nothing much to do in the town itself, except strolling along the coast. Beach? Well, there’s really no space for you to go swimming as the coast is full of motor/fishing boats. You might get out of the water smelling like a fish! 😆

THINGS TO DO IN PARACAS: Take a tour of Ballestas island, Peru’s version of Galapagos island. Unlike the latter, you can’t get off the boat on this tour. You have to stay for its whole duration. After the boat tour, there’s a free (yes, free!) tour to Paracas National Reserve, a protected area of desert and marine ecosystems, and one of South America’s largest protected reserves.

WHERE TO STAY IN PARACAS: I stayed at El Buen Samaritano Backpackers. It’s right in the center and less than 5 minutes walk to the sea. The bus also stops right in front of it.

* Lima – the Modern Capital of Peru

There are so many things to do in Lima but it all depends on what kind of traveler you are and what kind of places you want to see or things to do. If you are here for a short time, a day in the historical district and a day in Miraflores and Barranco area would be enough to explore. However, you really have to plan in advance on your day’s itinerary so as not to waste your time getting lost. But, hey, getting lost in a new city is ok – you’ll never know what the experience is in store for you!

WHERE TO STAY IN LIMA: I’d say that staying in Miraflores is your best bet. It’s modern and everything you need is close by. Even the locals would recommend to stay in the area because it’s safe. I stayed at Pariwana Hostel Lima in Miraflores. If you can afford it, book your stay at Innside Lima Miraflores.

This suggested travel itinerary in Peru is ideal for two weeks. I stayed for 5 days in Cusco, longer than other places, because of the ‘altitude sickness’ situation. The rest of the destinations, you can stay a night or two. Just make sure you know what you want to do and see in each town/city. Don’t see too many attractions in such a short time. Enjoy the trip and meet new friends who are also traveling by bus! 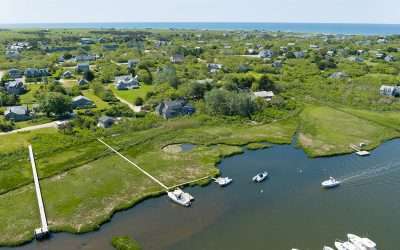 What to Do in Nantucket? 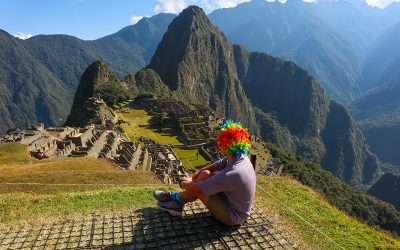 The Wonder of Machu Picchu