Verona lies in between Venice and Milan. So, if you’re in these two cities, it’s worth getting on the train and spend a day in Verona. Though most of us know Verona from Shakespeare’s tragic story of “Romeo and Juliet,” the city is more than its fame of the star-crossed lovers. A day in Verona won’t be enough, for sure, if you want to get to know the city more than what it is known for. However, a day is enough to have a glimpse of this peaceful, ancient city.

Travel Tip. Turn on your GPS or Google map for this self-guided walking tour. If you don’t have data on your phone, save the following places on your map so you can still use them even without the data.

Travel Itinerary: A Day in Verona

As soon as you arrive at the train station, get a taxi that will take you to the bottom of the mountain / hill where the Piazzale Castel San Pietro is. Specifically tell the driver that you want to be dropped of at the bottom, across the riverside. From the base, climb the stairs and enjoy the views of Verona’s skyline as they reveal to you in every step you take. The views from the top is spectacular! You’re looking at a medieval city that seem to be untouched by modernity.

See Verona from a different perspective. If you stand on the riverbank, you’re closer to the colourful houses you just saw from above.

From Piazzale Castel San Pietro, go down on the same stairs you took and cross the bridge (see the above photo). The Cathedral with Romanesque facade is locally known as Santa Maria Matricolare. Its interior is more Gothic and you’ll be amazed at the stunning and polished marble.

Tombs of the Scaliger Family

It’s kinda weird to visit tombs, right? But this one is actually different. You pay 1 euro to get in but you can see most of it from the outside. Visiting these tombs, you’ll discover the lavishness and grandiosity of the family that ruled Verona in the 13th and 14 centuries.

Few steps from the tombs, you’ll see the high-fenced medieval house dubbed as “Romeo’s House.” Unfortunately, it’s not open to the public. I waited for 20 minutes outside, hoping that someone would go out – and with my charm, I could convince her/him to let me in for 1 minute. 😀 But, no one came out.

From Romeo’s House, walk to Juliet’s House. And imagine that, maybe, the path you’re trudging is the same path that Romeo walked on to his lover’s house. Going inside to the backyard (you can see the famous balcony from here), is free. There’s an entrance fee if you want to see more inside the house and stand on the world’s most famous balcony.

When you’re in Italy, you shouldn’t miss every main square in the city. Well, except in big cities because they’re usually crowded with tourists. But here in Verona, Piazza del Signorre is a good place to observe the local’s daily life. At the center of the square, you’ll find the statue of Dante. He used to live here when he was exiled from Florence. If you happen to arrive here at noon, grab a chair in one of the cafes / restaurants around the square.

Well, it’s another square in Verona but used to be the Roman Forum. Today, it’s teeming with cafes where you can relax and enjoy people watching. Also, some of the architectural designs around the square are interesting.

Get lost on its streets

You’d never know what you’ll find in corners. Don’t follow where most tourists go. Walk on the next block on your right or left and you’ll be surprised at its quietness. You’re indeed in Italy!

Do you know that this Roman Arena in Verona is older than the Roman Colosseum in Rome? And guess what? Verona’s arena is still used for public performances until today. In fact, preparations were on-going for the up-coming summer festival. Thus, you can see the chairs in the middle of the ampitheater. Verdi’s Aida was performed here in 1913 and Princess Diana came here to watch Pavarotti’s performance in 1990. Among the list of celebrities who performed here were: Bruce Springstein, Paul McCartney, One Direction, Leonard Cohen, Jamiroquai, Duran Duran, Whitney Houston, Alicia Keys, and more.

When you’re done inside, sit at the park across the street. Or grab a bite in one of the cafes around the arena. From here, you’ll find the bus that takes you to the train station.

WHERE TO STAY IN VERONA

Just in case you wanna stay here for a night, stay at II Salotto del Conte. It is inside the historical city center and walking distance to everywhere you wanna go and see. Juliet’s House is just 5 minutes walk from here and 30 minutes walk to the top of Piazza de San Pietro. It’s clean and in a quiet area.

Well, you know, solo travel is not for everyone. Should you decide to go on with a tour group, go with – Intrepid Travels. They have a wide variety of tours for all ages and different kinds of travelers, including solo, seniors, teenagers, and family. 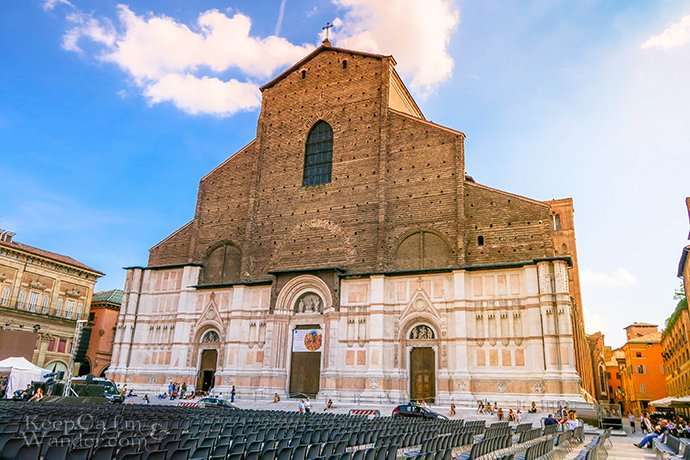 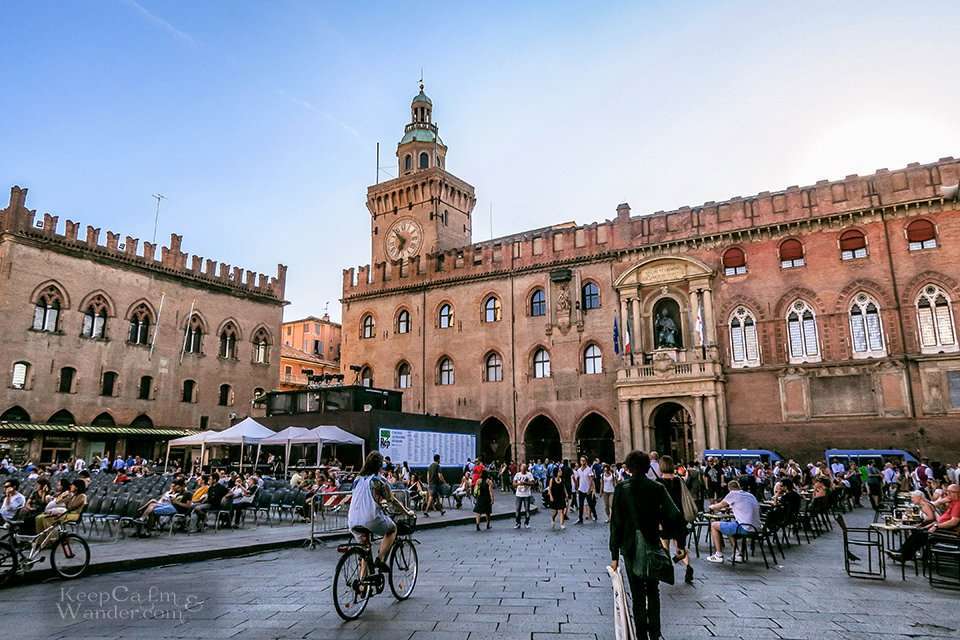 Travel Itinerary: A Day in Bologna