In Luxor, the ancient Egyptian capital, archaeologists discovered 63 royal tombs at the Valley of the Kings. These pharaohs ruled the country in the 18th, 19th, and 20th dynasties. But, perhaps, the most famous discovery from here is the tomb of a Tutankhamun who ruled in the 18th dynasty.

Unlike Cairo, pyramids weren’t used here as a tomb for the Kings or Pharaohs. Instead, these royalties were buried in an elaborate, long, tunnel-like passage that goes deep down under the valley. Nowadays, only three royal tombs are open to the public for viewing for a ticket price of one. Yes, we went down to all three but only one has left me in awe – the tomb of Rameses IV.

Photography isn’t allowed here but you can always bribe the guards on duty.

The tomb of King Ramesses IV at the Valley of the Kings is the second one that was discovered in the area.

Of the three tombs we’ve been to, this one still has its natural colours gleaming even when the lights are on – and even after more than 3,000 years! How amazing is that?

As you can see, both the walls and the ceiling are covered in paintings engraved on sandstone.

The object on the left is the burial chamber of King Ramesses but, of course, it’s empty now. His mummy is currently at the Egyptian National Museum in Cairo.

The murals here tell a story of Egyptian legends at the time when the tomb was built. There are men with animal heads and women lining up for…. (I really don’t know. Our guide wasn’t allowed to go inside). 😀

The most visible art here is the presence of hieroglyphics. They are a combination of letters and pictures to create a story.

As you can guess, the pictures are mostly tools and objects they used in their everyday lives.

King Ramesses IV only ruled for 6 years and this resting place wasn’t even finished yet when he died.

Photography is not allowed inside the tombs. Even outside, you can’t just take a photo in full view. You have to be discreet. There are two or three guards watching everyone’s moves inside the chamber. It’s really difficult to be discreet in a small, cramped space. But, if you’re going to just wait for a while until the crowd subsides, you can easily give the guards a hand signal to take a photo and they’ll sign back for money. Yes, you can bribe them! For the 10 shots I took, the guard demanded EGP20 ($3). Fair deal to me. But, the Egyptian guy who took more than 10 and a video only gave him EGP5. I was ripped off, big time! 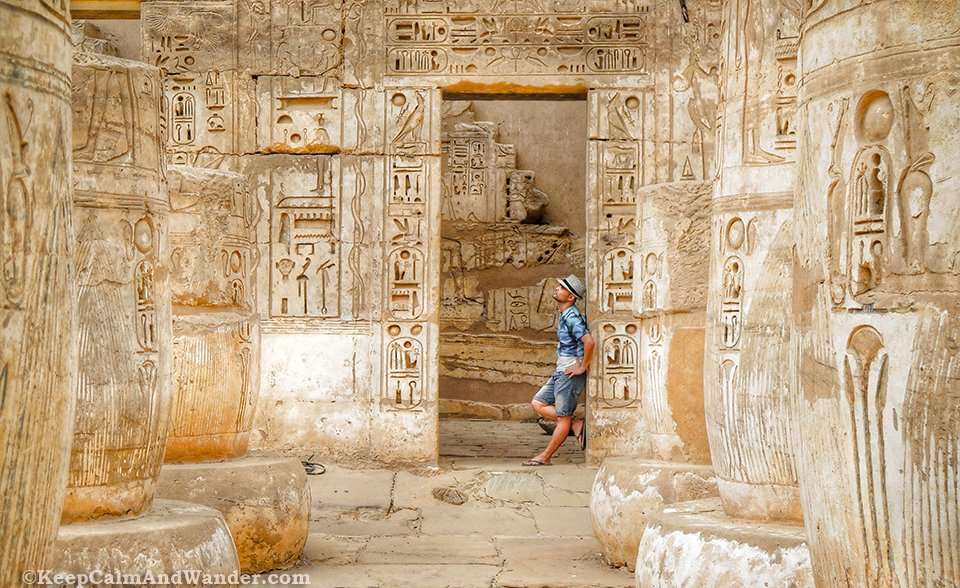 Habu Temple in Luxor is an Architectural Wonder 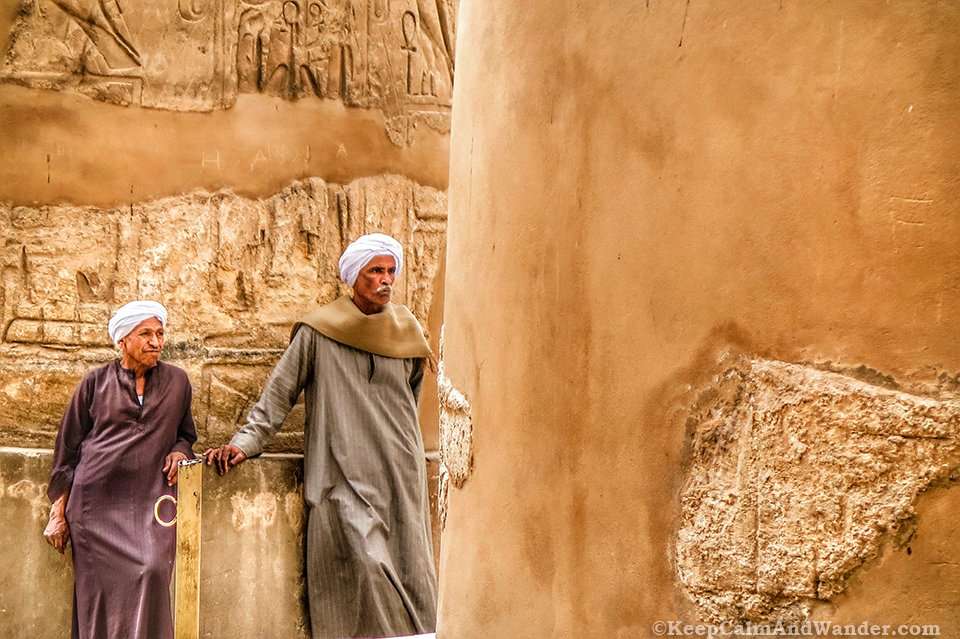 Photos: The Guards at Karnak Temple in Luxor