There used to be only the naked cowboy and naked cowgirl in Times Square in New York City. Nowadays, the center of downtown Manhattan is swarmed with buskers either in elaborate costumes or almost in their birthday suits–even if it’s cold.

For most naive tourists, these Time Square buskers are fun to look at—that they couldn’t resist asking them for a photo op. Little did they know that after pressing the shutter, they’re supposed to give “tips” for the “service” these buskers rendered to them.

Some buskers work in group. You only ask a busker to pose with you but others would jump right in the frame when they see the opportunity. You just can’t pay one but all of them who joined in the fun. You’ll give $5? Think again.

I’m not sure if these naked cowgirls could really carry a tune. 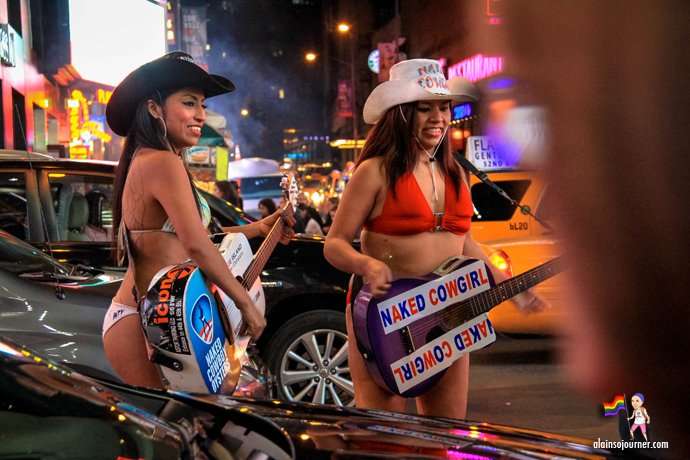 But I’m sure they’re really friendly. 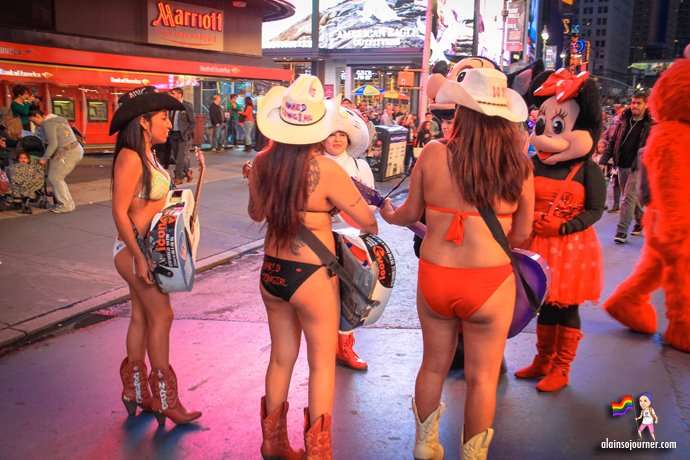 These Statues of Liberty are overrated. 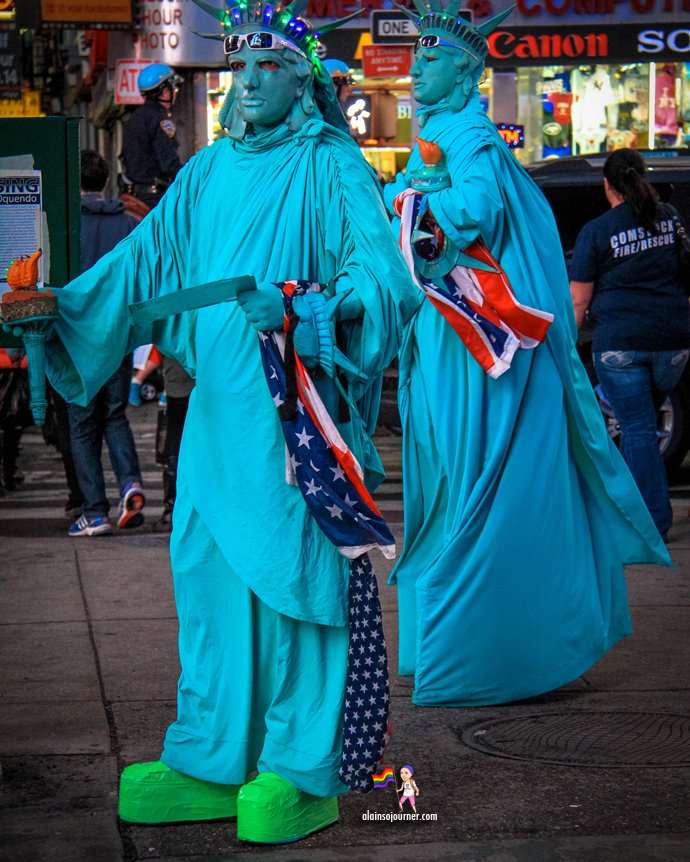 Beware, these monsters can swallow a whole human. 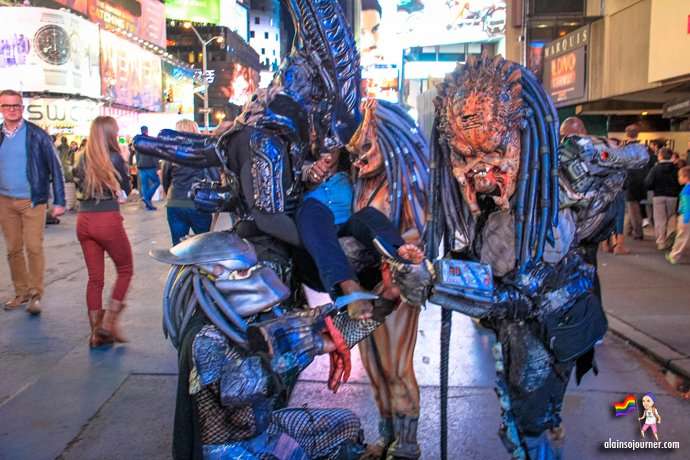 Is that Mr. Simpson? 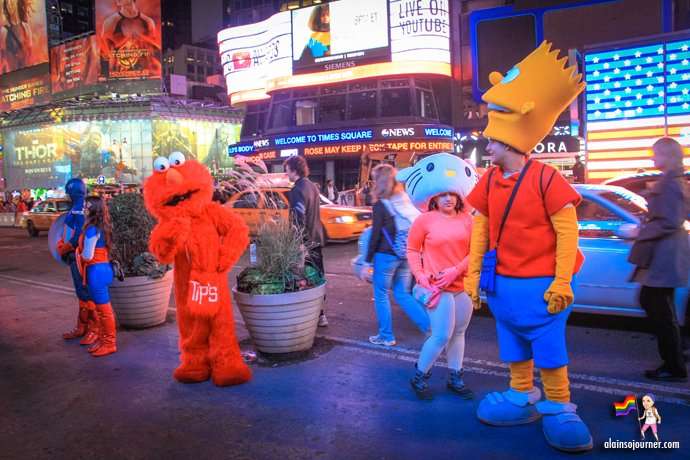 From the comfort of Disneyland to the streets in New York City, Mickey Mouse seems seems to be happier in Times Square. 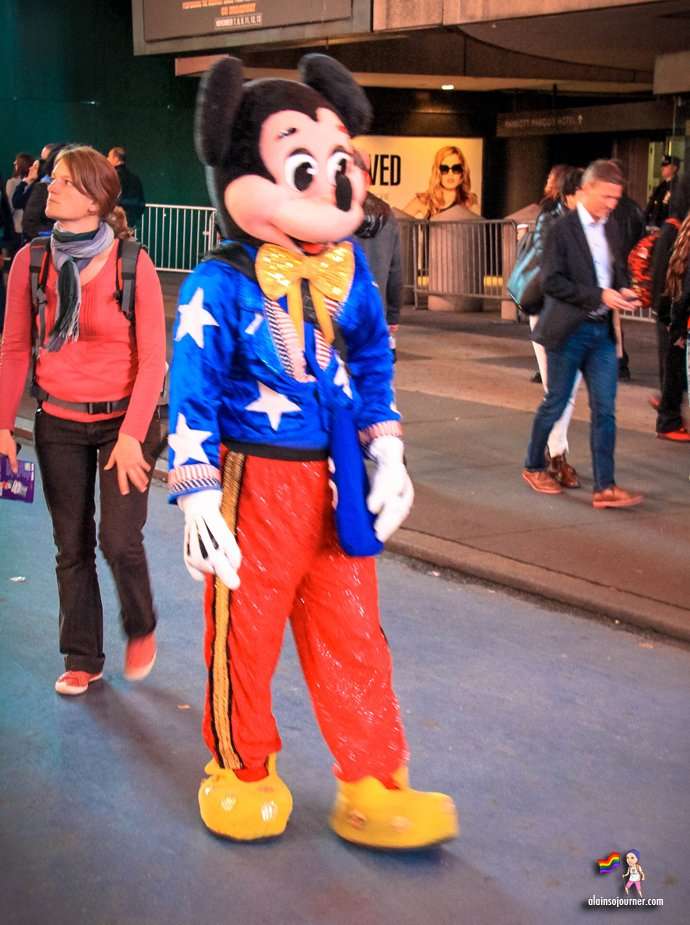 Mickey and Minnie talk to Woody. 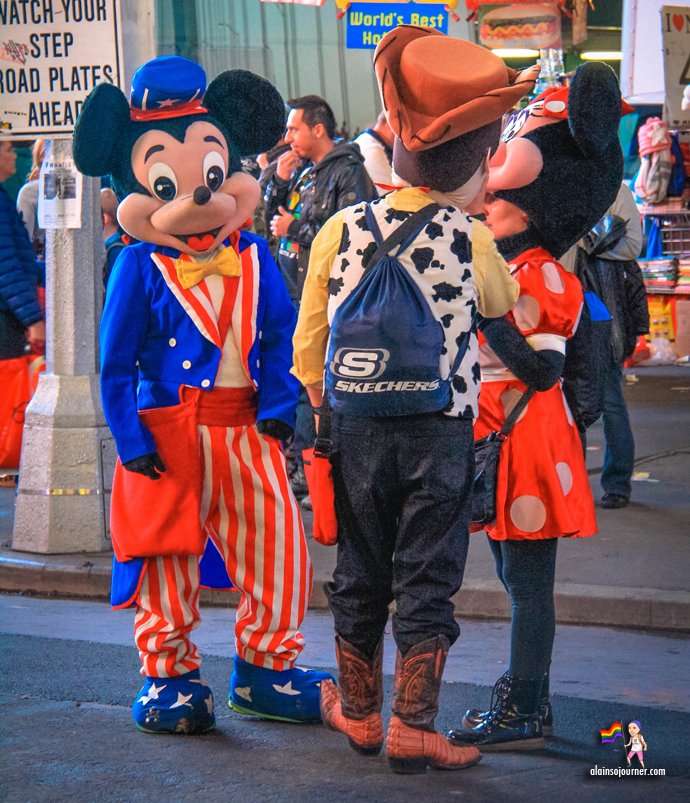 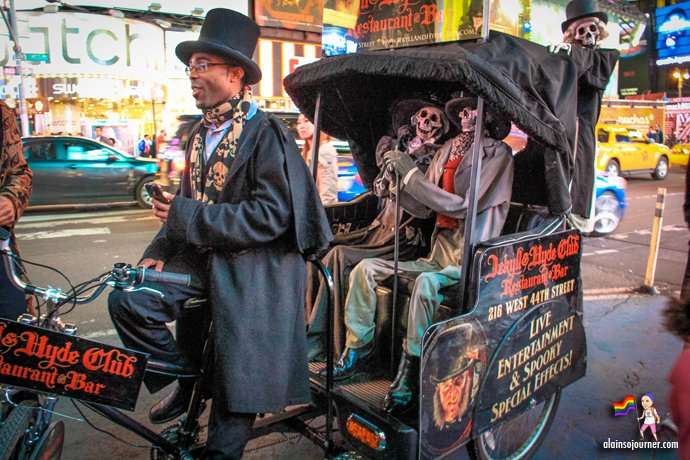 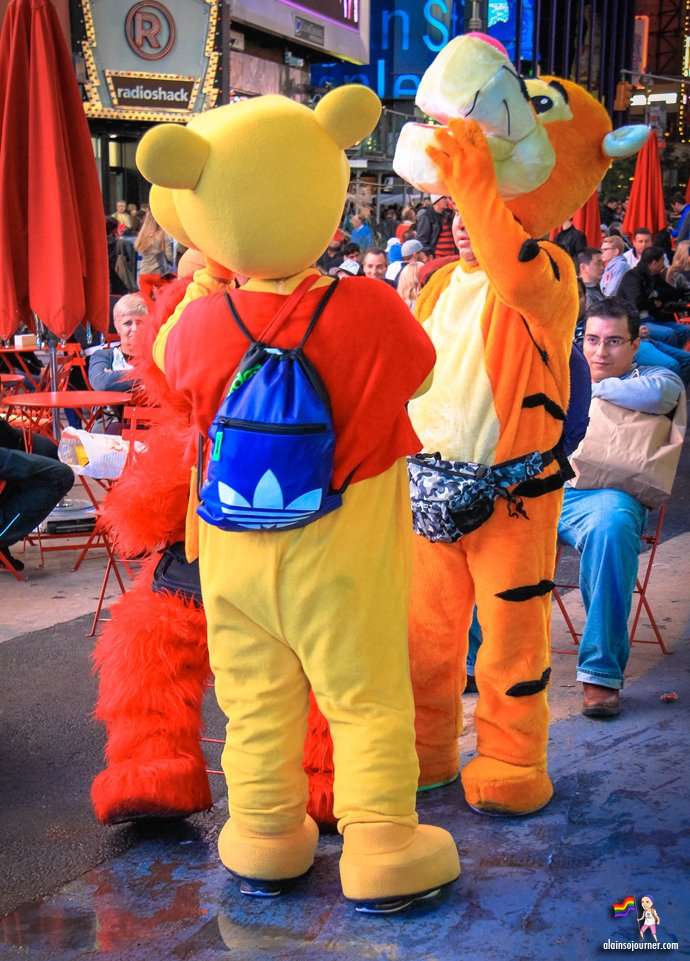 Captain America stands by, always ready to save the day….. 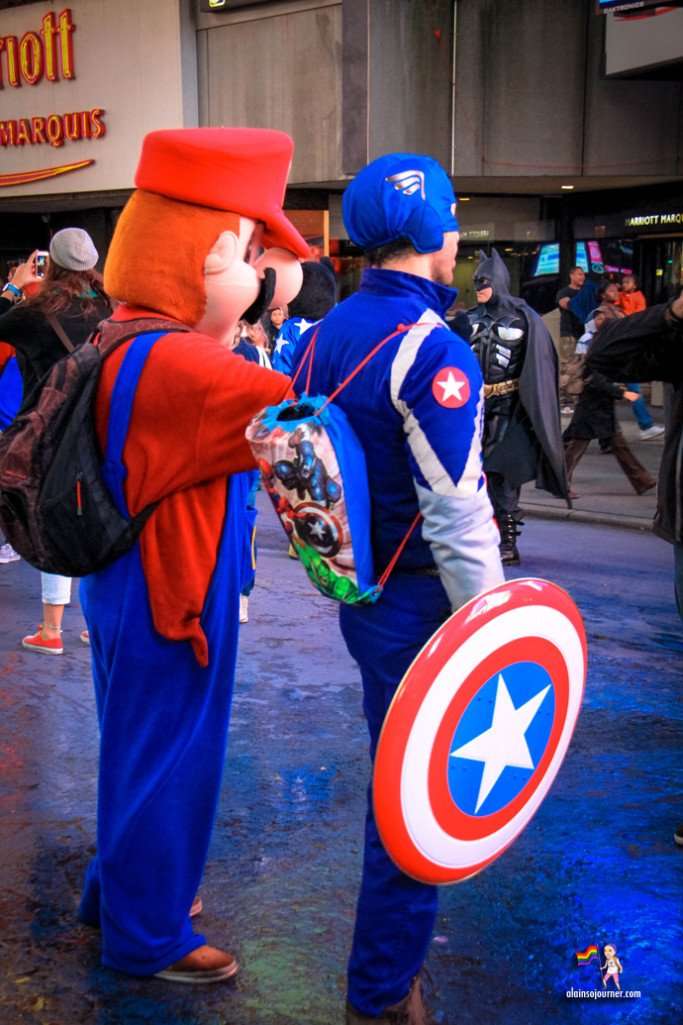 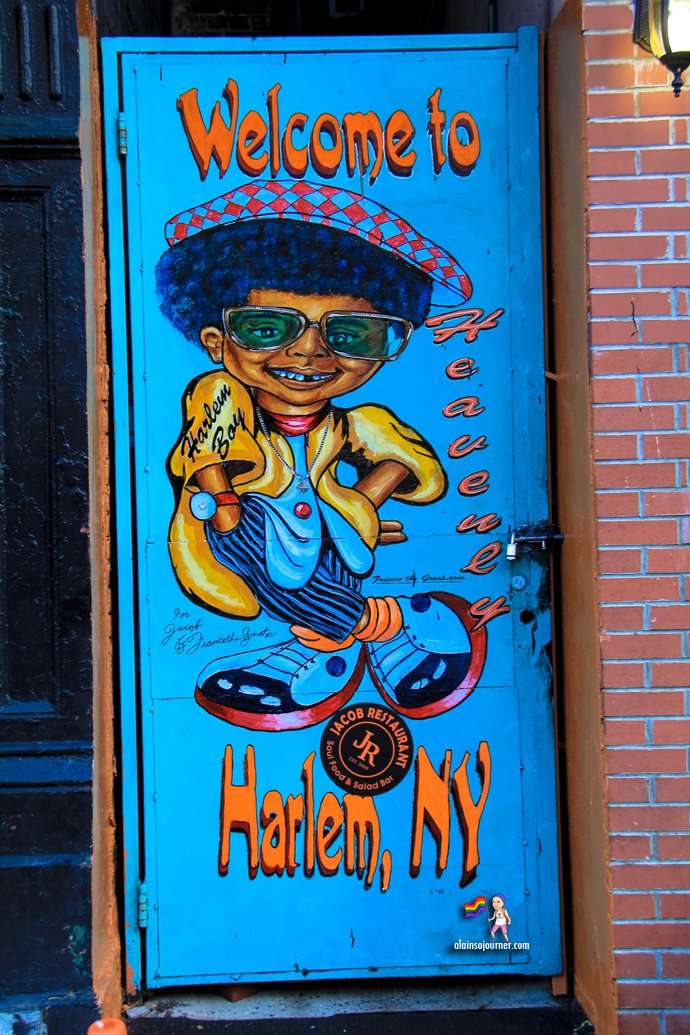 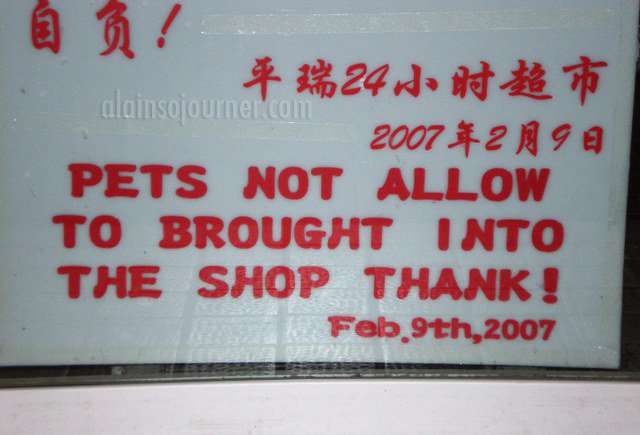