The Middle East is one region in the world that is not getting positive tourism news. However, this part of the world riddled with ancient mysteries is worth visiting, despite what people who have never been there, are telling you. There is no greater feeling of awe than standing in front of the Sphinx with the three Great Pyramids of Egypt in the background. A walk among the ruins and pink sandstones of Petra is as satisfying as a walk in the woods. In Madian Saleh, Saudi Arabia’s skyscrapers are in the form of tall spires of rocks weathered by time. These three UNESCO World Heritage Sites will never fail to amaze the intrepid traveler in us. Fortunately, booking Saudi Airlines online (حجز الخطوط السعودية اونلاين) will bring us to all these three incredible architectures that could sweep you off your feet for their unique aesthetic beauty.

The Pyramids of Giza in Egypt

Perhaps, the world won’t know the history of its civilization without Egypt. The country is, in itself, a vast archaeological site. Even until now, we read stories of discoveries unearthed from its land. The Three Pyramids are one of the most magnificent monuments of our time. It may look small from afar, but when humans are standing on their bases, they look like ants or specks of moving dust from their summit. If you don’t have a case of claustrophobia, go inside in one of the pyramids and find out yourself the question that comes to everyone’s mind, “What’s in there?”

The Pink City of Petra

You have to see Petra to believe it exists! In the early morning, I walked alone there, I had chills all over my body. There’s something about its giant boulders and meandering alleys (The Siq) on your way to The Treasury that makes you feel like you are Indiana Jones. Its rose-pink color dazzles and plays with the sunlight and shadows. Explore around this ancient Nabatean metropolis, and you will be surprised to discover that this was also once a necropolis, as evident in the carved tombs everywhere. Famous Hollywood movies such as The Mummy Returns and India Jones and the Last Crusade were filmed here.

Saudi Arabia may not be known as a tourism destination that most people would go to. But here’s the good news! The KSA started to open up its borders since late September in 2019, which means that tourists can now travel in the country on a tourist visa. What should your first stop be? I highly recommend Madain Saleh. The searing temperature here might get you, but once you see the magnificent rock formations, they will blow your mind away. The Nabatean Empire, who built Petra in Jordan, went South of the border to the depths of the Arabian Peninsula and became a trading center of spices, incense, and silk. A few kilometers of Madian Saleh is a town called Al Ula, where you will find the mud-brick ruins of a timeworn walled city with the Mosque of the Bones (Masjid Al-Izam) in the middle of it. It is believed that Prophet Mohammed prayed in this tiny mosque and designated the qibla using a bone because he could not find a rock.

All these three spectacular heritage sites are in three neighboring countries. Start booking a flight (حجز طيران) from where you are to Cairo, then to Jordan, and Saudi Arabia. The Middle East is a land of mesmerizing beauty and vivid colors carved in sand and stone that has transcended the boundaries of time and must be experienced at least once in your lifetime. 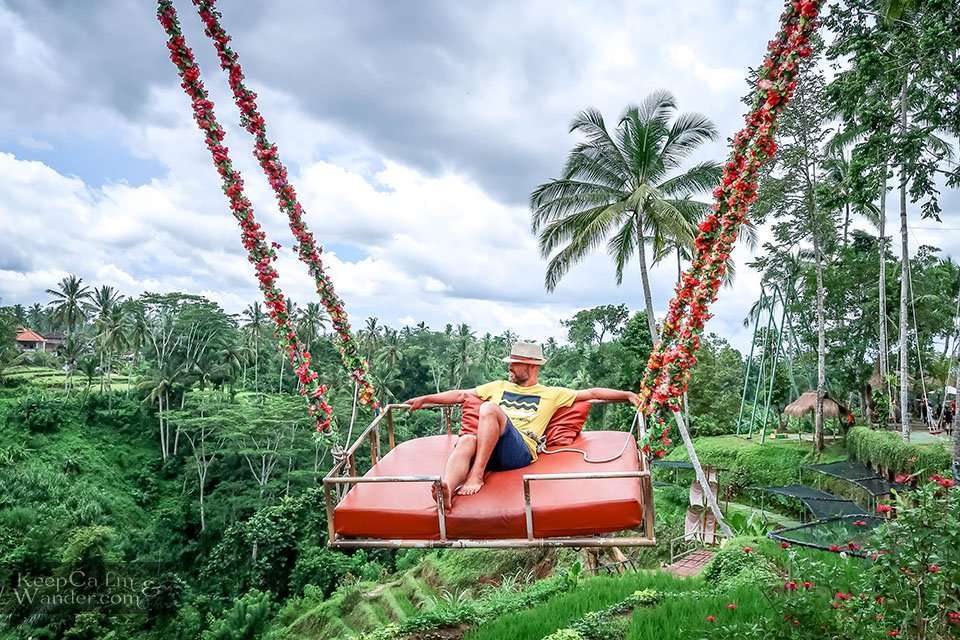 Swinging Up in Ubud, Bali