The Historical District of Guadalajara, Mexico, is a vibrant cultural hub offering many attractions for visitors. Located in the heart of the city, the district is home to several historical landmarks, museums, and cultural centers that offer a glimpse into the city’s rich history and traditions.

Here are some of the top things to do in the Historical District of Guadalajara:

This stunning cathedral is a must-see for any visitor to the city. Built in the 16th century, the Cathedral of Guadalajara is the oldest in Mexico and is a stunning example of Baroque architecture. Inside, visitors can marvel at the intricate carvings and ornate altar, as well as take in stunning views from the bell tower.

A few steps from the Cathedral, the Palacio Nacional is another important historical site in the city. This 18th-century structure was originally the seat of government for the state of Jalisco. Today, it serves as the Governor’s residence and is open to the public for tours. Visitors can marvel at the palace’s beautiful gardens and grand architecture and see historical artifacts and artworks on display. But the most amazing thing to see here is the breathtaking frescoes by Jose Clemente Orozco. There’s also a museum inside.

This roundaboutis home to a series of statues honoring some of the most influential and important figures of the state of Jalisco. Visitors can find gardens and fountains, making it a popular spot for locals and tourists to relax and take the sights and sounds of the colonial city.

This historic theater is another must-see in the Historic District. This 19th-century architecture is a stunning example of neo-classical. It has been home to numerous performances and concerts over the years. Visitors can tour the theater and see the beautiful interior adorned with marble, gold leaf, and intricate carvings.

Every colonial city in South America has its own Plaza de Armas. Guadalajara is no exemption. The Plaza de Armas is a central hub of activity in the city. The square has a stunning display of lights, colors, and temporary public Christmas decorations during Christmas. Several important landmarks, including the Cathedral and Palacio Nacional, surround it. It is a great place to take a leisurely stroll and enjoy the sights and sounds of the city.

This cultural institute is home to important artworks and historical artifacts and is a must-see for any art lover visiting the city. Located in the historic Cabañas Hospital, the institute features some galleries and exhibits that showcase the rich history and culture of the region.

This stunning temple is another important historical site in the city. Built in the 19th century, it is a beautiful example of neo-gothic architecture and is home to a number of important religious artifacts and artwork. Visitors can tour the temple and see the stunning interior, adorned with intricate carvings and stained glass windows.

The Historical District of Guadalajara is a must-visit for anyone interested in exploring the city’s rich history and culture. We only stayed here for a night as we were on our way to San Miguel de Allende. If we could do it again someday, we would stay a bit longer to explore beyond the city’s historic district.

Where to stay in Guadalajara close to the Historic Center

If you are only staying in Guadalajara for a night or two, stay at Hotel Real Maestranza. It’s a clean boutique hotel with friendly staff. You can reach the Guadalajara Historical Center in less than 10 minutes on foot. Shops, restaurants, and bars are a few steps from the hotel and very close to the pedestrian pathway. They also serve a good breakfast. You can book it via Booking.com. For hostels in Guadalajara, book here. 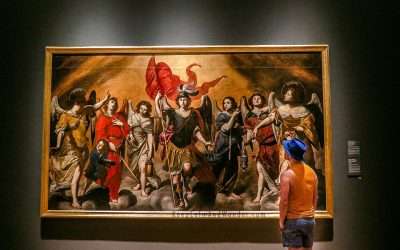 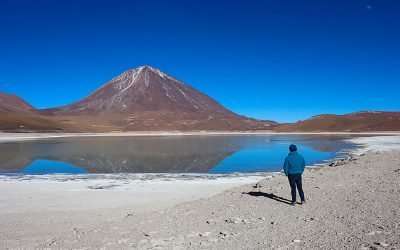 Laguna Verde and Vulcan Licancabur – A Heavenly Pair on Earth