Today marks my first year anniversary when I flew to Jordan last year to claim the prize I won in January 2013. And oh dear, I had a blast in that amazing country! I celebrated my Christmas in Petra – and yes, December is the best time to visit and go around the Kingdom of Jordan.

Jordan might be a tiny country in the middle east but it has many things to offer to tourists. Perhaps, it’s the only country in the middle east not marred with horrors of war and terrorism. They’re a country who welcomes and shelters war refugees – there are a lot of them there! Though unemployment is high (according to our guide), people are thriving, nice, and kind.

My 11-day journey in Jordan brought me to places from Amman to Petra; from Wadi Rum to Aqaba; from the Dead Sea to Bethany-Beyond-the-Jordan.

Jordan never failed to amaze me. I’d love to go there again and explore the northern part of the country. So, if you are working for the Jordan Tourism Board and reading this, I’m free to go. 😀

Scroll down to the last photo and see for yourselves the reasons why you should go to Jordan.

Because Jesus Christ was baptized here by John the Baptist.

It’s Christmas, so let me start with this reason. 🙂 The river you see below is not the exact location where He was baptized—but it’s the same river. The exact location is just a few steps from here. Click here for the exact spot of the baptism. There are also other religious sites around this area that you should see—if you’re curious or Christian.

Because Moses saw The Promised Land here before he died.

This is the spot where Moses stood and saw The Promised Land. Right in front of me (at a distance) is the view of Bethlehem, Jericho, the Dead Sea, Ramallah, Mt. Olives, and Nablus. If you don’t know those places, read The Bible. 😀 Click here for more photos of Mt. Nebo.

Because they have the ancient map of the Holy Land.

At St. George Church in Madaba, an ancient map of the Holy Land lies on the floor, preserved in its original materials.

Because Amman is the original City of Brotherly Love.

Forget about Philadelphia. Amman, the capital of Jordan, is the original City of Brotherly Love. The city has a lot to offer. If you like ancient civilization, Amman, will never disappoint you. But, don’t limit your tour around the city with the ancient Roman ruins, go and see the modern Amman, too!

Because it has some wonderful Roman ampitheaters!

Yes, I ran up and down three ancient amphitheaters: in Amman, Petra, and Jerash. And oh my god, they’re photogenic at any angles!

Because going to Jerash is just like visiting ancient Rome!

Jerash was one of the 10-member cities of Decapolis created by Rome for economic and military defense strategy. You will have a day of your life here walking on cobblestoned pathways, gazing up at the Greek and Roman columns and climbing the amphitheater where the last step offers a panoramic view of the ancient city. See here for more photos.

Because floating in the Dead Sea is an experience of a lifetime!

Everyone I know wants to float in the Dead Sea. It’s almost in everyone’s bucket list—and boy, you can’t get enough of this experience. For once in your lifetime, you’re a floating being without exerting any force or pressure. Just wade into the water and float! And oh, the Dead Sea is dying, so better go, see and float now before the water diminishes. See more photos here.

Because Wadi Rum is an enigma.

There’s always about the desert that speaks of the mysterious tongue, feelings, and comfort. Wadi Rumi has seen epic battles, has spoken to brilliant poets, has hosted millions of footprints, and has seen history unfolds.

Because Wadi Rum is not a desert of the boring kind. It’s vast and towering!

And oh, did I say it’s fun to ride a camel, too? Don’t worry, according to my guide, these camels are well-taken cared of.

Visiting Wadi Rum is like following the footsteps of Lawrence of Arabia. He described the rock mountain above as the Seven Pillars of Wisdom. It is a good idea to watch the movie, “Lawrence of Arabia,” starring Peter O’Toole before visiting this desert.

And their hill looks as gorgeous as this.

Oh, well, I ruined the beauty of the sand dunes. Sorry. I just can’t resist taking a pic with me on it! 😀 See more photos of Wadi Rum here.

Because their sunrise is peaceful and quiet.

If you wake up early morning in Wadi Rum, the sunrise is as spectacular as their sunset. My gawd, I could almost hear what silence sounds like! Perfect for meditation.

And oh, their sunset is a drama of colours.

When we were strolling around Shobak Castle, the sun was setting. We had to stop and positioned ourselves wherever we wanted. We watched the dramatic transformations of colours—from blue to pink to orange to gold. It was breathtakingly stunning, especially if you witnessed such beauty from atop an ancient castle on a mountain. Thinking about it still gives me goosebumps!

We took the King’s Highway. It’s spectacular and scary at the same time. One side is the mountain and the other side is the ravine. Pray that there’s no truck or car coming your way, or else it’s going to be a scary ride for two cars on a tiny winding road. See more photos here.

Because their bridge looks awesome!

You gotta be up there! Walk or sashay on this natural rock wonder like you’re America’s Next Top Model! Werq it, girl! Werq it!

Because camping with the Bedouins is the coolest thing you’ve got to do.

We went camping for a night in Wadi Rum–and our bedouin host told us stories about their nomadic life, culture, tradition, and things they learned from the desert. There were thousands of stars up there that night. I grabbed a carpet and spent an hour lying down outdoor, occasionally singing “Twinkle, Twinkle Little Star” in my head. 😀 It’s beauuuuutiifullll!

Because their souks are interesting and colourful!

Go inside the souks in Amman and you’ll be delighted to find stuff, trinkets, food, spices, crafts, and other things you might find interesting. The noise, the colours, and the smell linger around. And oh, if you want to be reminded how poor you are, stroll and go window-shopping around the Gold Street in Amman. 😀

Because their castle has a perfect view!

Kerak Castle is perched on a mountaintop. The view is unforgettable.

Because they respect their animals.

Seen on a highway in Jordan.

Because their winding alley is full of surprises!

Walking the 1.2 km winding Siq in Petra is very, very memorable. It would be etched in my memory for a lifetime. Do it early in the morning when there’s no crowd. Did you know that the Indiana Jones movie was shot here? See more photos here.

Because people of all faiths live in harmony.

Only in Amman where you can find a mosque, a Coptic Church, and an Orthodox Church few steps to each other.

Because their food is simple but yum yum!

Drool yourself HERE with all the Jordanian cuisine I ate there.

It’s a thrill to see Petra’s Treasury like this. Don’t get too excited. STOP. Admire it and feel your heartbeat as you go along…

Because their patio is overlooking this view.

It’s pretty safe in Petra. So, roam around and climb mountains. Go hiking ’till you reach this place. Only a few dared to reach this summit.

Because you can see Israel from Aqaba.

In Aqaba, you can sit and relax with a sisha. Across the shore is the city of Eliat in Israel.

Because the Red Sea is alive under.

I was told that the Red Sea is alive under with species unique to the region. It’s a good place for scuba diving.

Because you can couchsurf in the middle of nowhere.

Found these couches in the middle of the desert. I thought of couchsurfing. 🙂

Because Petra is one attraction that you have to see to believe.

It’s a wonder you’ll be checking off from your bucket list. Go early ahead of the crowd. I was the second person to arrive here in the morning and you can feel how tiny you are when standing below it.

Because pink has never looked good as this.

The Treasury in Petra is not built. It is carved from the sandstone. Amazing, isn’t it?

Because their ancient tombs are photogenic!

When you’re in Petra, the caves are used as tombs in ancient times. Though there are no skulls and bones inside, you can find beauty on its multi-coloured sandstones.

Because the camels are well-dressed!

Because Dana Reserve is diverse.

Dana Reserve is a national park where a variety of species are found. If you have time to spare, go, and explore with a guide.

Because the houses are built on hills.

Amman is a city built on seven hills. The view below is from the Citadel Hill.

Because the view from above is eerie but wonderful!

This is our view taking Egypt to Jordan flight. Don’t you think like it’s another planet?

Because their McDonald’s is camel-friendly. 😀

And most of all, because the people are nice and kind.

This is a country where I wasn’t bothered with pushy touts selling stuff. They’re very respectful to tourists and were nice to everyone around. See the portraits of people I’ve met in Jordan here.

Enjoy and have fun in Jordan! 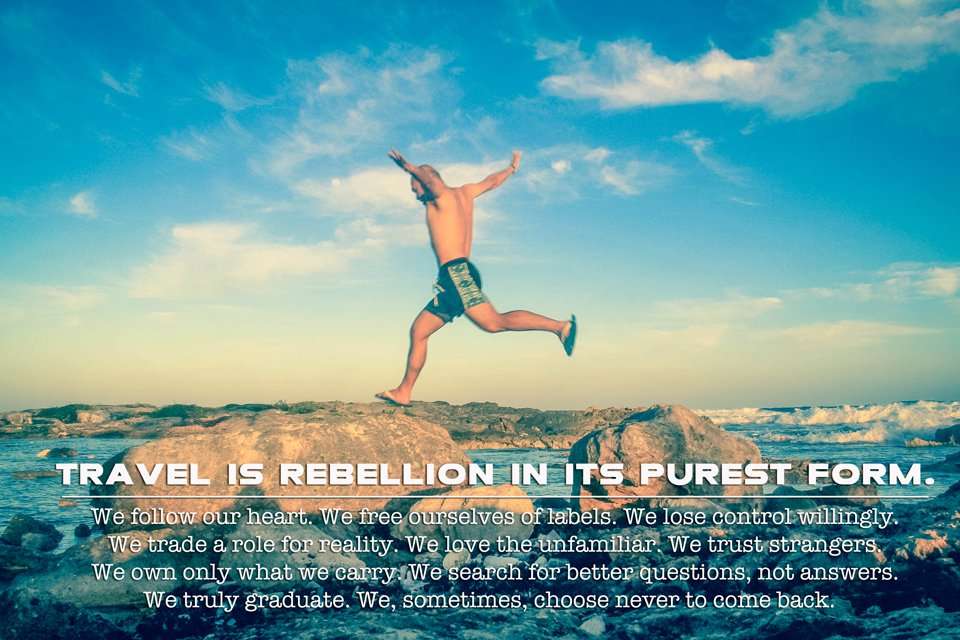 Travel is rebellion in its purest form 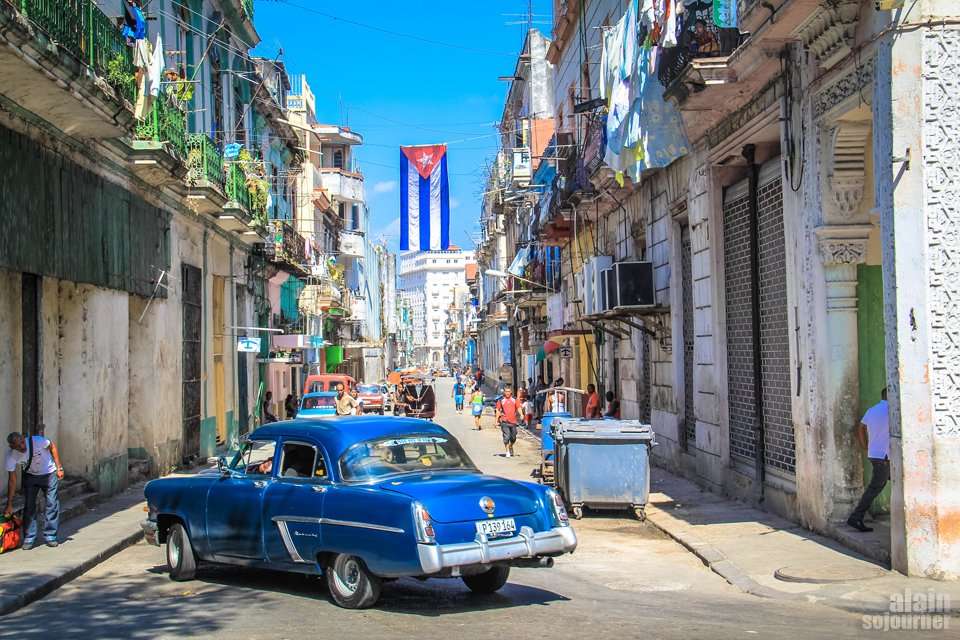 Things to do in Cuba