Here are 20 things to do and see in Hanoi (Vietnam). If you are into Vietnamese food, this list won’t help you much. I’m not including the names of restaurants because when you are in Hanoi, you can eat everywhere, especially in the Old Quarter. The locals love their food so much that it’s no wonder food stalls and restaurants are ubiquitous in the city. The list below is mostly tourist attractions in the city which you can pretty much read in travel guides.

How to get around Hanoi

You can all do the sightseeing by yourself with no problem. However, Hanoi is huge, and walking from one attraction to another can be tiring. So, you better consult your Google map where to start first and where to end. Also, the fastest and the cheapest way to go around is by hailing a Grab bike/scooter. Another option is to rent a motorbike daily or weekly.

Let’s start from the area where you can walk from one place to another. The first six attractions on this list are within walking distance from each other.

This is a heavily-guarded place where tall guards in white uniforms are freakin’ good-looking. Really! Zoom in your camera and you’d know I’m not exaggerating. Unfortunately, the mausoleum is not open to the public. All you can do is walk from the entrance to the main square and to the exit. Just in case you are wondering who Ho Chi Minh is – he was once the president of Vietnam and a well-respected revolutionary leader.

At the exit (can also be the entrance) gate, you will see this French colonial building bathed in yellow. This is the Presidential Palace, but I doubt if the President really lives here because it was not heavily-guarded as the entrance gate. All you could do here is admire it from the outside gate.

Right across the huge square of Ho Chi Minh Mausoleum is the government’s Legislative Building. I didn’t get closer, but from the look outside, visitors won’t have much to see here. Well, it’s a government building, so what would you expect? 😀

4 Imperial Citadel of Than Long

Also called “Hanoi Citadel”, this complex is a UNESCO World Heritage Site. But, to my dismay, it’s not really the kind of site I expected to see. The remaining historical buildings inside are not even well-maintained. There’s also a lack of descriptions around the place.

Right next to the Hanoi Citadel is the War Museum. Obviously, as the name suggests, you will find war relics, like guns, bombshells, planes, etc.

Across the War Museum is Lenin Park. In the afternoon, the park is a local hangout where, mostly, young skateboarders show off their skills of the sports. It’s a good place for people-watching.

There is no doubt that the Old Quarter is the most tourist-packed destination in Hanoi. It is congested, crowded and all the hedonism is here. The quarter is filled with open-air restaurants, cafes, nooks, shops selling “genuine fake” merchandise, hotels/hostels, bars, touts, and many more. For a first-time visitor, the Old Quarter can be an overwhelming place to explore but a good introduction to the city’s past. On my first day here, I strolled around with no agenda or destination. I allowed myself to be a drifter, wandering, and getting lost among the crowd. The only caveat here is that – it’s dangerous to be walking on the streets intended for the motorcyclists. The pedestrian pavements are either full of parked vehicles or used as an extension of restaurants. So, you have no choice, but to walk on the streets – and pray for your life. 😀

Also called “Turtle Lake”, this oasis is at the center of the historical part of Hanoi. I observed that the pathways surrounding the lake seem to be the rendezvous of all sorts. The views at night are more stunning than the views during the day.

You can’t miss this temple with a pagoda standing on an island in the middle of Hoan Kiem Lake. The temple was built in the 13th century and it is connected through a red bridge aptly called as the Bridge of the Rising Sun.

I wasn’t planning to go here, but I just happened to pass by. I’m always fascinated with local markets that make sure to visit one when I travel. To me, the market scenes are reflections of the local life you are yearning to see (if not experience) on your trips. At Dong Xuan Market, the scenes I saw here didn’t disappoint me.

As you can see, the opera house is unmistakably French in architecture. The first time I saw it, I thought it’s the mini-version of Paris’s Opera House. And, indeed, the French colonizers built it in the early 1900s. catch a show when you can!

There’s a street across the Hanoi Opera House. Walk that long boulevard and you will find yourself feasting on more French-built structures. Walk in and sit down in one of the pastry shops there.

This Neo-Gothic structure shows its true colors at night. Its well-decorated facade could really impress anyone who would visit or pass by. Don’t you see similarities with the Notre Dame in Paris?

This temple is a host to Vietnam’s first-ever national university – the Imperial Academy. It is also one of the many temples across the country dedicated to Confucious and other scholars of old yore. Expect peaceful courtyards and gigantic golden statues. Don’t miss the golden statue of a turtle encased in a glass box!

The train street in Hanoi is buzzing with life – tourist life! Goodness! Everyone goes here either to experience the thrill of the train passing by – a few inches from their faces or for Instagram and other social media content 😀 Read my experience here in this blog post.

Come over here during sunset time. Sit at the bar, cross legs, and drink your wine while watching the sundown. It’s magical! Then, if you don’t have vertigo, sashay on the glass-covered floor and stay there for a minute or two.

17. Mosaic in Hanoi – the Longest in the World

This is a seven-kilometer-long mosaic showing different themes that reflect the city of Hanoi; its past, present, and future. A friend of mine with a scooter took the time to drive me along the mosaic wall that also protects the city from the flood. This record-breaking mosaic feat is worth to be ogled closer than admiring it from afar.

During the war, this bridge was bombed and repaired several times and it is still standing until today. I walked this looooong bridge from beginning to end and back, and was so exhausted that I had to sit down in a nearby cafe for almost two hours! Do you know who designed this bridge? He’s the same man who designed the Eiffel Tower in Paris – Gustave Eiffel!

My friend won’t allow me to leave Hanoi without going here. Giang Cafe is an institution in Hanoi. The business is family-run and it is located in a tiny alley – so it might be difficult to find it. I’m not a coffee person, but because I was assured that egg coffee is different, I did try a cup of it with cinnamon (you can also ask to mix it with vodka). Did I like it? Hmmnnn… I’m not a coffee expert, but I’d say that this Cafe is worth visiting.

Well, if you’re looking for a fun night on a weekend, check out Sassy Gay Socials‘ events on their Facebook Page. All gender identities are welcome! Join in their fun games – and who knows you might be lucky to get a kiss or a lap dance from one of the Queens! Yaaasss? Yaaasss!!

Where to stay in Hanoi

AsiaHanoiThings to do in HanoiVietnam 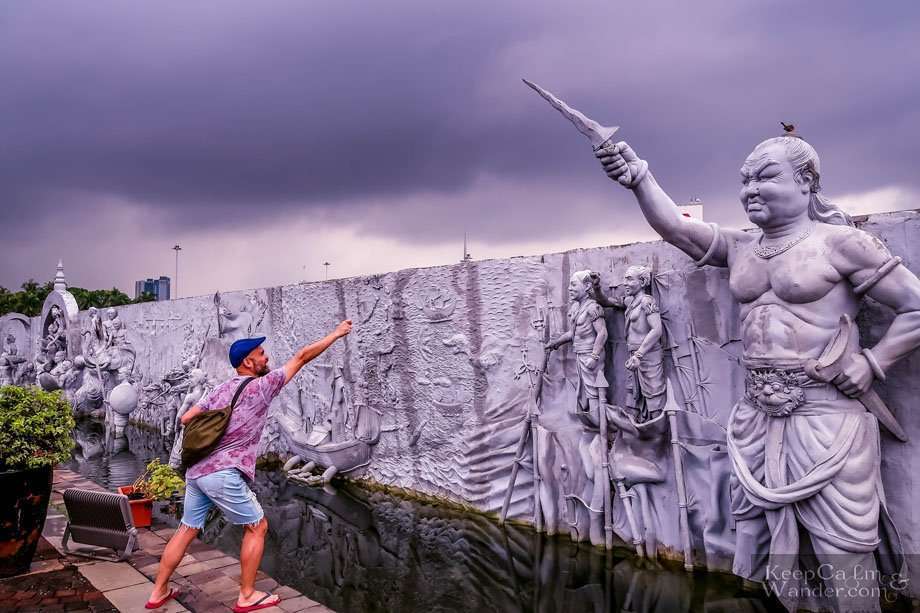 Walking Tour in Jakarta – Things to Do and See 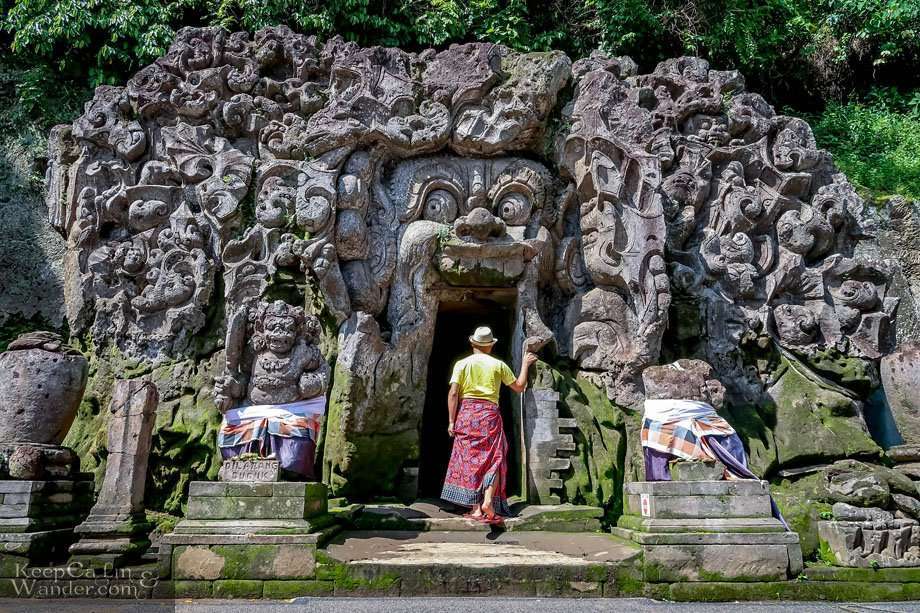 Elephant Cave Temple – Where Elephants Are Nowhere to be Found