Back in the third world where I come from, a grotto is not synonymous to a cave or cove. It’s associated with a man-made, artificial cave-like concrete structure with a statue of the Virgin Mary in it, surrounded by tiny statuettes of children and angels venerating the immaculate woman. There’s one outside the church premises or even in our Catholic High School. We knelt and prayed before it, of course. To the Virgin, not to the grotto. 🙂

Not far from the Indian Head Cove (3-5 minutes walk), is The Grotto of Bruce Peninsula where it meets the turquoise waters of Georgian Bay.

Before I explored The Grotto, I stopped by this cliff to dangerously pose. 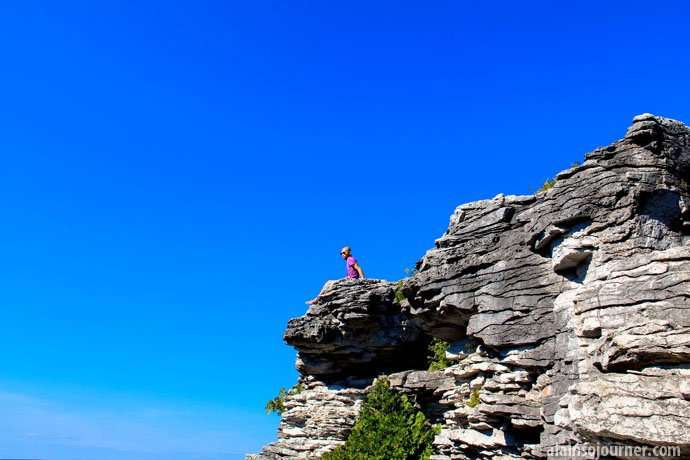 I asked an old hiker to press the timed shutter in my camera but he was very hesitant–because, according to him, it was very dangerous. But, after using my charm, he agreed.

In front of the cliff where I sat, were these two daredevils—cliff dating. 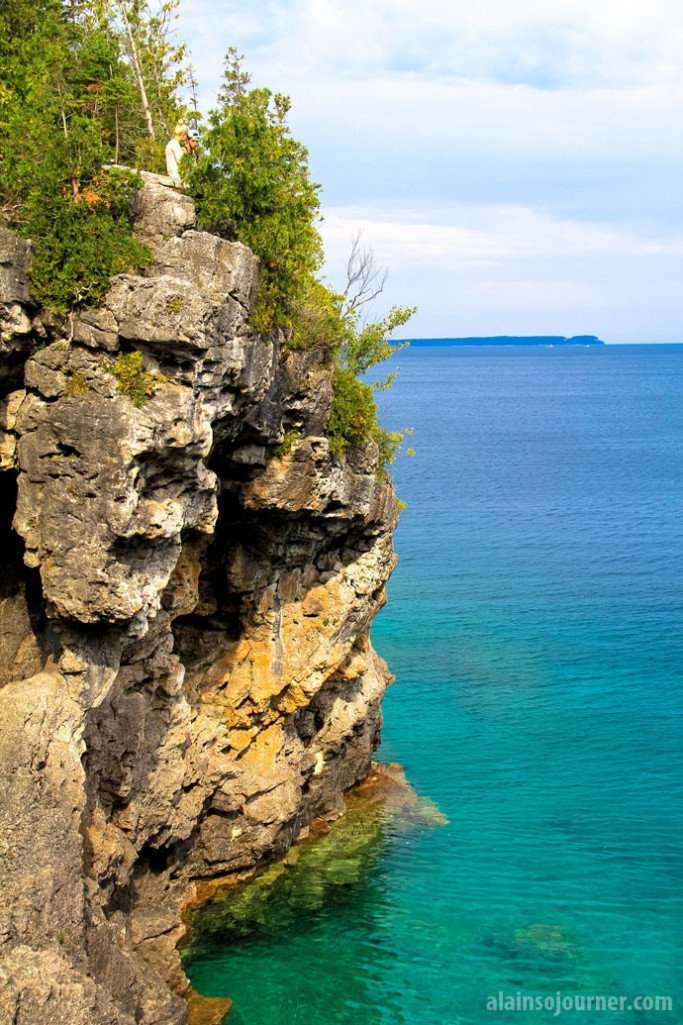 Conquering The Grotto is like cliff or rock climbing—sans the safety harness. 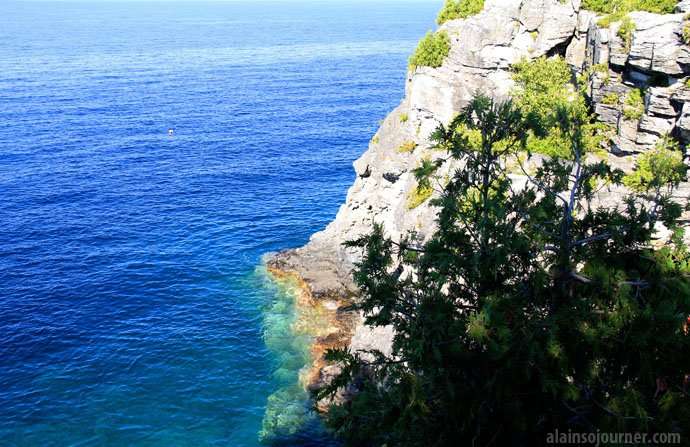 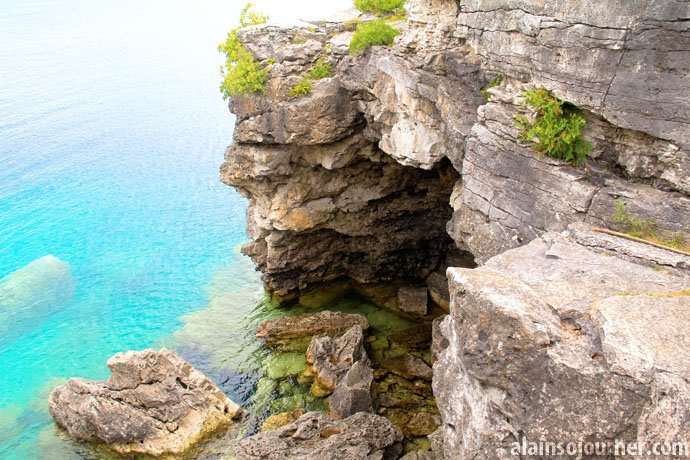 … but go down in a dangerous way. 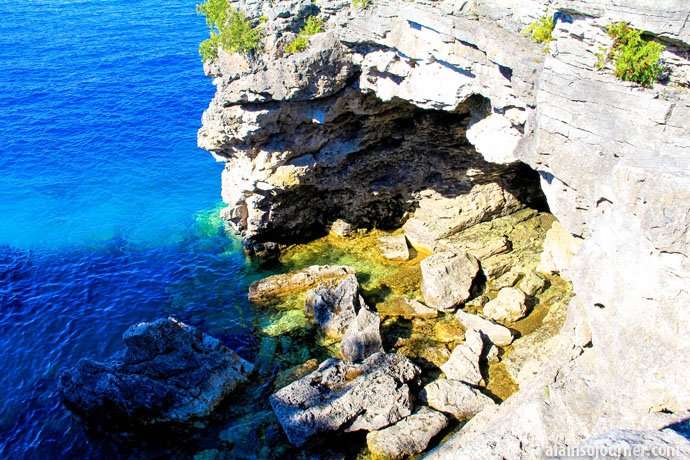 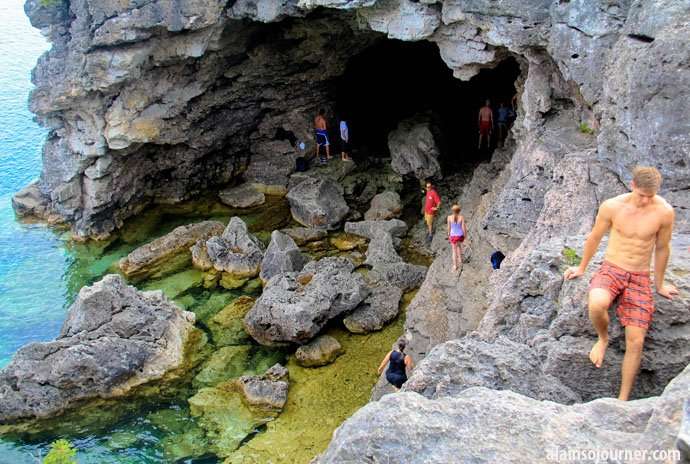 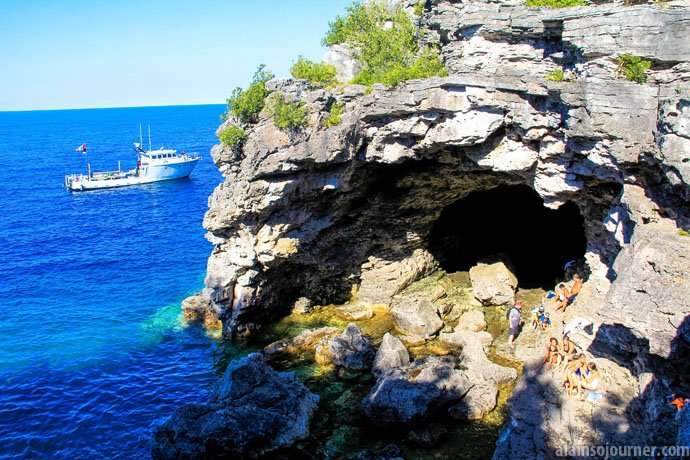 …while your feet are grappling for something to temporarily stand on. 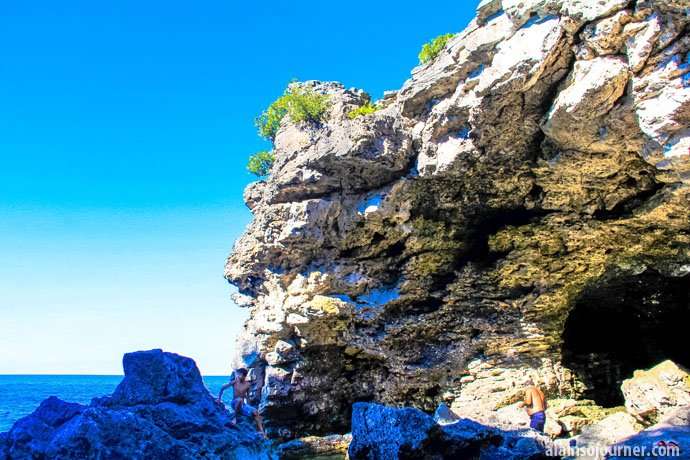 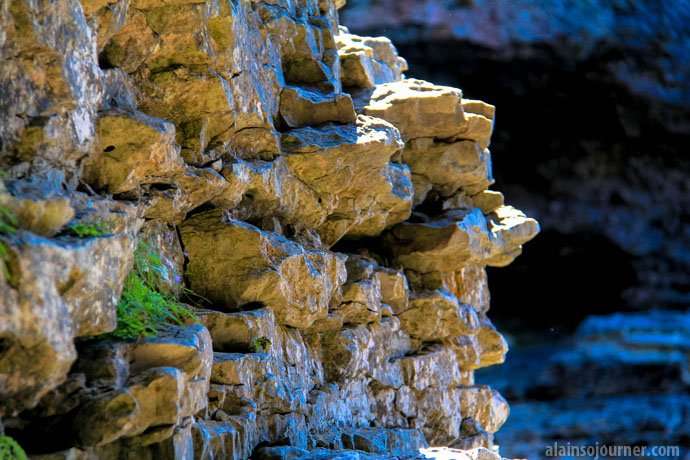 …but in one false step… 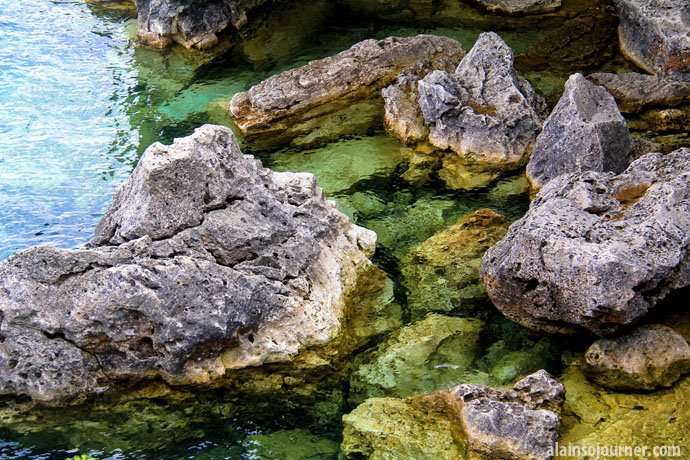 …you could be hurt or die. 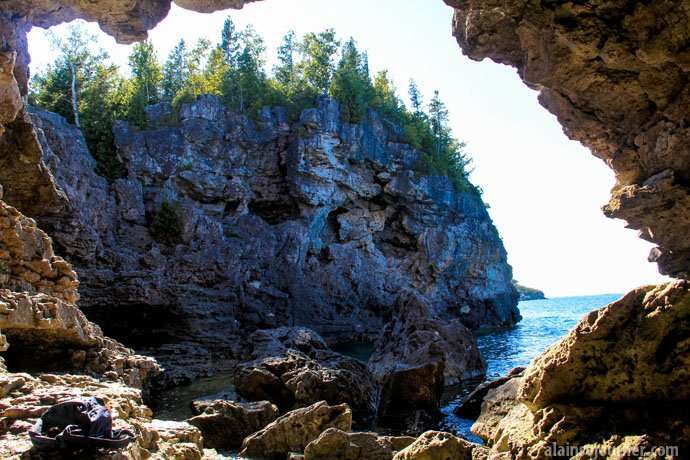 But, once you’re down there… 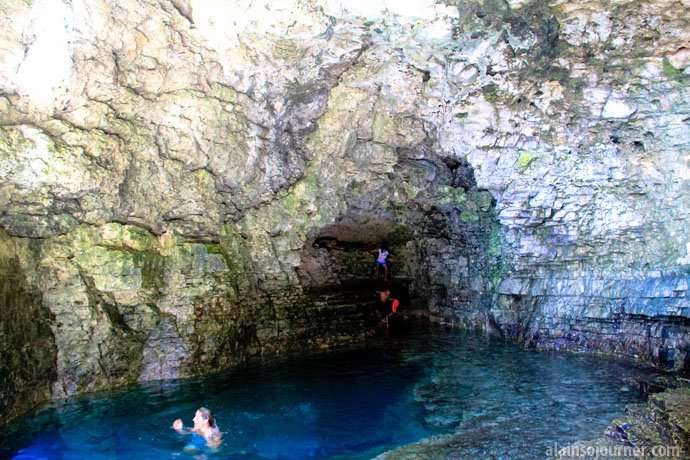 …the reward is a refreshingly cool water, waiting to tell you, “Hello there, stranger! Welcome to my world!”

Related travel info:  Things To See and Do in Bruce Peninsula
Parks Canada 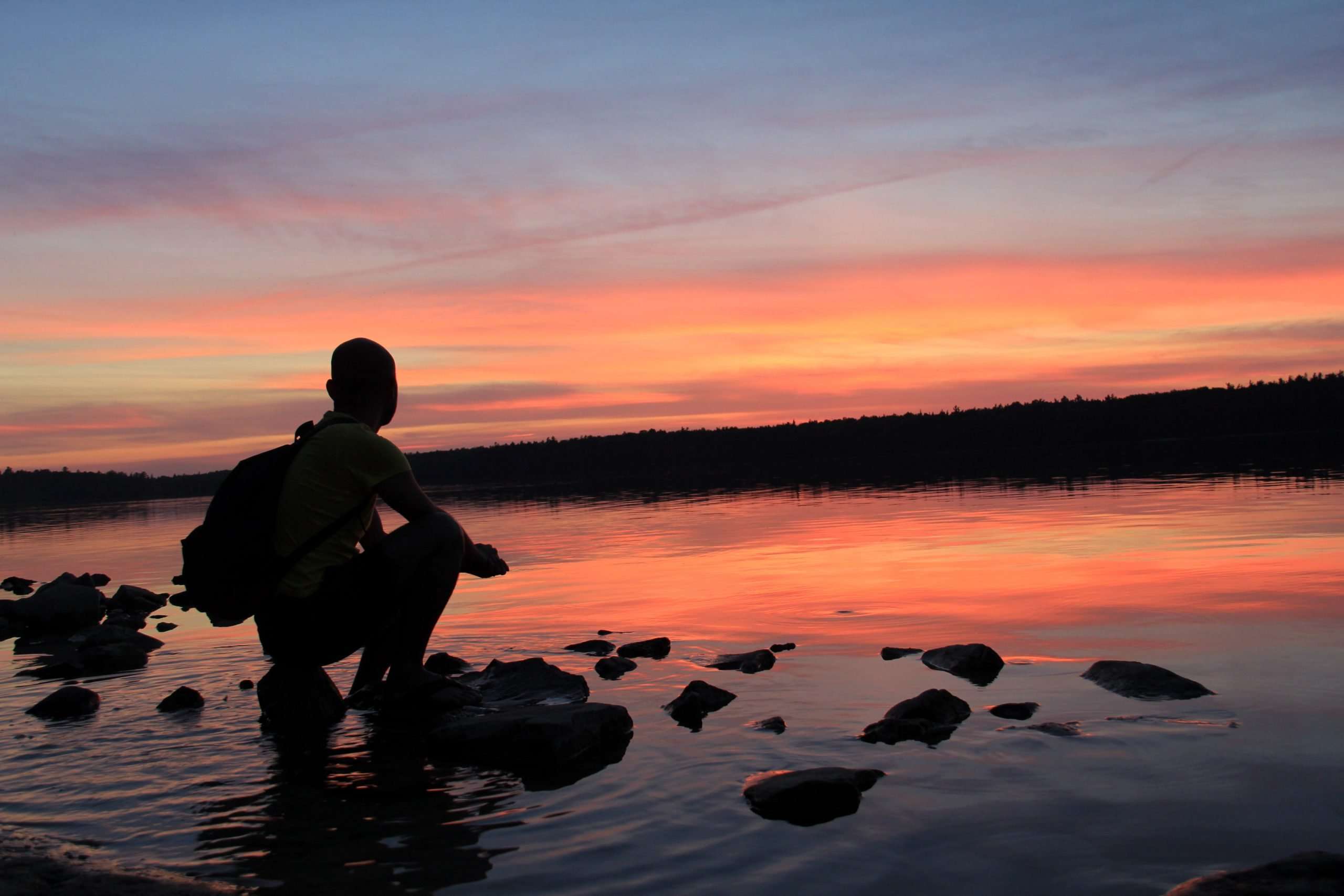 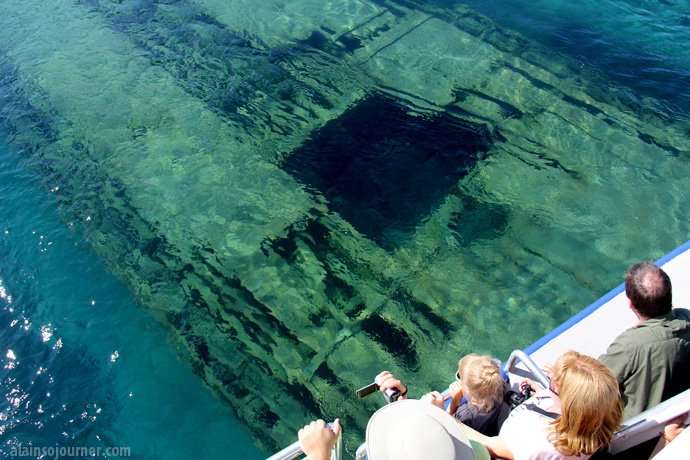 The Shipwrecks in Tobermory are Hauntingly Beautiful