YOU HAVE TO SEE IT TO BELIEVE IT!

Insert your own adjectives—they’re all true for many reasons. Petra, no doubt, would never fail to amaze you. It’s jaw-dropping! Literally.

Another item in my bucket lis: to gawk at the amazing Petra. 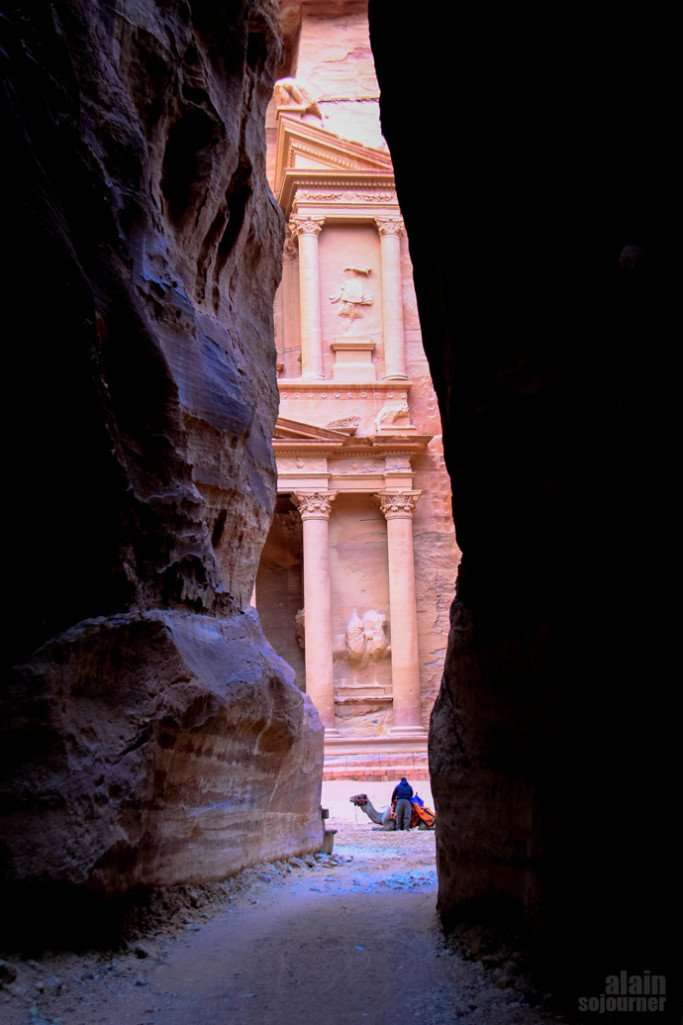 It’s also called Wadi Musa (or Valley of Moses), because some Christians believed that it’s here where Moses struck the rock twice to which a spring gush forth from it. / The Amazing Petra in Jordan

It’s well-known as “a rose-red city.” 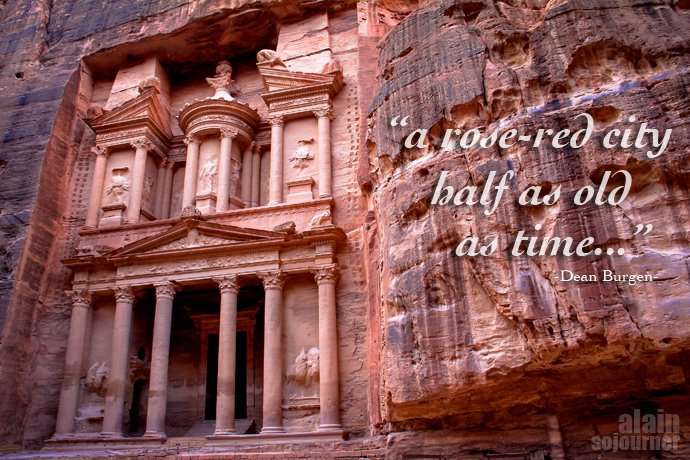 But, in reality, it’s pink! Especially when you visit the site in the morning. The Amazing Petra in Jordan.

It was built by the Nabateans whose engineering genius is unparalleled as shown in this masterpiece. 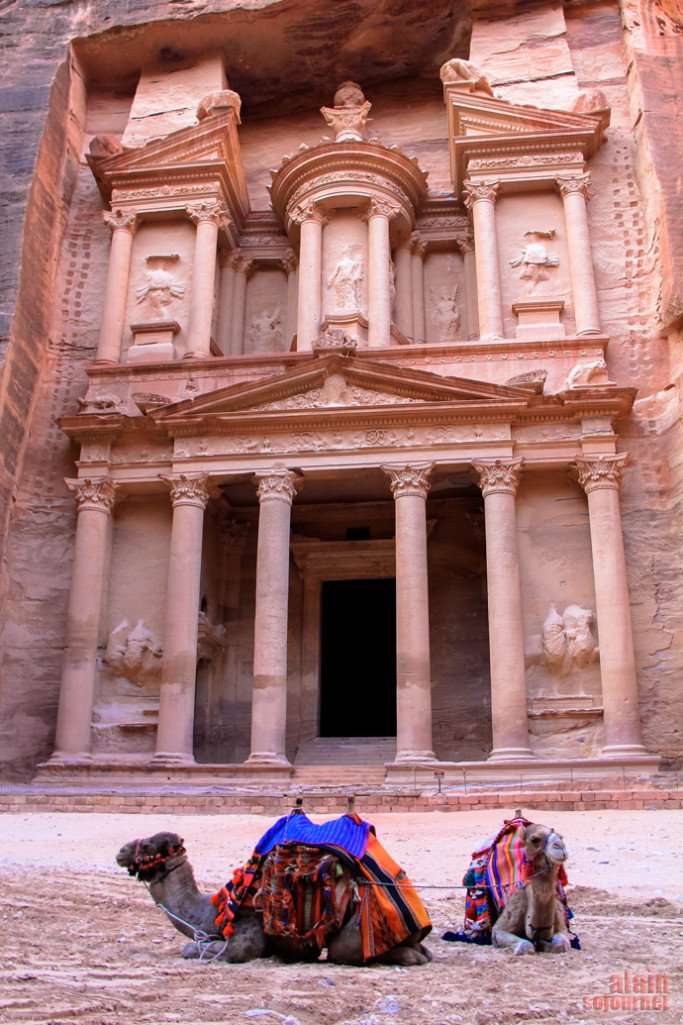 It was built primary as a tomb for a Nabatean King and later, as some archaeologists / scholars suggest, a temple. 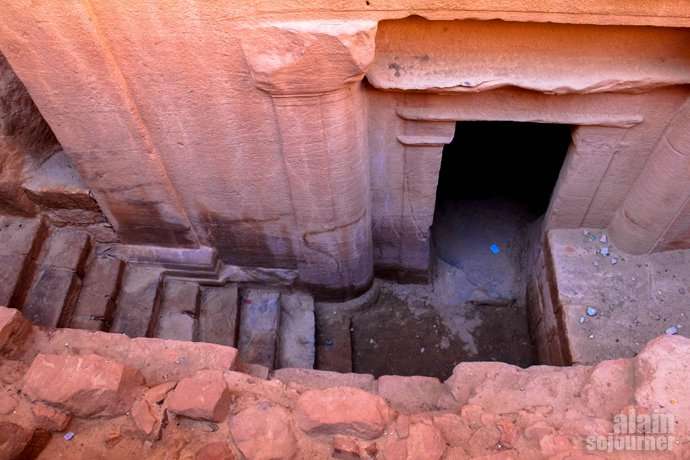 Under the Kings Tomb are sets of smaller tombs.

The Treasury, the most photographed icon in Jordan, shows how open-minded the Nabateans were. 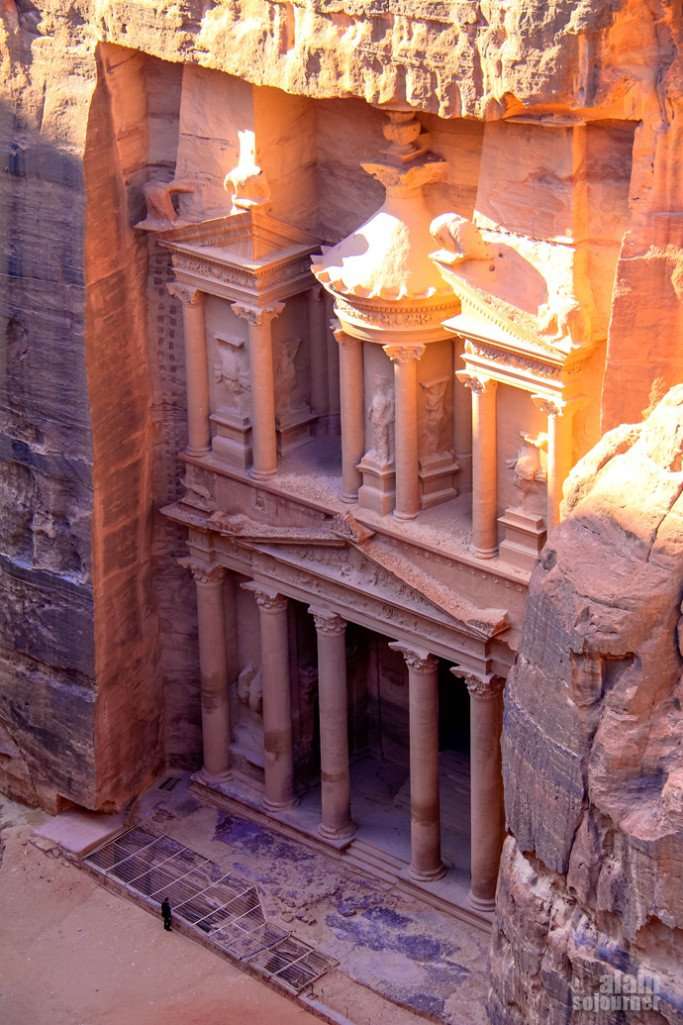 The carved monuments show the outside cultural influences and added their own. 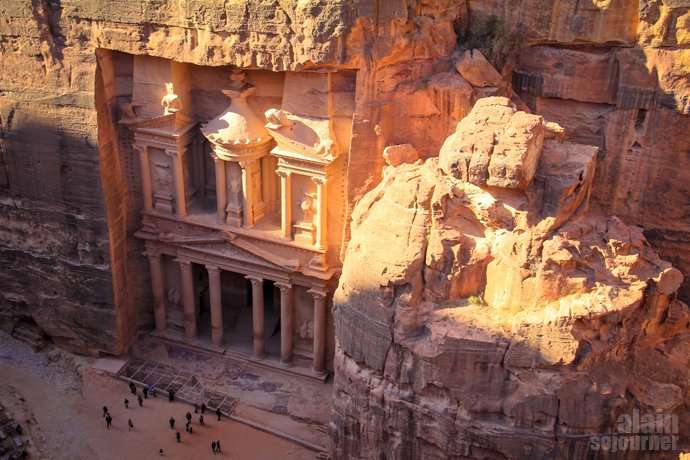 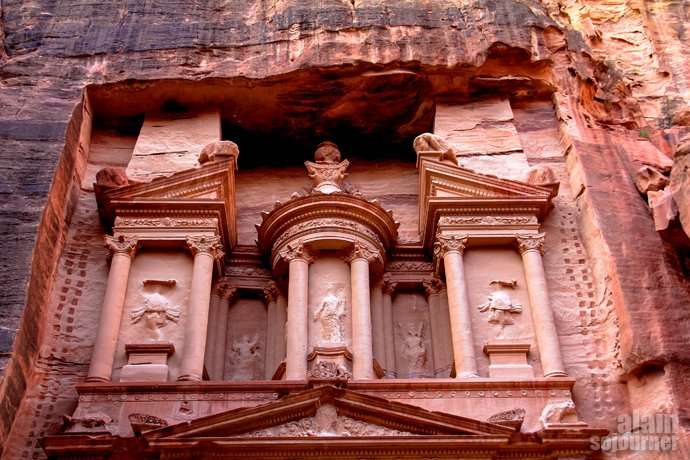 It is immortalized in thousands of travel magazines, postcards and the adventure movie, “Indiana Jones and the Last Crusade.” 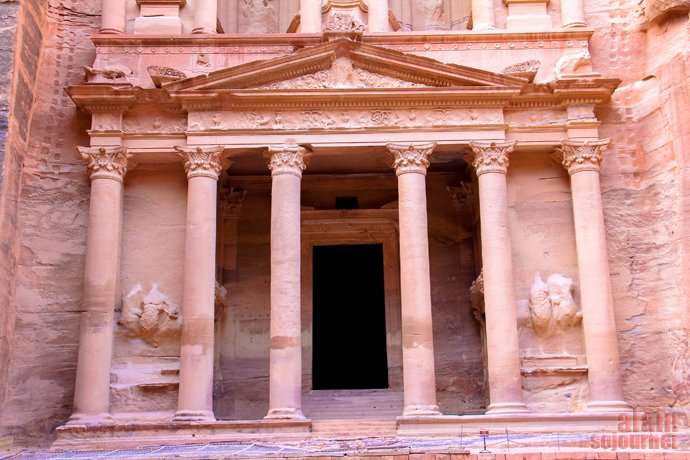 It’s an engineering genius that’s carved on the side of the Rock. 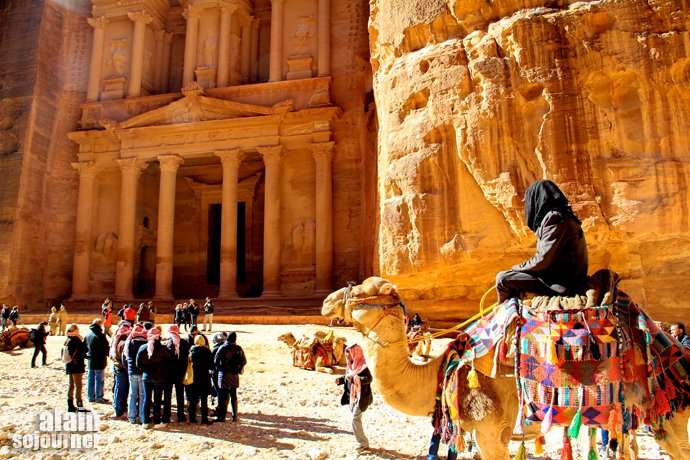 It’s not your typical ancient ruins that are common to UNESCO World Heritage Sites. 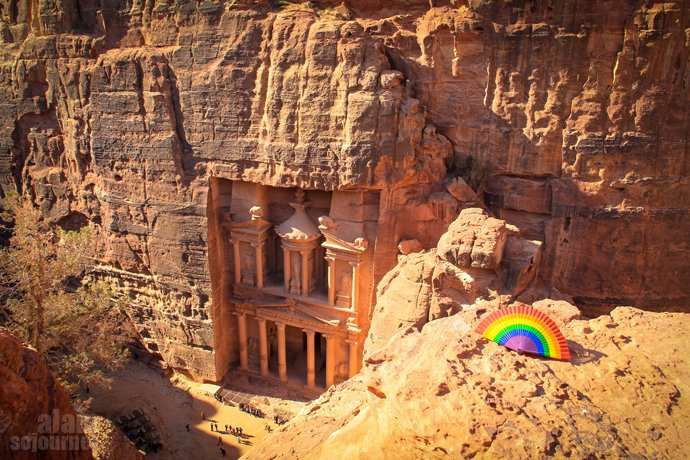 It’s a looooong hike/climb to see this panoramic view of the Treasury. But, it’s worth it! 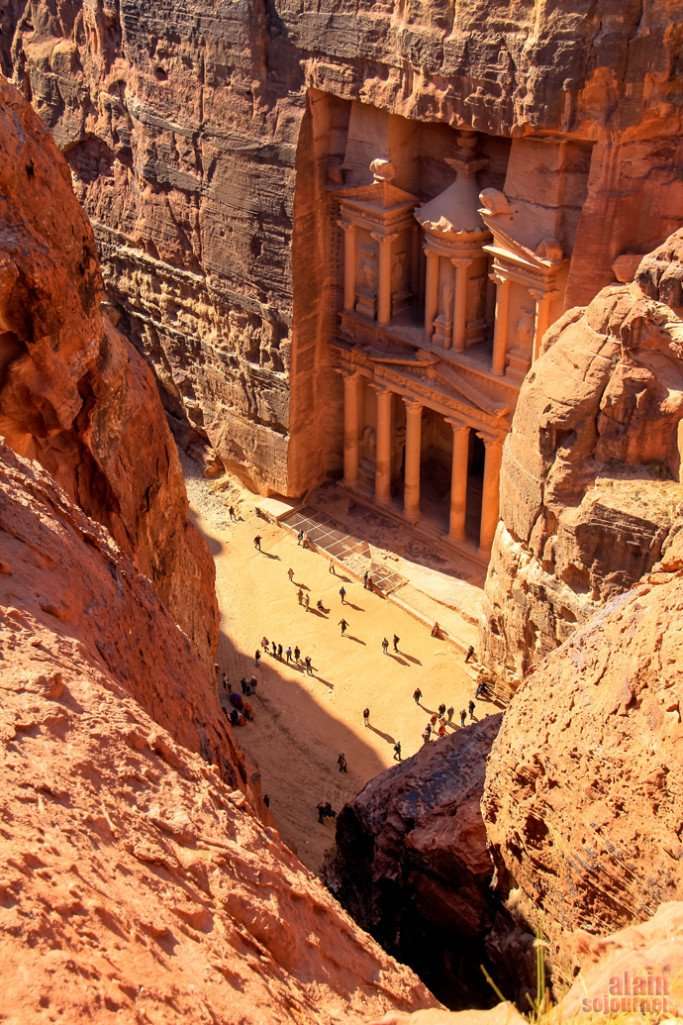 If you go there in early morning, when the sun is almost peeking, its baby pink color dazzles your eyes and imagination. 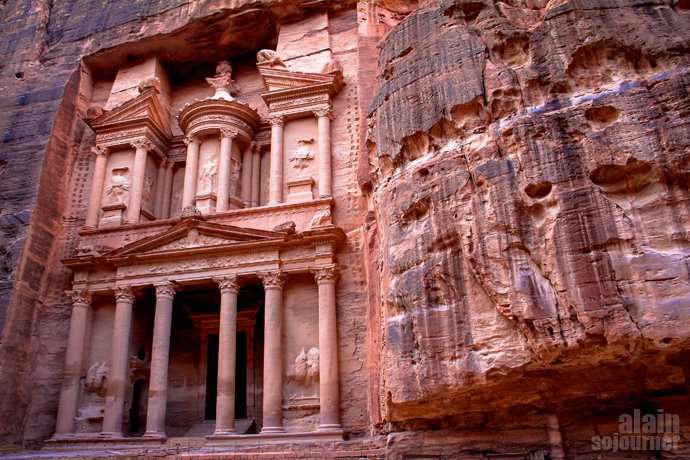 —and your heart is full it cannot speak. Even the camels are speechless. LOL… 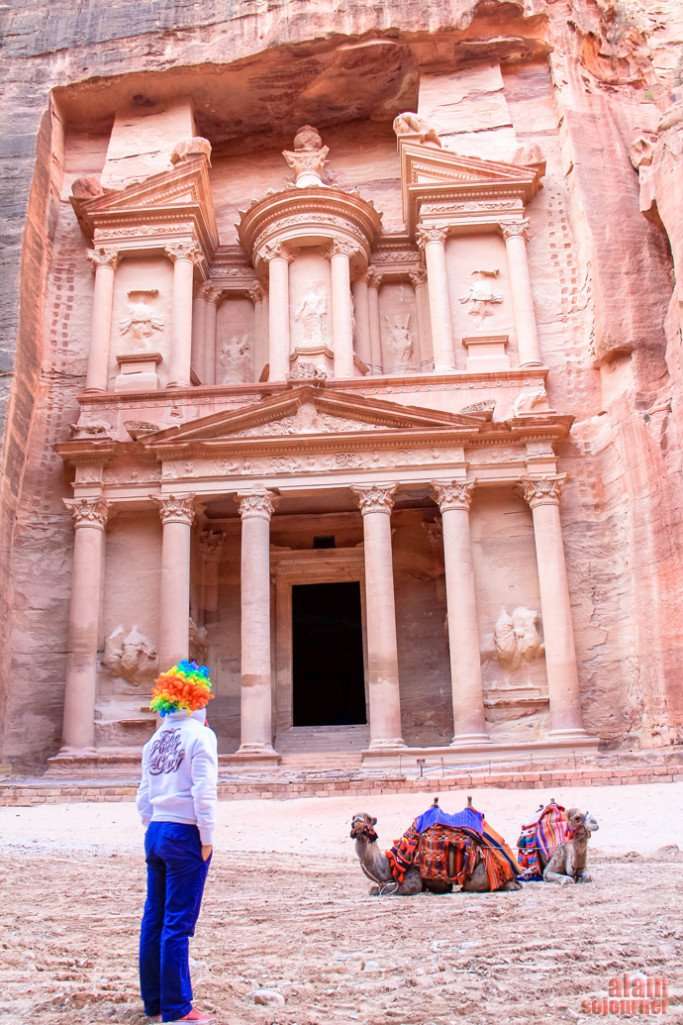 In the evening, be sure to witness PETRA BY NIGHT. There’s a cultural presentation performed by the bedouins. 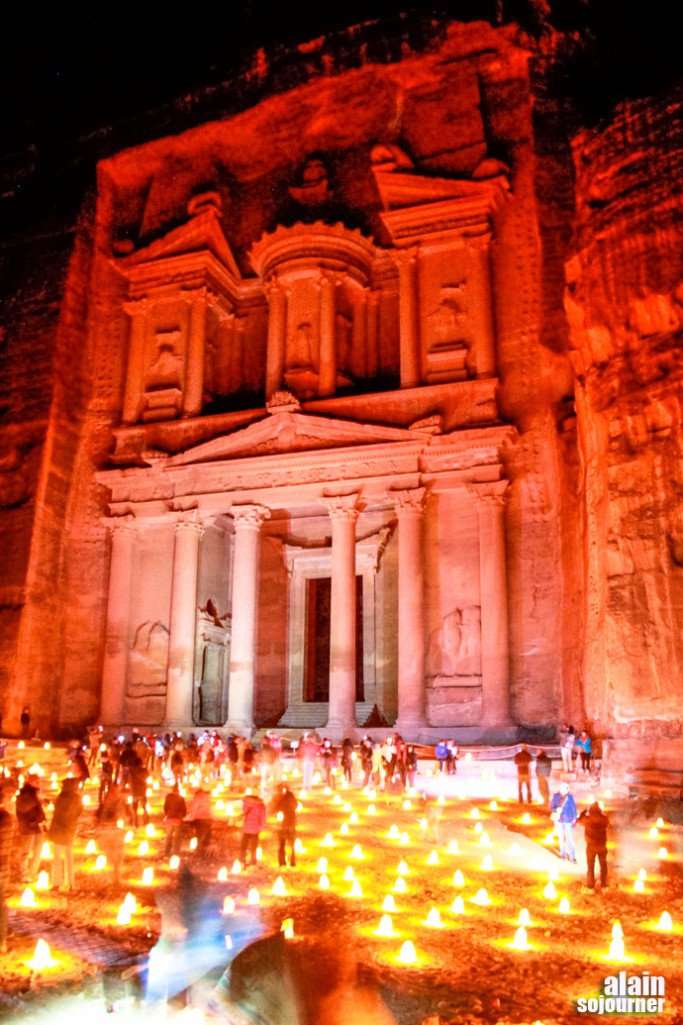 From the Siq all the way to The Treasury, candles lit up the gorge and the site. 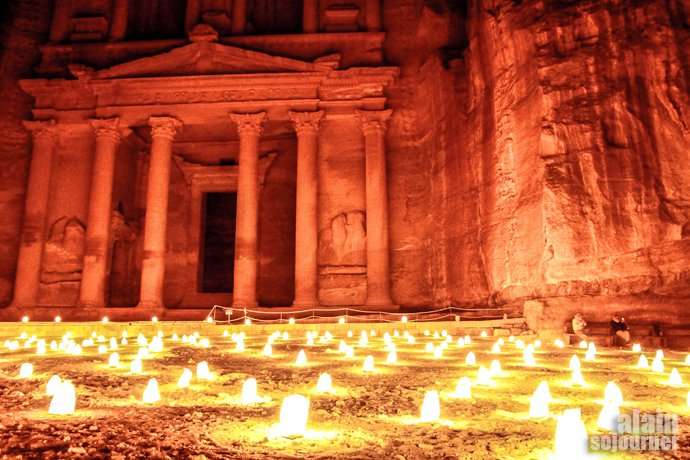 And it’s soooooo romantic—even if you are alone. 🙂 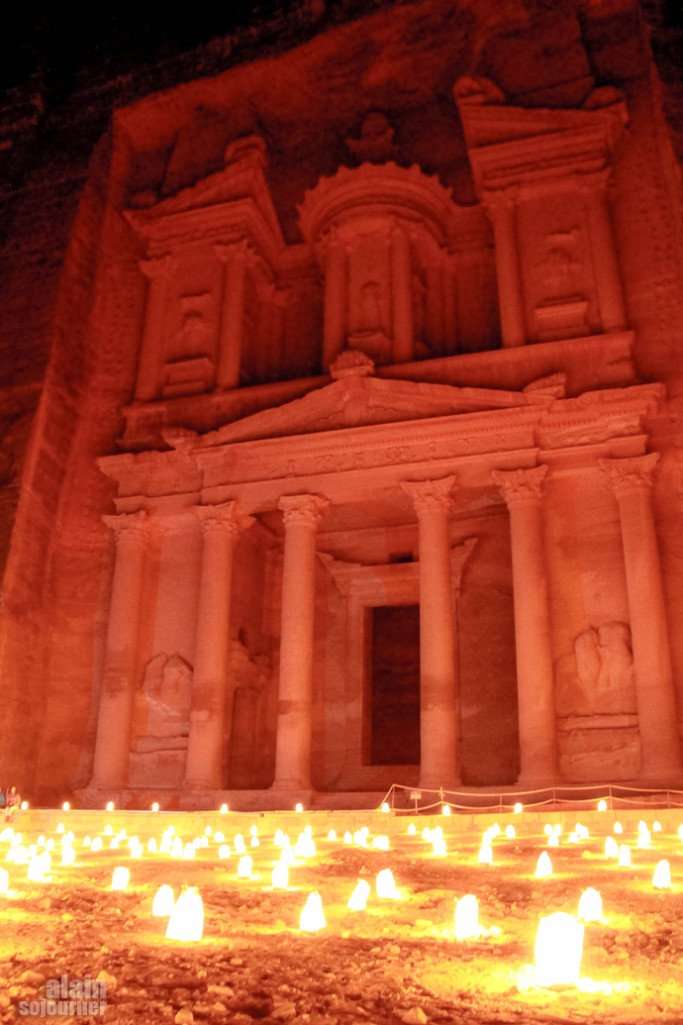 This, my friends, is how I celebrated my 2013 Christmas Day! 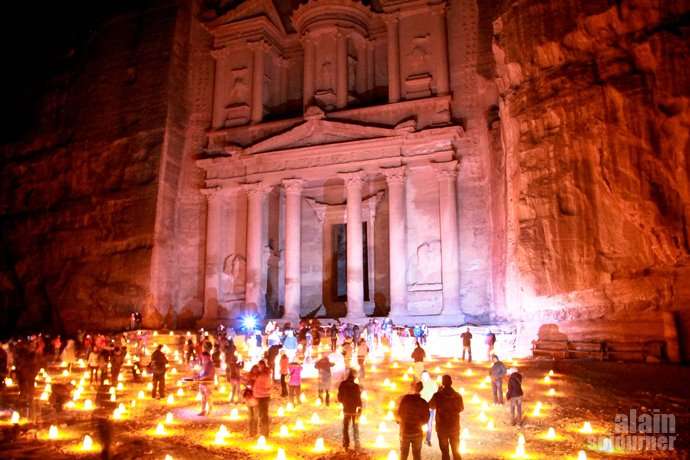 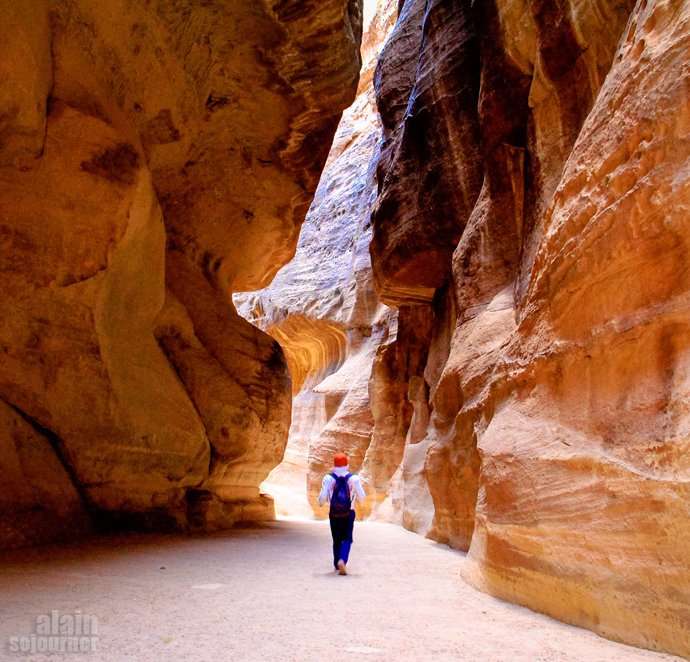 The Siq – In the Footsteps of Indiana Jones 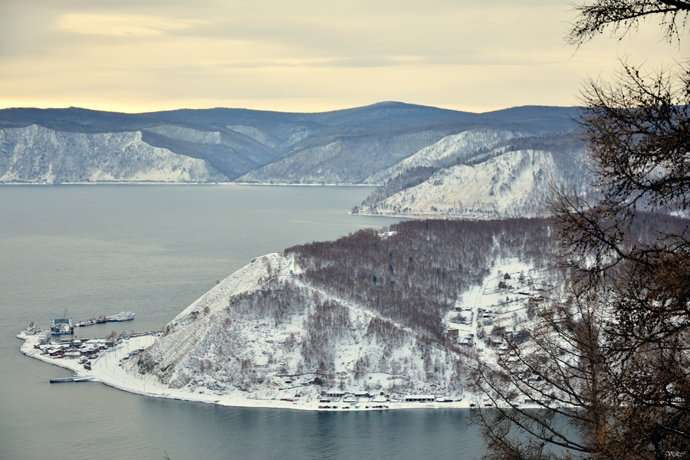