This temple in Chinatown Jakarta is worth exploring. The locals call it Glodok which is also the name of the district where it belongs to. The compound has three (according to my count) under the same name – and you can see all of them in one visit. There’s no need to cross streets and pedestrians because they’re all interconnected.

Part of our walking tour in Jakarta is passing through Chinatown.

Like any other Chinatown in almost every city in the world, Chinatown in Jakarta is not so much different. And yes, it’s full of restaurants that don’t only serve Chinese food but also local food and delicacies.

We didn’t really stop in one of these restaurants. My walking tour guide walked me directly to the temples.

This is Jakarta’s oldest Chinese temple which was built in 1650.

Depends on who you ask, this temple has another name – Hian Tan Keng.

During the massacre of the Chinese ethnic minority, the temple was burned down in 1740. It was later restored in 1755.

Then in 2015, the temple caught fire which caused ancient damages on the roof and some sculptures.

Today, the temple is still a busy place for worshippers who come and go.

Outside the temples, you will find all sorts of things.

There’s a mini-market where you can buy fresh veggies and seafood. 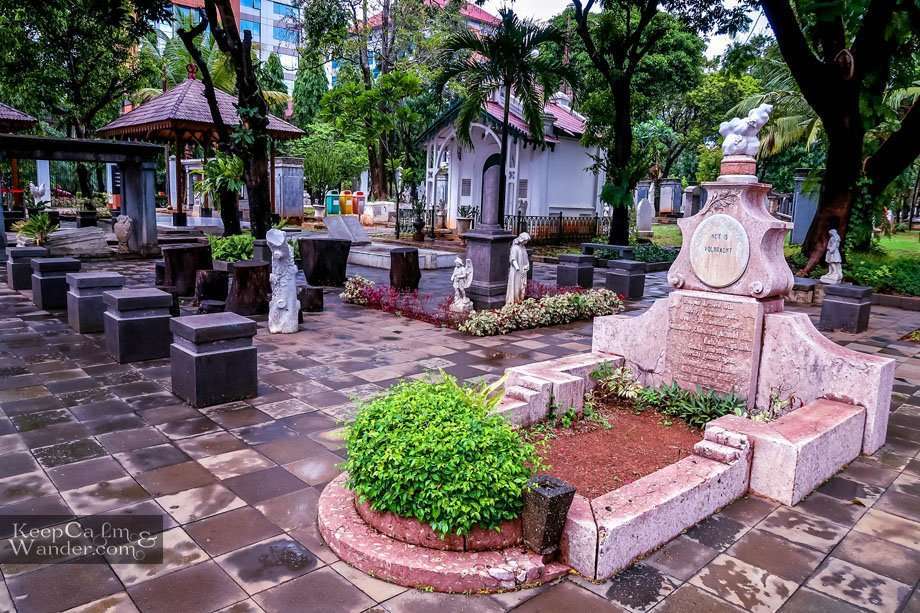 Museum Prasasti is Not Your Ordinary Museum in Jakarta