Visiting Taj Mahal – The Monument of Love – is something you should include in your bucket list.

What comes to mind when the Taj Mahal is mentioned? Love. Undying love.

Yes, Taj Mahal is always synonymous with the undying love of Emperor Shah Jahan to his favorite wife. He built it to honor the memory of his beloved who died while giving birth to their 11th child. Her death affected the emperor so hard that his hair and beard turned white in few months. Theirs is a love story that has been told from one generation to another. The Emperor’s love for his wife is bigger than the size and fame of this monument.

You might wonder why the Taj resembles that of a mosque – that’s because Shan Jahan was a Muslim and India has a long history with the religion.

Taj Mahal in Agra is India’s most famous landmark.

It can be translated as “Crown Palace.”

It is made of white marble that changes colors at different times of the day.

It’s pinkish in the morning, milky white in the evening and when lit by the moon, it turns golden.

All four sides of the building are completely identical.

It took 22,000 people to build this magnificent building that later nicknamed as, “the world’s most beautiful building.”

Rumour has it that the hands of those who helped in creating this building were cut off when it was finished.

Why? Because the emperor didn’t want the same men to build another building more beautiful than this.

More than 1,000 elephants, too, helped in carrying the marbles and other materials needed to make this building a reality.

It took 17 years to complete this amazing piece of art.

At the heart of the building (just below the big dome), you’ll find the tiny tombs of Mumtaz Mahal and Emperor Shah Jahan, resting side by side.

The minarets are tilting outwards to protect the Taj from earthquakes and other natural disasters.

During the Indian Rebellion in 1857, the British ripped off a lot of precious stones from its walls. You can still see a few of them there.

A lot of people I know said it’s in the morning – to be able to witness the sunrise. But, when you go there during winter months, it’s rare to see such a spectacle because of the thick fog. During the day, the place is overcrowded and people are everywhere in your photo or selfie. At sunset, fog still ruins your visit. In other words, avoid visiting Taj Mahal in winter months because they just don’t delay trains but also ruin whatever your photographic fantasy of the place you’re visiting. Ironically though, guide books recommend the winter months (high season) as the best time to visit the country as it can be searing hot in the summer.

Hostel in Agra with Views of Taj Mahal

Related: Things to do and see in India 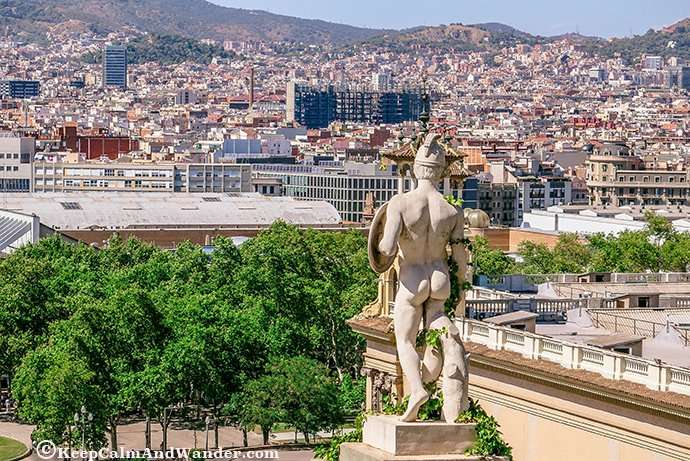 Take a Peek of Catalan Art at MNAC 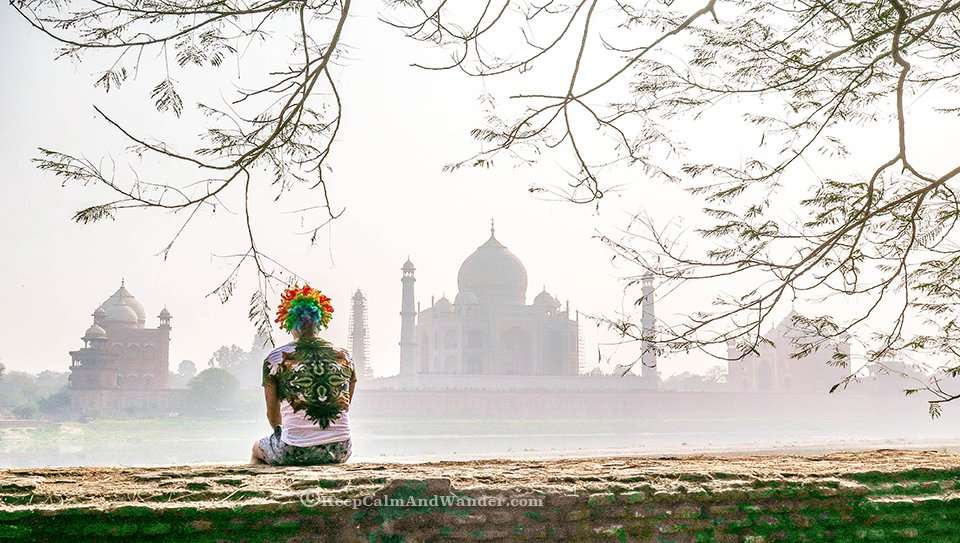 I Wasn't Allowed to Bring my Rainbow Wig at Taj Mahal