I guarantee that you will be shanghaied by The Bund at night. The city’s skyline views after sunset are breathtaking. You do not need to join a night tour – just go there by yourself and enjoy it. Don’t worry much about security. The Bund promenade has police officers on duty everywhere. Not to mention the cameras that seem to follow you wherever you go.

The flickering neon lights of the skyscrapers across the Huangpu River are mesmerizing.

But before getting too excited to see the Shanghai skyline at night, how about a dinner with a view?

I think you should start the night by having dinner at The Captain Hostel.

Make sure to reserve a table on the outside patio before you go.

If you can’t make a reservation, just go there for a drink. Their bar has a wide variety of alcohol from around the world.

It’s a 360-degree show, so make sure to turn around and see it all!

After the show, stay for a while until the crowd subsided. Everyone is heading back to the metro/subway and you don’t wanna join them, right?

When only a few people left, that’s the time for you to take your selfies. 😉 The Bund promenade has a length of 1.5 kilometers, so take your time to pose. 😀

And before heading back to the metro, stop by The Charging Bull sculpture. It exactly has the same height, weight, and length as the same sculpture found in New York City.

Wherever you stay in Shanghai, you are certainly accessible to any public transport. So, it doesn’t really matter because the city’s public transport is one of the best in the world. This time, no hostel for me. I stayed at  Hotel by Zhongshan Park. I got a good deal during the week – and I couldn’t be happier about my experience here. Zhongshan Park metro is just two minutes on foot and groceries, shops, and malls are just around the area.

However, if you wanna stay in a hostel close to the city centre, the Phoenix, near People Square should be your choice. Captain Hostel, too, is a great choice for its patio restaurant/bar overlooking the Shanghai skyline. You can book these two hostels through HostelWorld, and Booking. For other hostels, check out this list of the Top 10 hostels in Shanghai. For hotel accommodations, TripAdvisor and Expedia have many choices, too.

Buying train tickets at the train station anywhere in China can be confusing for those who don’t speak the language. What I always do is book via TRIP because it’s the most convenient, and they don’t really charge that much for the service fee. The money you’d spend going to the train station might be the same as the service fee. And you wasted no time joining the long queue there. However, on the day of your trip, make sure to be at the station for at least an hour and a half. Go directly to the window booth where they issue the real tickets. You have to show the reservation number/s. Train attendants usually allow passengers to checkin between 20-30 minutes before the scheduled departure.

ChinaShanghaiShanghaied by The Bund at Night 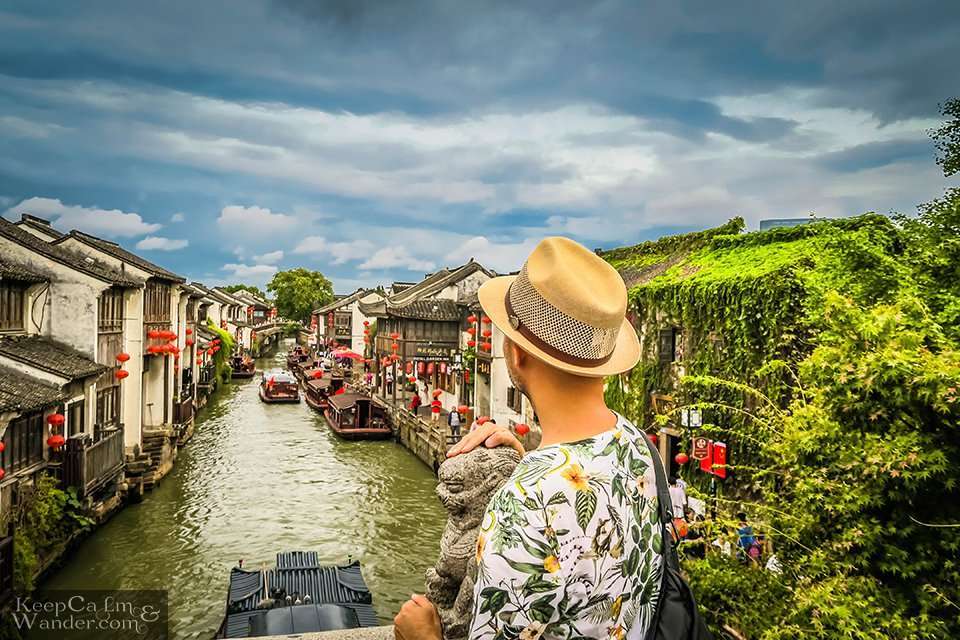 Shantang Street in Suzhou – Your Window to Wu Culture 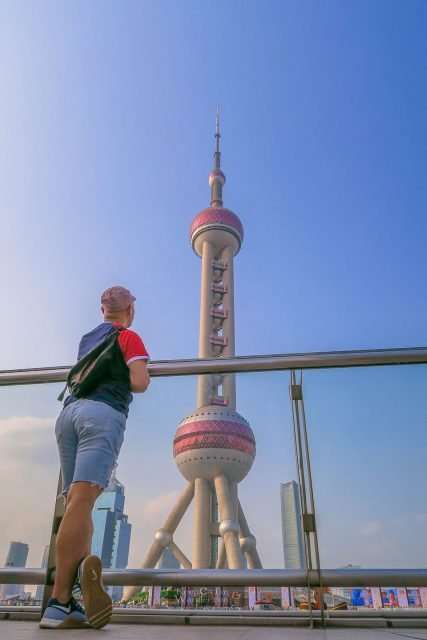