Yes, the sea lions at Fisherman’s Wharf are stinky but cute. As soon as I walked down Pier 39, the air was putrid but my nose just ignored it. Don’t underestimate them, they bring money to the local businesses in the area by drawing millions of tourists every year. Both kids and adults love the sight of them barking in that unique deep, loud, husky sound.

According to the one I talked to, the sea lions just appeared at the pier one day and decided to make the floating rafts their homes. They never left since then. While most of them are sleeping, the younger ones are restless. They would find their way on top of the sleeping ones and would sometimes push them out onto the water.

The naughty ones are funny to watch with their antics. They’re either barking out loud to awaken the lazy ones or stomping them with their feet. It’s also fun to watch some of them attempt to jump into the raft and fail a number of times because another sea lion would block or push him back onto the sea. When one finally lands on the raft, the crowd would clap and cheer for joy! So cute, right?

And when you see them like that, suddenly, you forgot about the disgusting smell.

The sea lions at Fisherman’s Wharf are instant “sea-librity.” 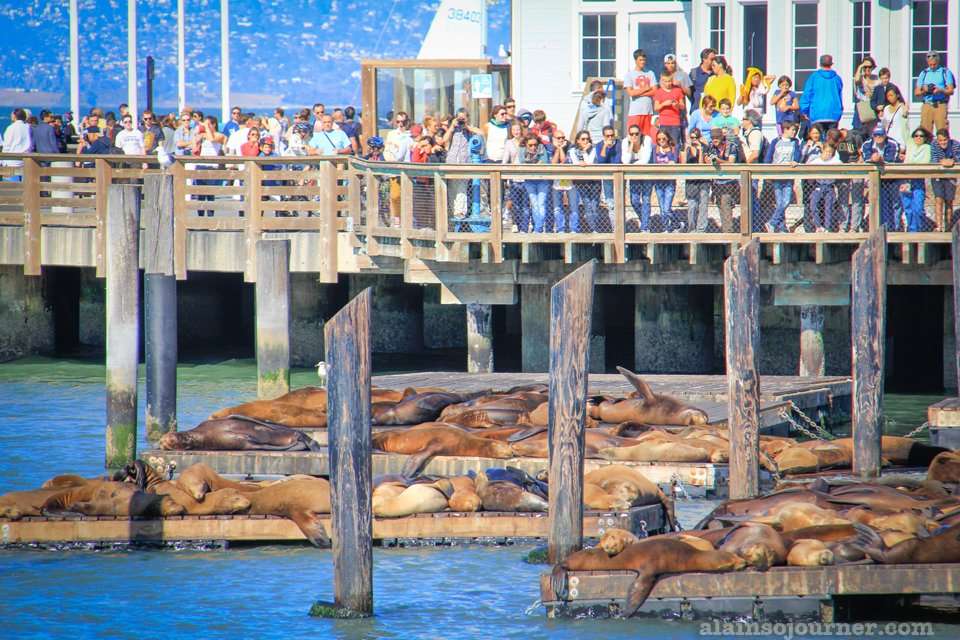 They sleep most of the time. 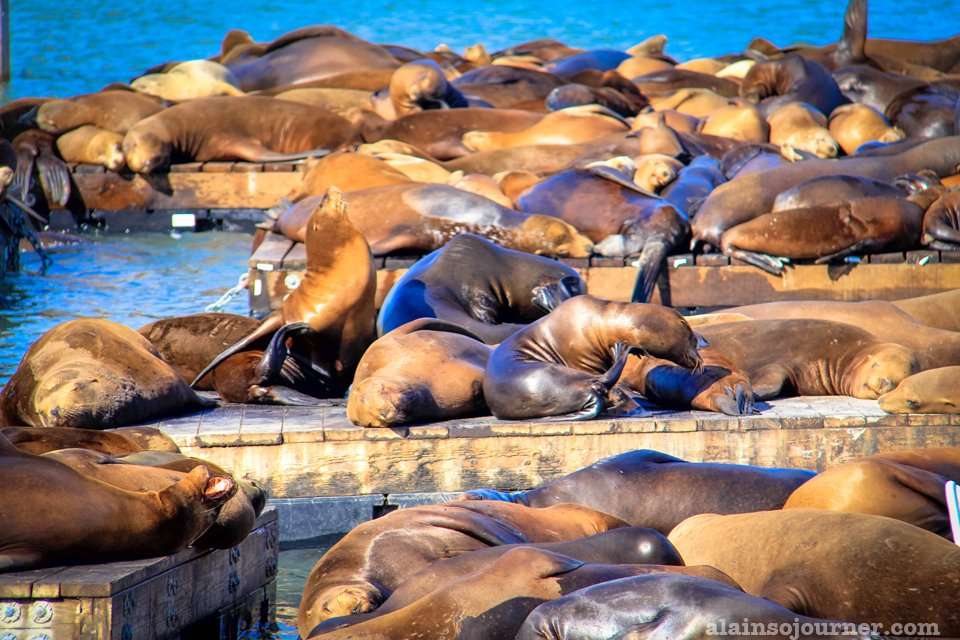 They occupy most of the floating rafts at Pier 39. 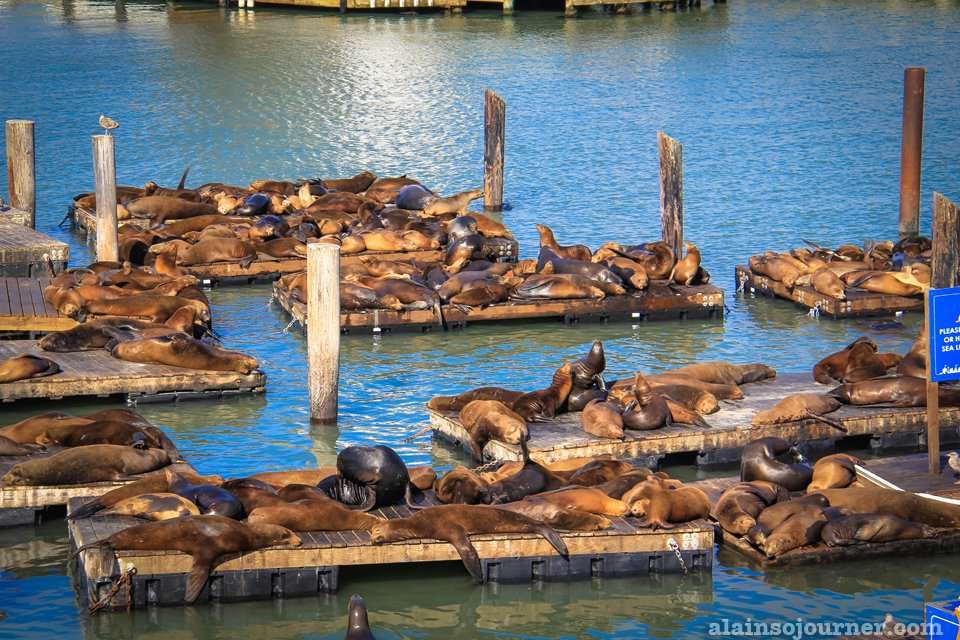 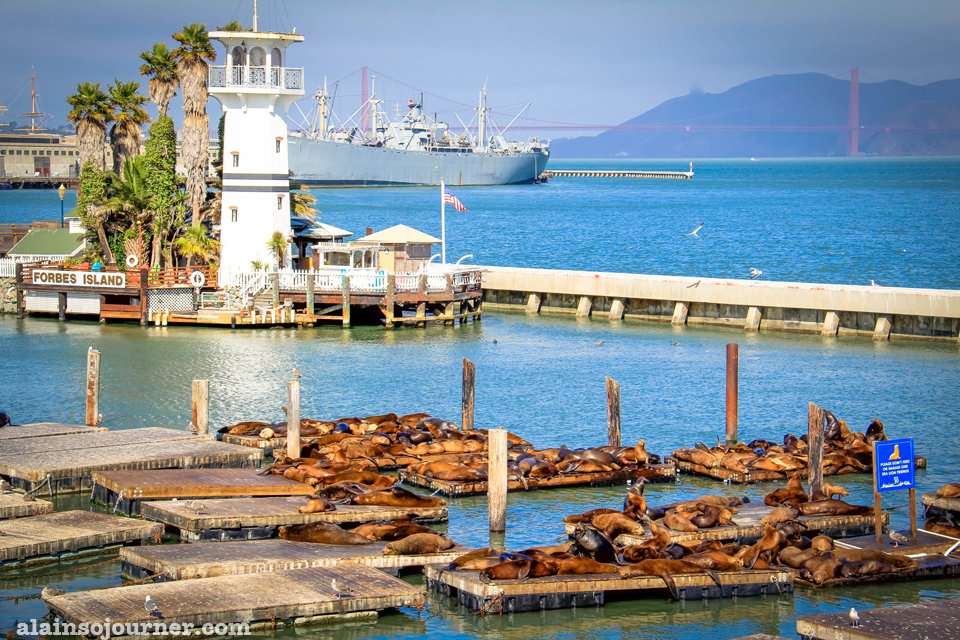 In summer, many of them go to Southern California to breed. 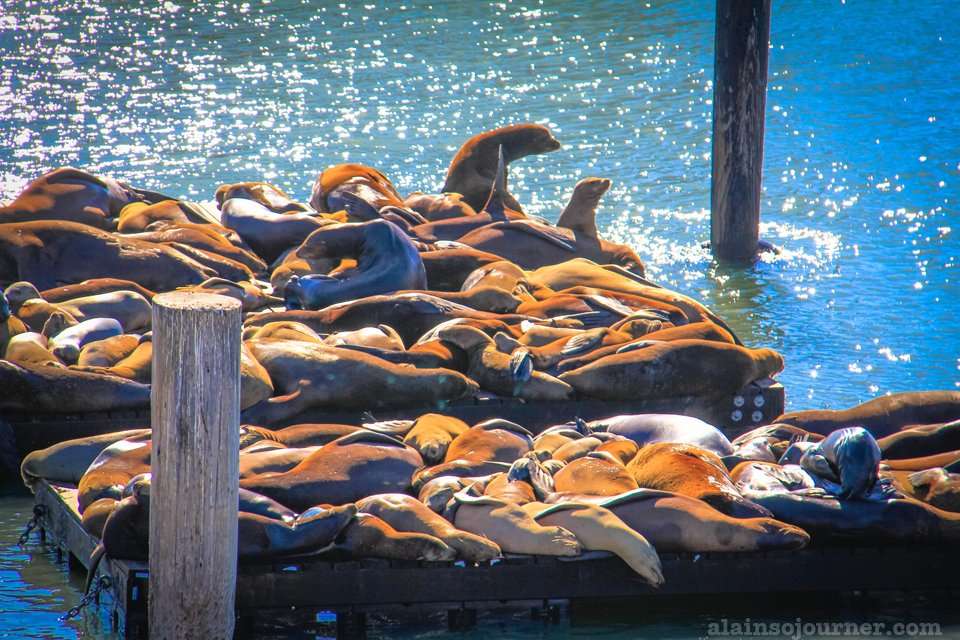 That’s why, some rafts are empty and the birds are free to occupy them. 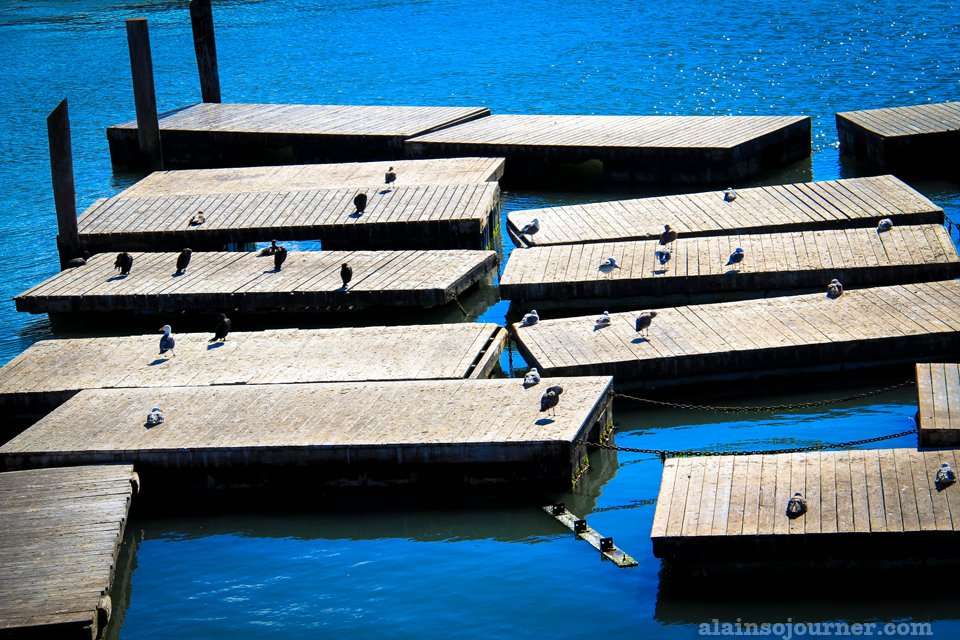 They talk to each other, too. 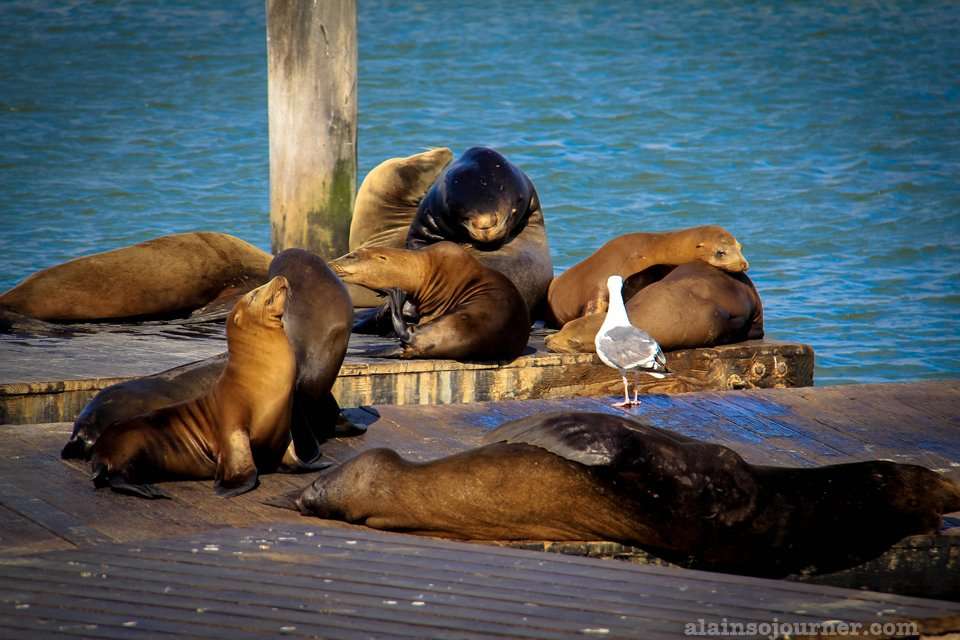 Sometimes, they sing. I mean, bark. 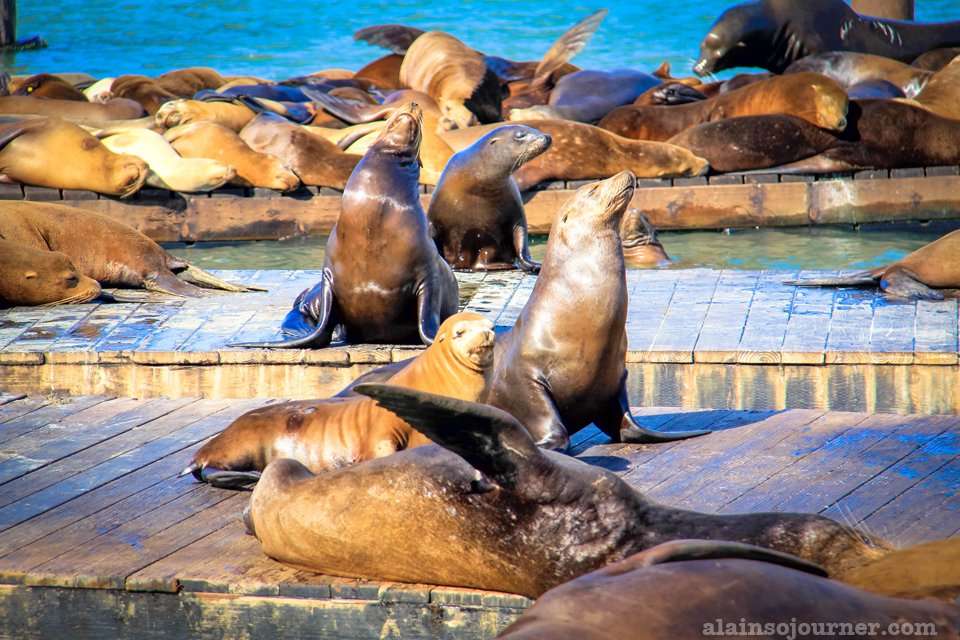 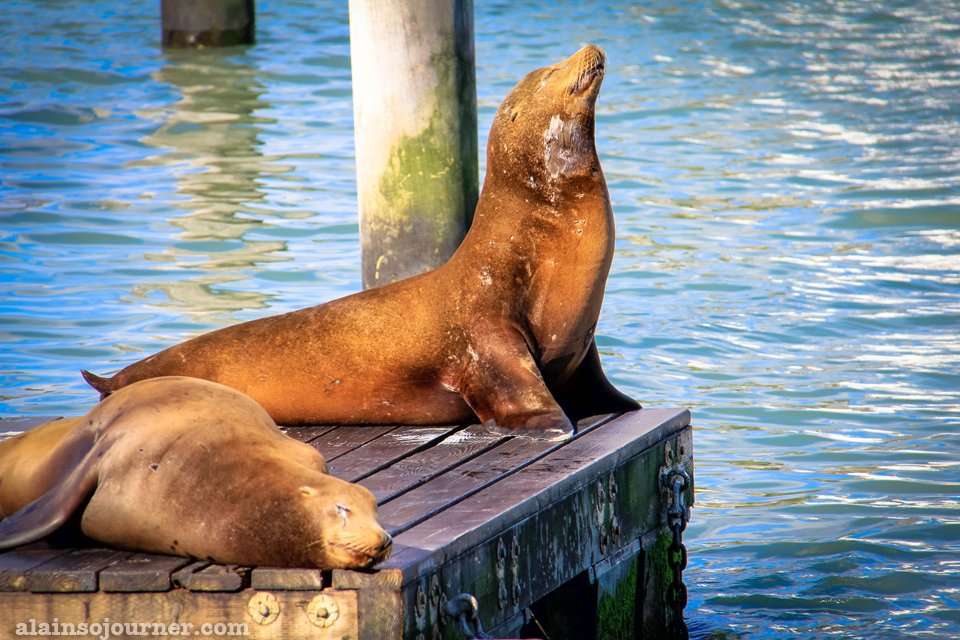 They fight by pushing / throwing each other back to the water. 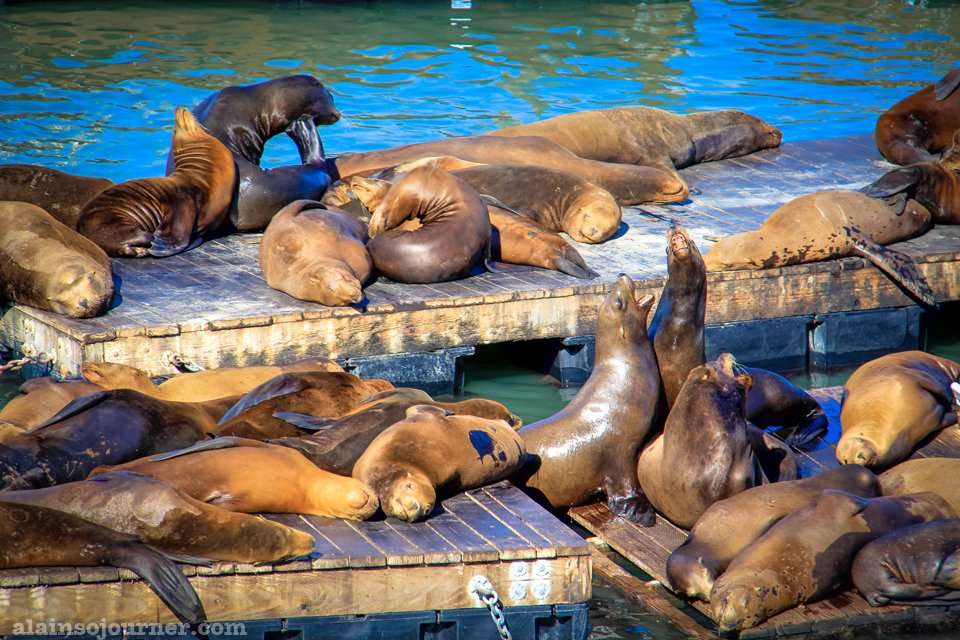 Out of boredom, few would find trouble by walking on the sleeping ones. 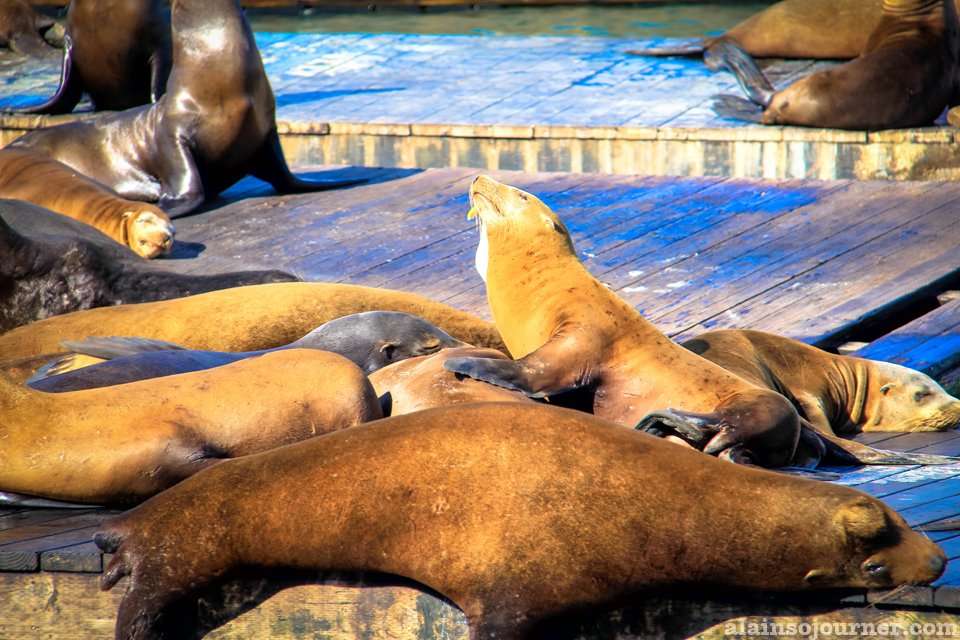 Oh yes, they give each other cute, sweet kisses, too! 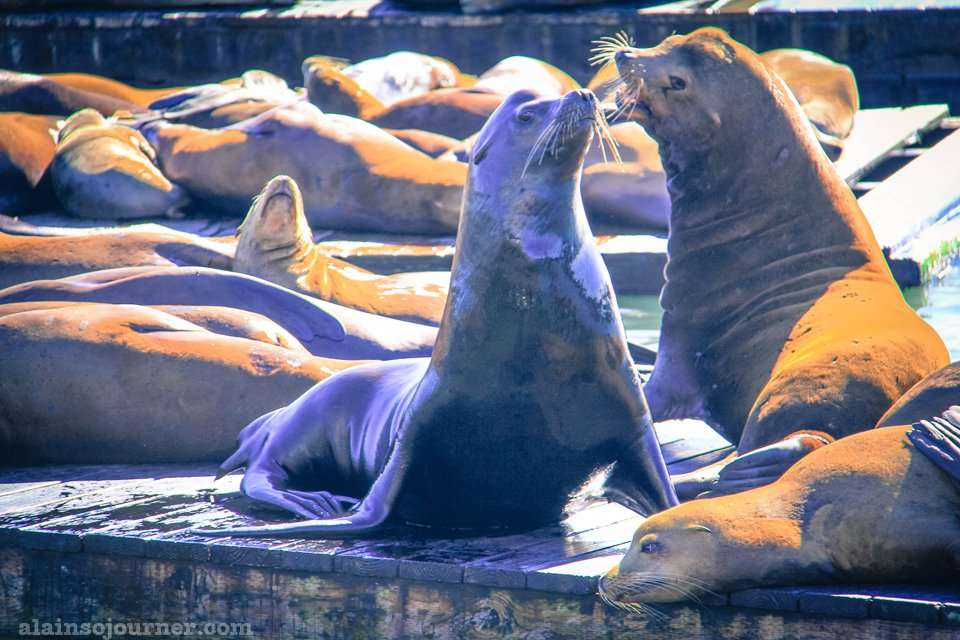 And someone would cheer! 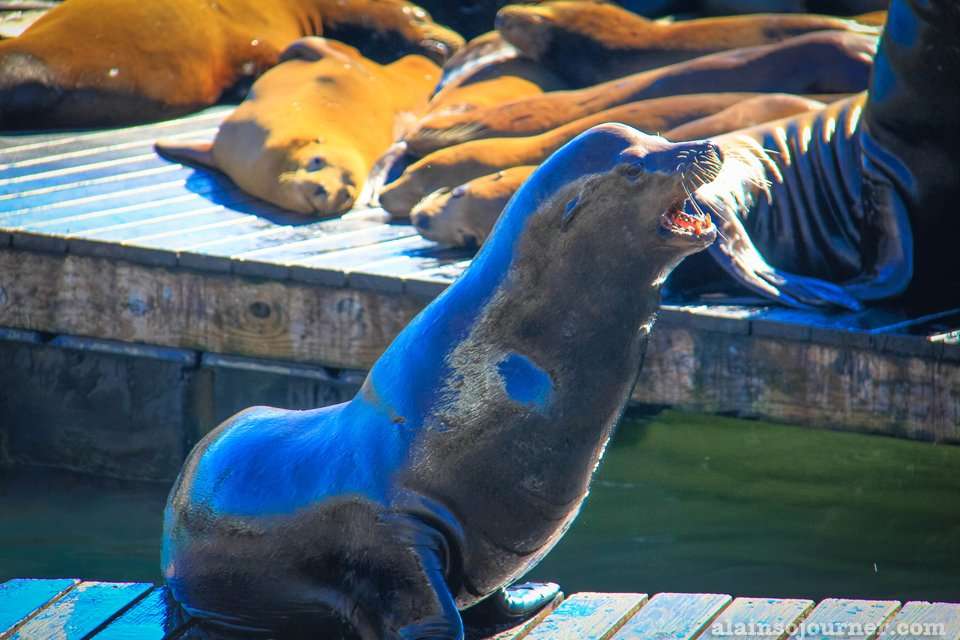 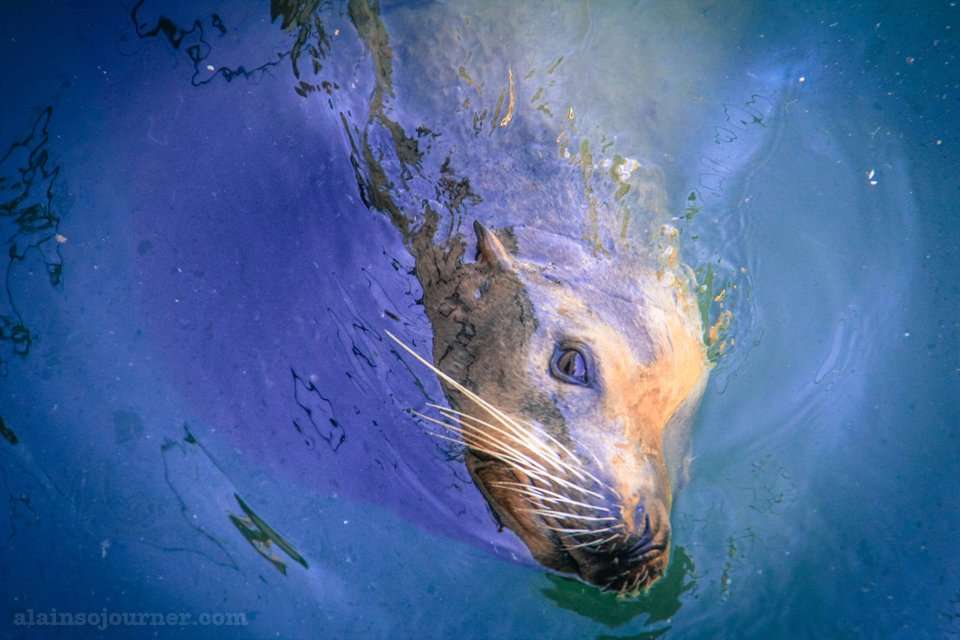 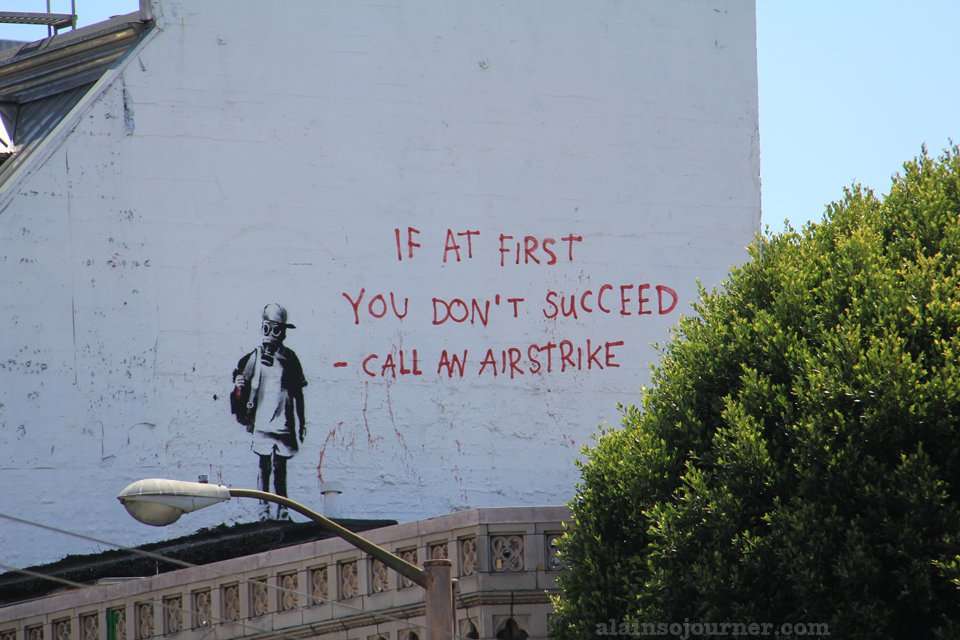 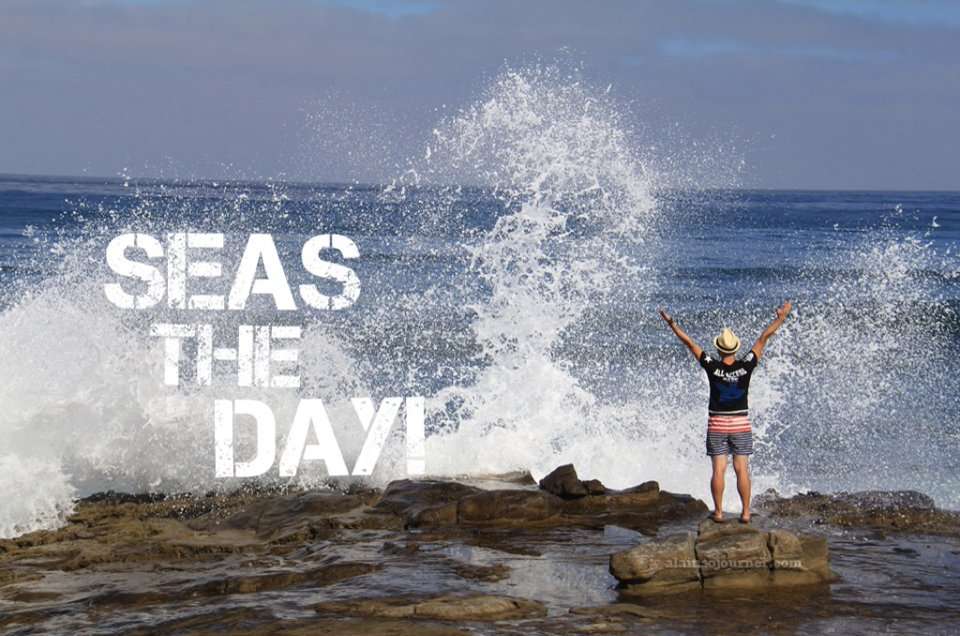 That Moment I Made The Waves Roar