The Spectacular Schonbrunn Palace in Vienna

As soon as I entered the gate, my jaw dropped at its regal presence. The facade doesn’t look like it’s another Baroque building scattered around the city, but it really has this aura of power and prominence of past and present.

Can you go inside the Palace?

Yes, you can. Unfortunately, I arrived 30 minutes before closing time. So I decided to stroll the palace grounds and its gardens which closes later. I think it’s the best time to visit Schonbrunn Palace because there were only very few people left.

The Palace Grounds and Gardens

You have to know that the palace grounds are far and wide.

It took me three hours to go around parts of the palace and its gardens before the guard showed up and told everyone to keep out.

The gardens are well-manicured and picking or getting near around the flowers is prohibited.

The tall hedges are so photogenic because they’re wonderfully cut!

The 200-hectare park surrounding the palace is laid out in Baroque style since the 18th century. It still retains its original proportions.

So does the Great Parterre – the small green patches of garden that contain some 32 different sculptures.

It is literally crowned by the Neptune Fountain at the far end of the palace ground. Relax and admire the marbled Neptune Fountain. Can you find him and his son Achilles?

Behind the fountain is a hill with the wonderful Classical Gloriette constructed in 1775. I was not able to visit it because I was already exhausted from walking.

Schonbrunn Palace has, believe it or not, 1,441 rooms! Oh, dear! How long would it take to visit all these rooms?

Looking at the palace in all angles, there’s no doubt the Habsburg rulers had their own extravagant ways.

Franz Joseph, the longest-reigning emperor of Austria, was born in this palace. He is probably the only ruler in the Habsburg dynasty to have stayed for long in it. It is believed that most of his youth and old age was spent here until he died at the age of 86.

After the Habsburg dynasty collapsed, the palace served as a headquarters for the British Military Garrison stationed in Vienna.

Although it has long lost that status, it is still used for high profile political meetings between world leaders.

Do you know that the world’s oldest zoo is on the grounds of Schonbrunn Palace? It was built in 1752 and it is home to more than 750 species.

Other places to see around the palace are pavilions, Roman ruins, Sundial House, and the Palm House. And as you might have guessed – yes, I wasn’t able to go to these places. 🙁

I learned that inside the palace, the Great Gallery is grand and spacious, replete with exquisite art show. It was first used as a courtroom, only to be used as a ballroom from the 18th century onwards.

While the Great Gallery was for public gatherings, the Hall of Ceremonies served as a place for family functions such as birthdays, name days, weddings, and everything private.

I intended to stay here because I had an early train going to Bratislava. The room I was assigned was very spacious and bunk beds are arranged comfortably. The staff members are friendly and the hostel itself is clean. Since it’s close to the station, there are cafes and grocery stores in the area and very accessible to public transport. If you’re not in a budget, here are some hotels where you can stay.

NEXT
Tips for When to Take out the Camera, and When to Put It Away, When on Vacation in South Africa 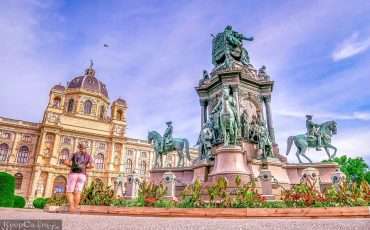 My Own Walking Tour of Vienna – The City of Music 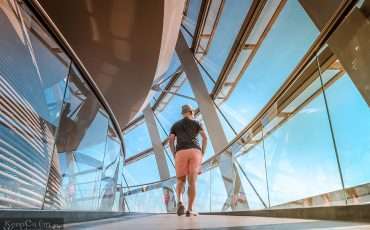 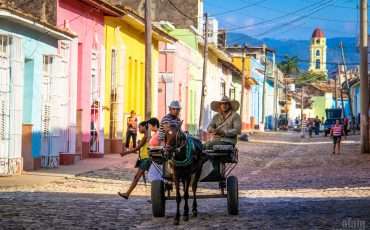 Cuba is one of the most beautiful countries in the whole world and it is famous for its culture, architecture