My fabulous, Cuban landlords had warned me not to go to Santiago de Cuba — and I should have listened. Well, I actually did. I scrapped it off my list of places to visit before flying to Havana. Instead of going to Santiago, I changed my itinerary to Vinales. However, as I started my way from Havana to Cienfuegos to Trinidad and to Santa Clara, I changed my plan in a fickle of mind. I thought Santiago de Cuba was nearer to go from Camaguey than going back to Havana and then to Vinales. I’d have lost a day if I had done it.

My arrival at the bus station in Santiago didn’t start as planned. I arrived at midnight and I expected that the owner of the casa where I’d be staying would be there when I disembarked. I waited for 30 minutes and, unfortunately, nobody came to meet me. I finally surrendered myself to one of the five touts whose job is to convince tourists to stay in the casa that gives them a commission. But, before I got into the hired taxi, I negotiated the price first ($20/night) and never budged whenever they tried to go higher than that. And maybe, because of my stubbornness, they brought me to a terrible casa. Oh well, so much for budget backpacking.

“Nobody likes the people in Santiago de Cuba,” said my landlord. Such sentiment was also echoed by Cubans I met in Havana and Trinidad. They all told me to be careful in dealing with them. They even advised me not to go there anymore.

“The people there are different from the rest of Cuba,” said a student I met in Santa Clara. “I worry about you going there. Call me when you encounter any problem there,” he offered. “They’re not Cubans. They give Cuba a bad name,” an acquaintance in Havana told me like there’s anger in his eyes.

I actually took their words in my head. But not, too seriously. I didn’t want to ruin my trip by thinking too much about it while walking around and discovering the city in two days.

There’s not much to do there, really. While Santiago is known for its son, Cuban music,  I didn’t experience much of this. They’re also known for the grand Carnaval in July.

On my first day, I walked around, got lost, and tried some street food. The city sits on hills, so if you have knee problems and other health issues, you might not want to do that. But it’s walkable at your own pace, I guess.

You can’t miss this yellow piece of colonial architecture. It’s a museum that ushers you to the clandestine struggles of the people against Batista’s regime. Across the street is the house where Fidel Castro used to live for two years when he was still a student in this city. I asked one of the old people there about the house but nobody was willing to, at least, point me which house is it. Hmmmnnn… they must have thought I’m a spy? LOL…

Join some of the locals enjoying their time watching people go by. Blend in.

The Spanish conquestadores used this same balcony overlooking the bay to look out for pirates. Good luck if you see one. If not, just enjoy the view.

Enjoy Parque Cespedes—if you can

I’m not gonna lie. Lonely Planet Guide seemed to make this park a venue of romance and local life—but it’s farther from the truth. This is, perhaps, my most-hated place in Santiago de Cuba. Touts are rude, pushy, and play guilt-trip that tests your patience. A simple, friendly, “No” doesn’t guarantee they’ll leave you alone. When one tout leaves, another comes to bother you.

Well, if you are religious, go inside and say your prayers. If you’re not, go, be still and look up the murals on the ceiling.

Go back in time at Casa de Diego Velazquez

Because it’s the oldest house in Cuba. Moorish architecture of the dark, creepy kind.

Stand at the center of Parque Cespedes and look directly at Ayuntamiento in front of you. Fidel Castro declared the revolution’s victory on this small balcony in 1959. Viva la Revolucion!

Step into its terrace bar and get a mojito or Cuba libre. Don’t freak out, prices are reasonable.

Do you have a passion for Cuban music? You’re lucky. This place is oozing with pulsating Caribbean rhythm.

Visit the house of a literary hero

Jose Marti is the country’s most well-known literary hero of the revolution. But before him, there’s another Jose who awakened the patriotic soul of the people. Everything in this house is ancient. A truly, genuine visit of life in the old yore.

Talk to a writer at UNEAC

This is the headquarter of the country’s national writers’ union.

I’ve never seen a bookstore in my life that sells so many propaganda items and books of time’s past. Very interesting. Even if you don’t buy a book, the old man that runs the place is very friendly and accommodating to answer your questions.

I actually didn’t have the chance to go inside. It was closed during lunchtime.

Stop and listen to street musicians

On a very tiny alley, these musicians play for money, so drop whatever you can. They’re very passionate about their music and you’ll never be disappointed listening to them. Take time to sit and enjoy.

I really don’t know what’s inside. I attempted but I was told that it’s closed for renovation. And if you’re asking, yes, the name has something to do with the Bacardi beer you had before.

The city is proud of its numerous architectural styles that spell out its own history. There’s always something for an architecture lover–eclectic, neo-classical, colonial, art deco, baroque, etc…

Rest your feet in Plaza Dolores

In front of this church is where you’ll find the park that is quite small but much better than Parque Cespedes. Good place for people-watching. No annoying touts bothered me here.

Simply because it can be quiet and be noisy on the next block.

Go here in the late afternoon ’till evening and see how the locals spend their time before or after dinner.

Be awed (or shocked?)

At the center of Parque Marte, a tall statue stands in honor of the veterans. But, hmnnn, I see and imagine a different thing. LOL…

It’s here where the first shots of the revolution were fired into the air. Though it’s currently a school, take a peek into the museum and see the place where the skirmishes took place between the rebels and the soldiers.

It’s believed that Nuestra Sra. El Colbre de Caridad is responsible for many miracles and hundreds of favors that came true. So go there and leave your dreams, wishes and favors to Cuba’s Patron Saint.

Hemingway’s Nobel Prize for Literature Gold Medal is said to be hidden here but when I asked an usher about it, he said with a knowing smile, “The medal is not kept here.” Lying. Very Catholic.

This is a UNESCO World Heritage Site since 1997. This was built to protect the city from the pillaging pirates and played a role in the US-Spanish naval battle in 1898.

There are so many of them here. Many of them congregate in Parque Cespedes. They’re the most annoying touts I’ve ever encountered. Saying “no” twice with a smile didn’t do the trick. I had to give up saying “no” and gave them the silent treatment because they just won’t stop being pushy. My blood was boiling under the baking sun when one accused me of being “someone who hates talking to Cuban people.” Another tout asked me, “Why are you not talking to me? Do you think I’m a terrorist? Do you think I’m dangerous to you?” My gawd, I didn’t see that coming! I gave him my Monalisa smile and slowly left him there. Five minutes later, I saw him talking to another tourist—and probably used the same spiel. Every twenty feet around Parque Cespedes, it is possible you are approached by a tout, one is more aggressive than the other.

On the day I left Santiago, I talked to two Germans at the bus station—-and they, too, had the same experience and heard the same guilt-tripping lines at Parque Cespedes.

In two different restaurants, I entered asking for a table for one—in Spanish. They gave me the Cuban menu with Cuban prices. But, when they realized that I was a foreigner, they changed it to another menu with foreign prices. I walked out of these restaurants when I saw the exorbitant price difference they charged to tourists for the same dish.

The environmental concerns aren’t really important as I traveled across the country. In Santiago de Cuba, however, Pollution is at its worst and the already narrow streets are lined with parked cars. Pedestrians basically inhale the belching smoke from car combustions. The streets are crowded, too. The scorching heat, the disgusting flame from exhaust pipes in cars and motorcycles, the dreadful street dust, and the chaotic traffic were too much and unbearable for a day of sightseeing.

The best and the cheapest way to get around the city is by flagging down a motorcycle. Drivers always carry with them an extra helmet for their passengers. Wanting to visit the Castillo de San Pedro de la Roca del Morro, a UNESCO World Heritage Site, I hired a motorcycle. It’s a 10-km ride from the city center. When I asked the driver how much he would charge for a round-trip, he said $4. Thinking it was kind of cheap, so I asked him again. And again. Three times. Same answer. I felt guilty to give him $4, so I offered $5. He smiled and said, “Gracias,” with innocence in his eyes.

On our way back to the city, he stopped in the middle of nowhere. I thought we had a flat tire or something was wrong with the brake. He asked me to dismount and began telling me that he is a married, young man struggling to make ends meet. He then demanded I pay $10, instead of $5. He said he changed his mind because gasoline is very expensive in Cuba and he has a young daughter to feed. Being the stubborn traveler that I am, I refused to accept his demands. He argued, he raised his voice and cursed at me. I was calm but still stubborn. I negotiated but my offer to pay $8 fell on deaf ears. He mounted on his motorcycle, started the engine, and was ready to abandon me there. With rain looming ahead, I had no choice but to succumb to his demand. I didn’t want to risk my life just for $5 more.

When we arrived in the city, I told him to drop me off at Plaza Dolores. He refused but suggested another street nearby. He read my mind. We both knew that the plaza was patrolled by a handful of policemen. And he didn’t want to risk his life just for $5 more. 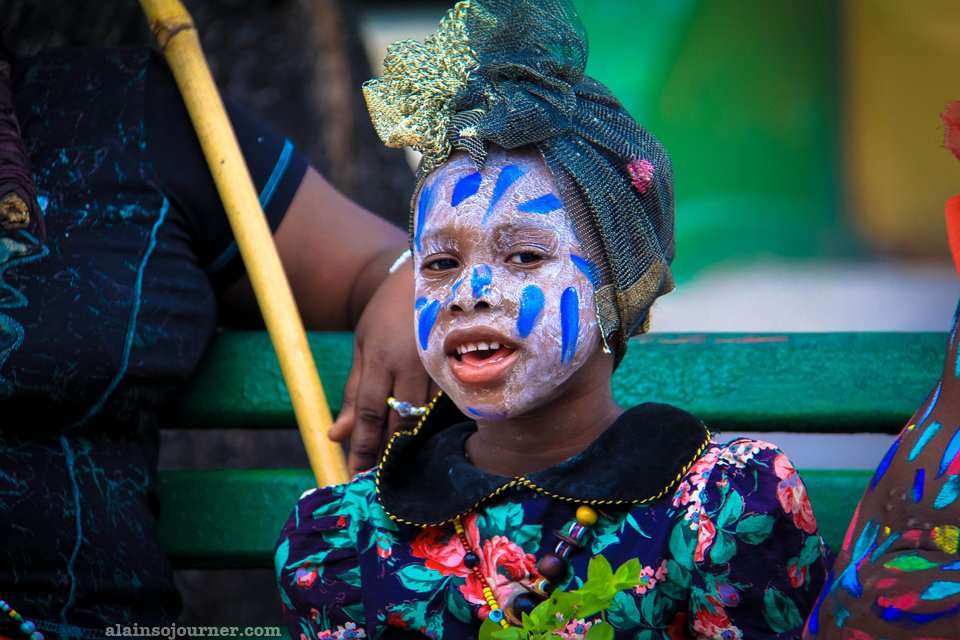 The Creoles of Santiago de Cuba 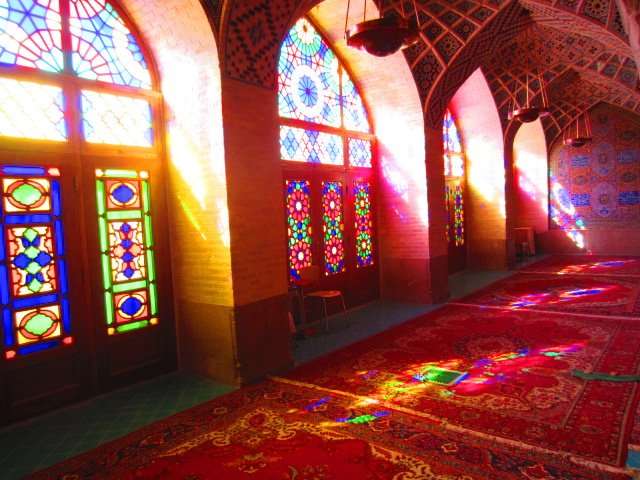 The Beauty of Iran Held Me Hostage