The San Miguel de Allende Cathedral in Mexico is the most iconic landmark of this colonial city. This postcard-perfect town is located 170 miles north of Mexico City.

San Miguel de Allende was voted by the readers of Travel + Leisure Magazine as the “World’s Best City” in 2017 and 2018!

The old part of this town was declared UNESCO World Heritage Site in 2008.

Its historic town center is replete with colonial buildings from the 17th and 18th centuries.

Of all these historical structures, the Parroquia de San Miguel Arcangel is the one that stands out. You can’t miss it!

Unfortunately, when we visited there last December, the cathedral was closed.

We waited and we asked the locals – but no one gave us the exact answer as to why it was closed.

On the same site where it is today, churches were built and rebuilt – since the 16th century.

THE STORY OF THE CATHEDRAL

In 1880, Don Gutierrez was told to construct a new facade of the church. He was not a professional architect, but one who was self-taught.

It is said that Don Gutierrez modeled this church to the towering cathedrals in Europe.

He drew up his designs on the red clay soil for his craftsmen to see and follow.

What’s interesting to know is that the self-taught architect himself had never been to Europe.

So, you might ask, “Where did he get his idea of soaring Gothic spires and Baroque facade?”

From the postcards he had seen.

The first time I laid my eyes on this pink Cathedral, I told myself that those sky-high towers look so familiar.

It was not really hard to guess, but those spires and towers unmistakably have similarities to Gaudi’s “Sagrada Familia” in Barcelona.

Like any other towns and cities in Mexico and other Spanish-speaking countries, the Cathedral is in front of a plaza, surrounded by shops and restaurants.

In the late afternoon and at night, the cathedral illuminates and the park is full of laidback locals who are hanging out with families and friends.

As far as I know, there is no hostel in San Miguel de Allende. So, a friend and I stayed at the Hotel Casa Primavera Boutique & Spa. It is 30 minutes walk to the city center, but you’ll be passing by interesting alleys and colorful houses that you’d never discover if you’ll be staying close to the town center. I’d really recommend this for you to stroll, especially in the morning. For those who don’t want to walk, the hotel has its own shuttle bus that would take its customers to the historic center. This hotel is actually the best one we stayed in our two-week trip to Mexico last December. 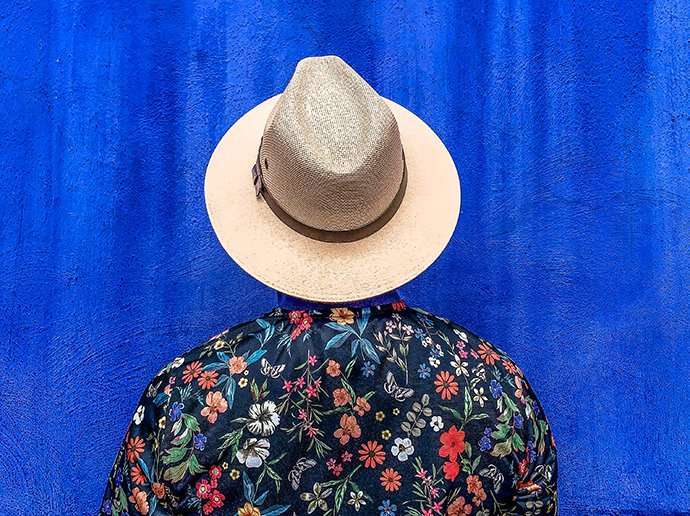 Inside the Blue House of Frida Kahlo in Mexico City