The Roman Amphitheater After the Upgrade 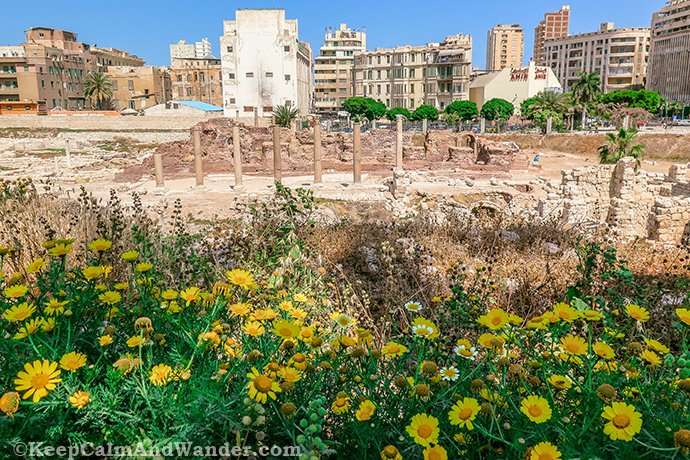 The Roman Amphitheater After the Upgrade (Alexandria, Egypt).

It’s no surprise if there’s a Roman amphitheater in the middle of Alexandria. It’s a city which was conquered, ruled and heavily influenced by Rome. The ruins were discovered during the excavation to lay the foundations of a government building. In fact, right next to the ruins is a heavily-guarded military training base.

After months of renovation, the Roman amphitheater of Alexandria re-opened last April 1. And I visited there two days later. And here’s what it looks like after the upgrade.

There was a sign that says no climbing on terraces. However, the tour guide of the Russian group encouraged his clients to climb, so I did, too. I waited until the noisy group was gone. 😀

Like any other roman amphitheaters, this one is no different – it’s semi-acicular in form.

At the entrance of the amphitheater, you’ll see this fresco in the open air, without protection.

The surrounding area hasn’t been touched or renovated heavily.

The old quarters are still there but time has changed their beauty.

These Roman columns still look tall and proud, despite their ages.

Go up the hill and you’ll find statues of sphinx found in different parts of Alexandria.

There are other relics on display, too, in different sizes and forms.

Few of them were found from the city ruled by Cleopatra which is now submerged in water.