With compelling historical, archaeological and biblical evidence presented, a small area in River Jordan has caused religious leaders of the Christian world to declare it as the actual Baptism Site, where Jesus Christ was baptized by John the Baptist, who was then reluctant to do such honor to the Son of God.

Forty-five minutes drive from Amman, Bethany Beyond the Jordan, as it was called in the Bible, doesn’t boast of something that’s common to most tourist attractions: amazing structure and breathtaking landscapes.

The patch of land surrounding the Baptism Site is plain boring and it doesn’t have developed infrastructure. It doesn’t have the glamour of the Louvre Museum in Paris nor the awesome interior of the Sistine Chapel in Rome. Not even one percent of the grandeur of St. Peter’s Basilica nor the might of the Amazon River. It looks just like ordinary farmland.

I kind of like it anyway. Not because of its biblical relevance but because of its bucolic charm and the humility it represents. I hope it remains that way—away from the usual tourist traps: souvenir shops (there was one), restaurants, hotels, cafes, etc…

There were only few tourists in the morning we went (due to the diminishing number of Christians, maybe?) and no one was allowed to go around by himself, without being accompanied by an official tour guide from the Tourist Center. Why? “It’s a border and it’s a security area with Israel. Some people might go beyond the border and might be shot,” explained our tour guide. Might be true. I saw some fences, but, I’m not sure if they were border fences.

So, how do you get to walk around the religious site without being shot?

First of all, all visitors should start at the Visitor’s Center. Buy a ticket (12JD) and wait for the mini-bus that will take all tourists to the Baptism Site. A guide is already included in the ticket. Buses come in every 30 minutes (in Winter) and the whole tour lasts 2-3 hours. This tour involves walking, but not strenuous.

On our way to the Baptism Site, we passed by a desolate plain of barren lands and some greens. There’s nothing marvelous along the way. Not even a panoramic view. It’s just another countryside scene, but more like boondocks.

As we traversed the graveled road, my heart was actually racing. No, there was no divine intervention but I was anxious to see a religious site coming out from the Holy Book—a site where God and Man met together to perform the very basic thing of becoming a Christian—the Baptism.

I’m not a hard-core Catholic (never was but I had to read the Bible and the Gospels so I’d pass our Christian Living Class!) but I was educated in a Catholic High School ran by nuns. For four years in high school, I’ve heard the story of Jesus’ baptism as many times as I could remember.

Our first stop was at Elijah’s Hill. This is where Elijah said to have ascended to heaven in a chariot of fire before the coming of Christ. On the western side of the hill, there’s a cave where John the Baptist used to live and where Jesus used to visit him.

A stone’s throw from Elijah’s Hill is a free-standing arch built (in 1999) above the ruins of an ancient, elevated rectangular church.

In March 2000, Pope John Paul II celebrated a mass here, facing West to bless Jerusalem in a gesture of reconciliation. To the East is Mt. Nebo, where Moses saw the Promised Land before he died.

As we continued down to the Baptism Site, we saw a lot of churches with towering crosses on the hill. It seems that every Christian denomination wants a piece of the site. The proliferation of the Christian churches in the area is allowed as long as they’re modest and unobtrusive.

Our second stop was on a parking lot that would lead us to River Jordan. We walked for 5 minutes until we reached the river.

And here on this very pool, John the Baptist baptized Jesus Christ, Son of God. As you can see, the riverbed runs dry.

As nature takes its course, the river had diverted and had dried up. Yes, it’s here when the skies opened up and a dove flew around when Jesus Christ emerged from the water.

The small structure on the right was described as, “…at the edge of the river is a small square church, built, as is said, on the spot where the garments of the Lord were taken care of at the time when He was baptized. This is raised, so as to be uninhabitable, on four stone vaults, standing above the waters which flow below.”

Under this makeshift edifice was the original St. John the Baptist Church.

This is what remains now…

Here’s a closer look of the remaining floor space.

From the Baptism Pool, we walked further to another site where the new St. John the Baptist Church is built with shiny domes that glisten in the sun.

Right in front of the Church door is the River Jordan.

Here on this river, if you want to affirm your Christian faith, you can be baptized by a priest or can be initiated by someone from your group. It’s not free (unless, of course, if you want to do it on your own–so bring your wet suit), better check www.baptismsite.com for more information.

You will be given a thin white dress to use when you go down the river. Then, you have to submerge yourself and make a sign of the cross when you emerge. Repeat it three times.

How to get there and how much?

Also, from Amman, a hotel can arrange transport for you –with other sites included for 9 hours. It will take you to Madaba, Mt. Nebo, Dead Sea, and Baptism Site. A car will cost you around 70JD and 100JD for a mini-van. Add 5JD for every hour beyond 9 hours.

It cost us 50JD for the baptism site only, excluding the 12JD entrance fee. 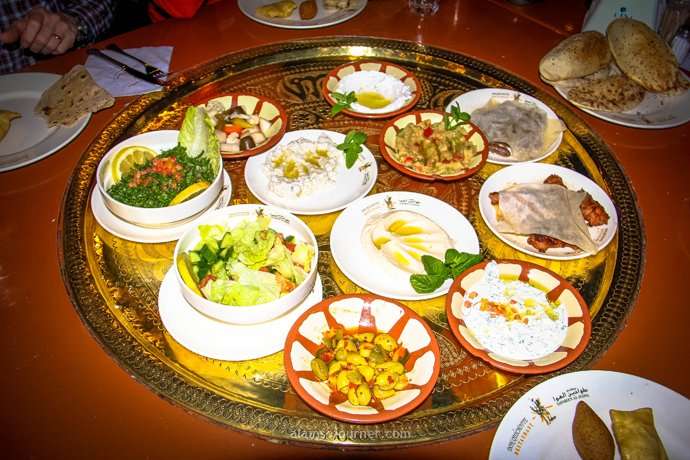 The Simplicity of Jordanian Cuisine 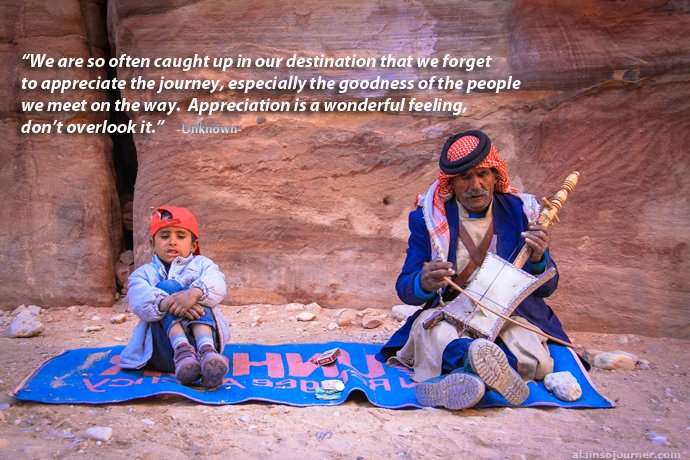