The Qasr Al Bint is a group of tombs dedicated to the women of ancient times. It is translated as the “Palace of the Daughter or Maiden.” It has, too, the largest tomb facade in the entire Madain Saleh, a UNESCO World Heritage Site.

One interesting tomb here is the one occupied and built by two sisters. It has two floors! The older sister had the upper level, and the younger had, the lower level. It is insane to think that these two women were literally digging and carving their tombs while they were still alive. Oh dear, that sounds very creepy to me! The Nabatean people believed in life after death—which explains why they’d prepare for their tombs while still alive.

Related Read: Things to do and see at Madain Saleh

For some people, this life after death belief makes sense, right? Ok, maybe, a long time ago, it did make sense. Nowadays, it’s kinda weird for me. How can one live his life to the fullest while thinking about death and his life after that? Do you live to die? That’s kinda sad to me. 🙁

Here are some of the photos of Qasr Al Bint at Madain Saleh.

This is what the inside tomb looks like. No, they didn’t bury their dead in standing position. These are shelves which the dead can use in their life after death.

Travel Tips:
Go there in the afternoon, especially when the sun is gold. The rock formations in the entire area are breathtakingly photogenic in every angle.

Do you want to enjoy swimming in a pool while glamping in the middle of a desert? Habitas Al-Ula will surely wow you! Or do you want to stay in a caravan with 5-star amenities and service? The staff at Caravan by Habitas are waiting for your presence. For more great accommodations at Al Ula, you can find them here.

Things to do in Al Ula

There are a few things you can do in Al Ula. You can visit Madain Saleh, The Elephant Rock, the canyon, or go mountain climbing. Or, if you just want to chill, you can always sit around a campfire and drink tea while enjoying your shisha. And don’t forget to marvel at the shimmering beauty of the Maraya Concert Hall – dubbed as the largest mirrored building in the world by the Guinness World of Records. 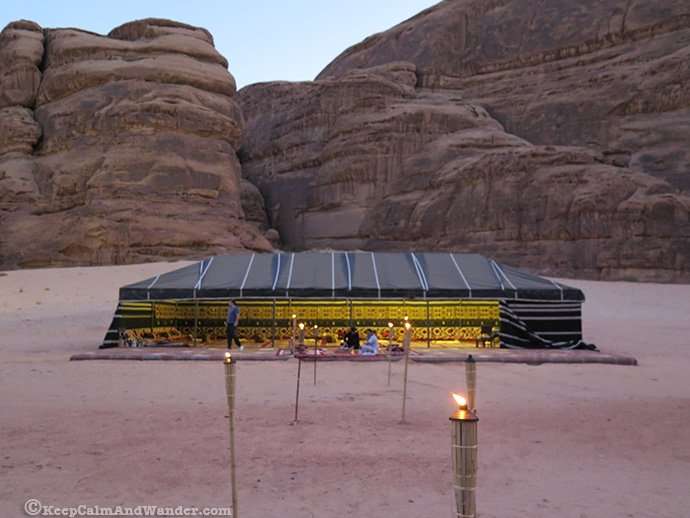 Madakhil Campsite at Madain Saleh is Far from the Madding Crowd 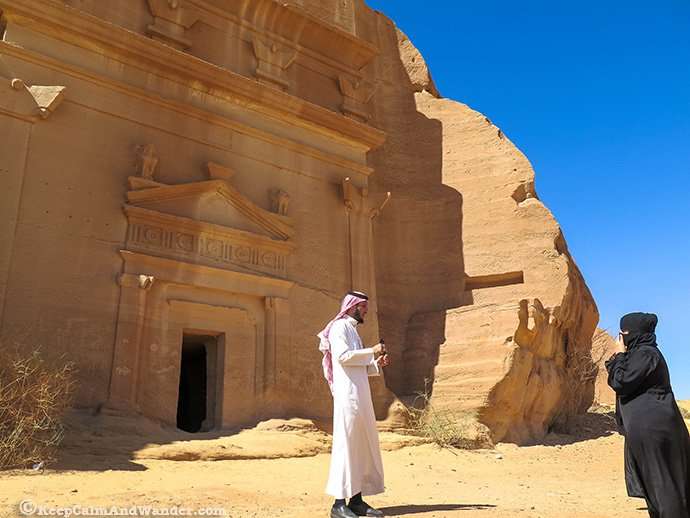