With Pride flags waving up on air, we instantly knew it was something related to Madrid Pride (Madrid Orgullo 2016) festivities and we’re pretty sure it was not the Pride Parade. We came closer to one of the organizers and asked what was the protest about. And this is what he said:

“This is Pride Critic Madrid 2016. It’s an Anti-Pride protest for what Pride has become. It has become commercialized, losing the very essence of why we celebrate Pride.” 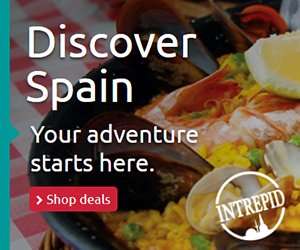