Dubai Marina has the world’s longest row/block of skyscrapers. And when this area in Dubai is completely finished, it will beat California’s Marina del Ray as the largest artificial marina in the world. And that’s an additional world record for Dubai, obsessed with breaking world records.

As a manufactured artificial canal, the marina is developed along the Persian Gulf shoreline, and it is 3 kilometers long and has 7 kilometers of the pedestrian walkway. At the other end of the marina is the crowded Jumeirah Beach Residence (or JBR as the locals call them) which happens to be the world’s largest single-phase residential development with more than 30 residential towers and five hotels.

I never had the chance to visit Dubai Marina during the day, and I went there at night to meet a friend who was having a drinking spree in his friend’s apartment in one of those tall skyscrapers around the area. However, before joining them, I strolled along the canal to see what makes this place an excellent destination for visitors.

Things to do at Dubai Marina

I bet there are many things to do around the Marina but, unfortunately, because of the limited time, I could only do three. And also, I was exhausted due to an intense hangover from the previous night of hedonism.

Stroll around. Well, this is a classic thing to do when you want to have an idea of what’s in store for you around here. And it’s good for photo opportunities, too!

Take a boat tour. I think this is a better option if you do it with someone because it’s kinda romantic to be in a dhow. Feels like Venice, I guess? LOL…

Grab a seat at the cafe or the restaurant. There are so many of them along the canal. It’s tough to find; the best place and goes on people-watching. However, any place here is good; don’t go and do this at lunchtime. Dinner alfresco is recommended. Prices are expensive, but there’s nothing wrong with treating yourself sometimes, right? 😉 Especially at the end of the day.

If you are really on a tight budget, there are benches where you can sit and write an ode to the Persian Gulf. 😀

So, among the skyscrapers above, which one is the “fairest of ’em all?” I bet I hear you saying, “The Twisted Tower!”.

Obviously, I won’t argue with that. 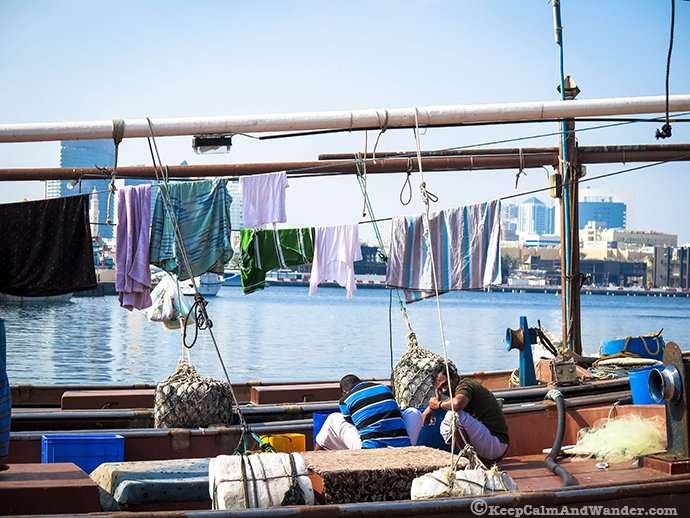 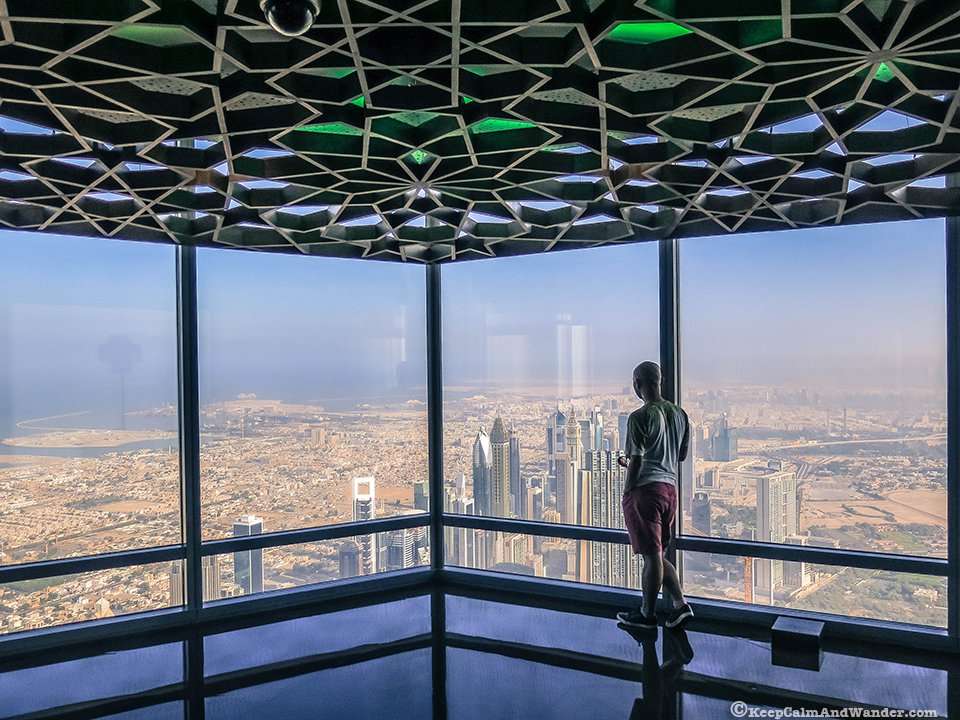 View from the Top of Burj Khalifa