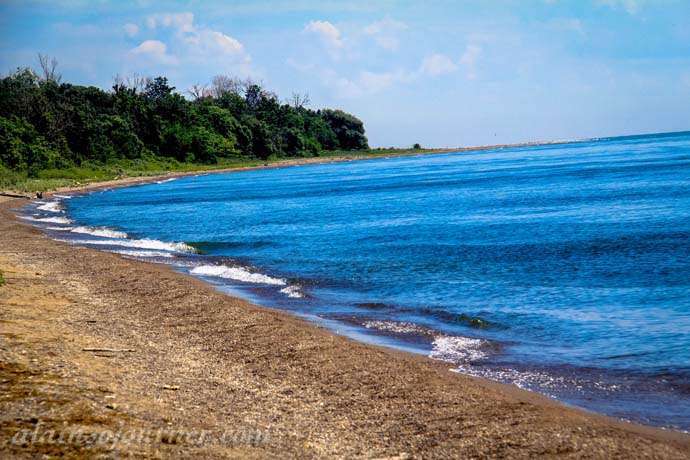 That curve at the end is the Southernmost point of Pelee Island – where Canada begins.

THINGS TO DO IN PELEE ISLAND

With 60 varieties of grapes in the island, it is a little paradise of wine tasters. If ever you go there, start your day at Pelee Island Wineries, a walking distance from the pier where the ship/ferry docks. 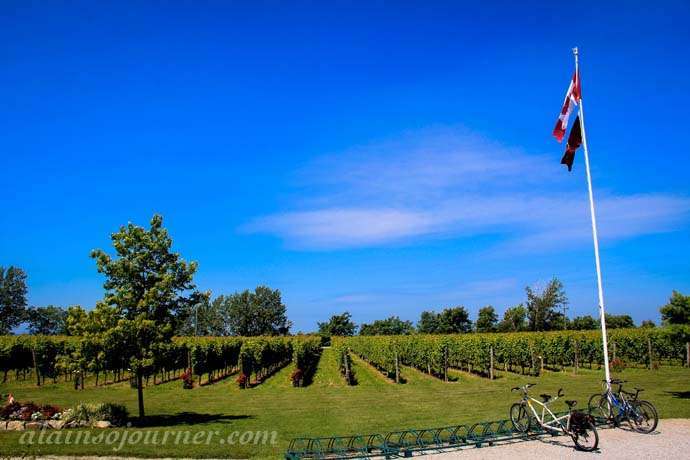 Ask them for wine tour schedule ( single travelers might have to join with a group) that culminates at wine tasting that includes 3 white and 2 red wine samples made from the island. In our case, we had: Tribute (Riesling dry-2011); Lighthouse Chardonnay (2011); Gewürztraminer Reserve (2008 -can’t be bought in LCBO yet); Baco Noir (2012); and Cabernet Sauvignon (2008). 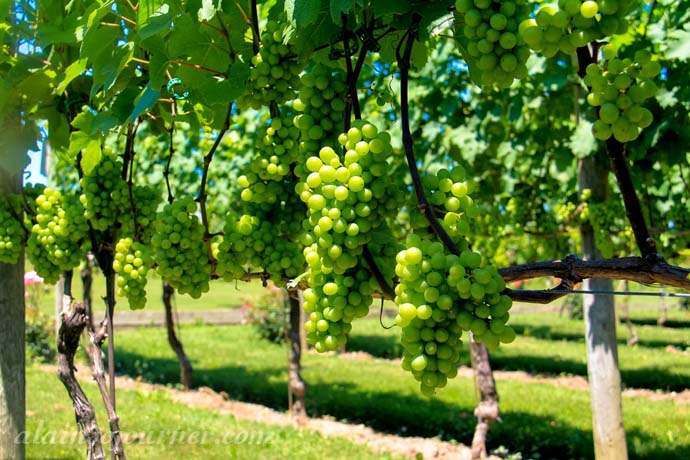 You can also stay here for lunch. Their BBQ House offers grilled stuff, like hamburgers and hotdogs. Eat outdoors and enjoy the sun, the fresh air and the food. 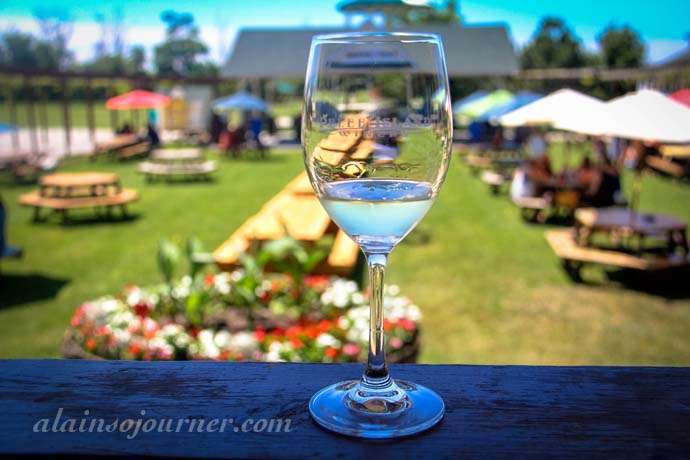 After lunch, rent a bike (ask the tour winery guide) and bike part of the island. Do not attempt to be like Lance Armstrong (minus the dope) by circling the island (35,000 acres) in a record-breaking speed. But if you stay there for a couple of days, biking around it would be, of course, possible. The interior of the island is mostly made of farms and wineries. 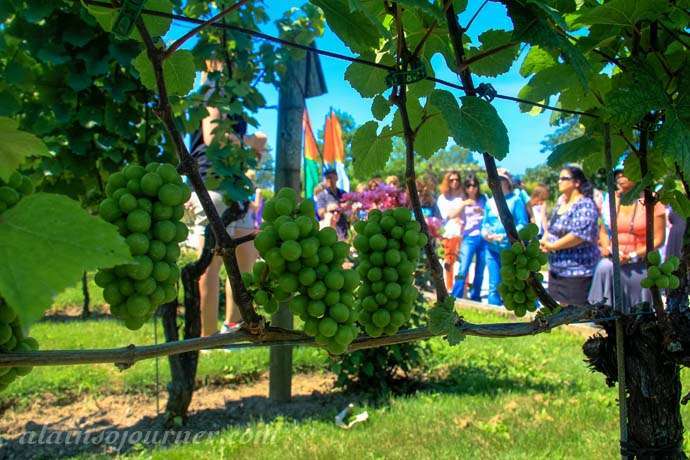 The downtown area is just so small. It can literally be explored in less than 15 minutes, I think. It’s just right across the dock where the ferry anchors. 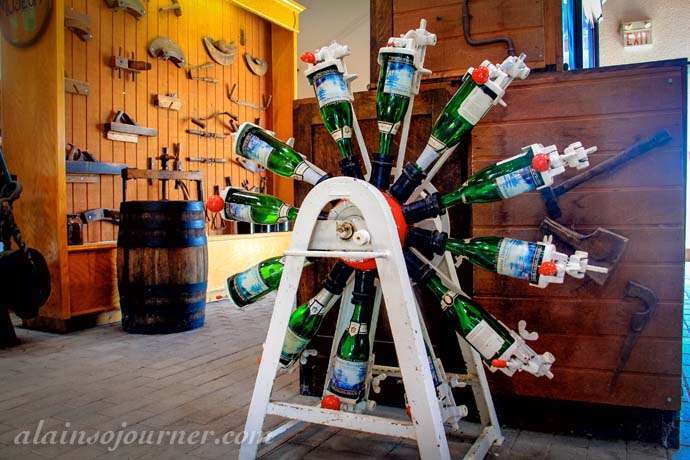 4. Marvel at the Stoneman

It’s interesting to know that the school children (currently, there are 10 with 2 teachers) were the ones who named it as such. Very appropriate. 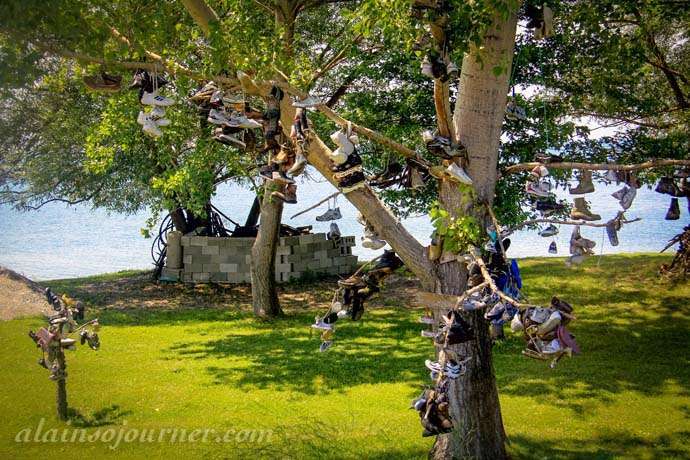 In urban setting, shoes can be seen hanging on electrical wires. They’re called shoefetti. Here, in Pelee Island, the shoes are hanged on a tree. Everyone is welcome to hang their shoes or flip flops–it’s like leaving your footprints in the island. Last year, a couple who got married in the area decided to leave their wedding shoes on the tree. 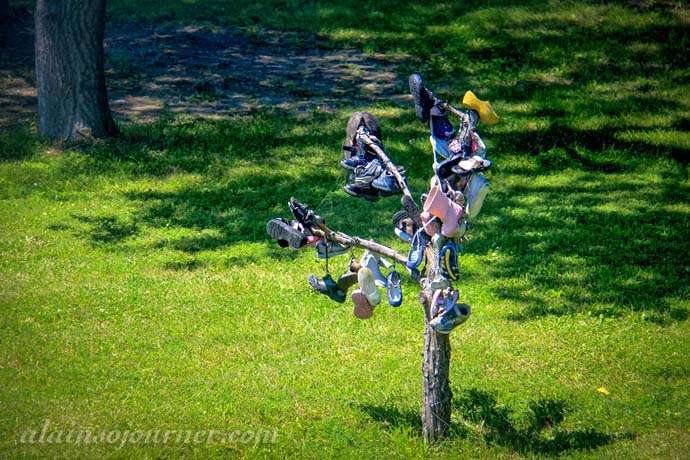 Children can also leave their shoes. They have their own small shoe tree.

At the marina, there’s also a small thriving community where you can get some of the stuff you need, like food, tools, mail, gas, etc… There are also cottages for rent bot for short and long term occupancy. 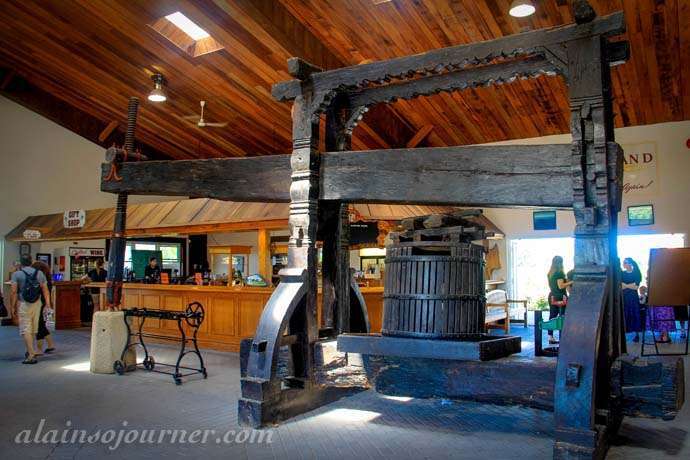 An old tool for making wine.

7. Walk on the cemetery

This is a weird suggestion but you really don’t have to do it if this creeps you out. Near the cemetery is a ruin of an old golf course or something (not sure) where three American Presidents stayed to spend their summer: Taft, Nixon and another whose name I forgot. :))

8. Ogle at the southernmost airport of Canada

Yes, the island also has an airport. They’ve got airplanes reminiscent of a bygone era. They’re small and only few can fit it but looking at them seems looking at the history of aviation itself. 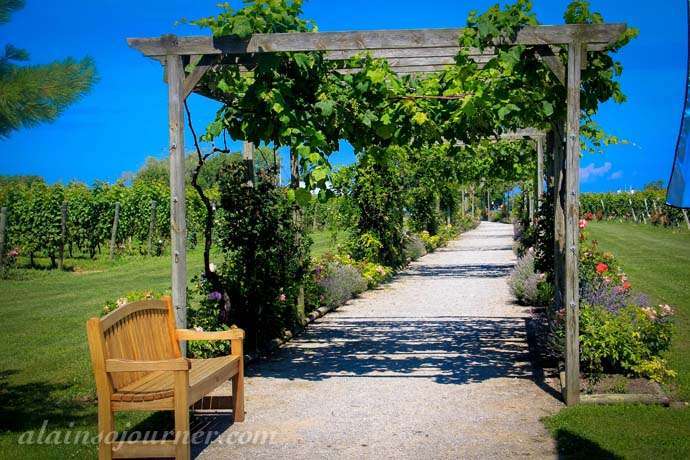 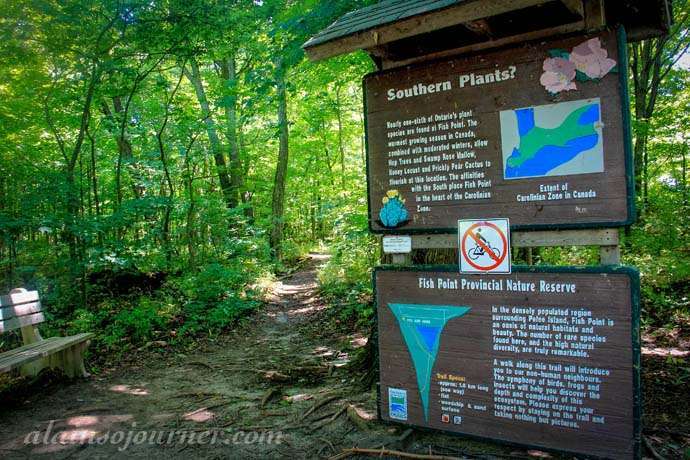 How many of you, dear readers, have been to the starting point of your (or another) country in one of the four directions? A chance to be in one should be a red-letter day for some. Or, maybe, only me.

Bucket list: to stand, look out or lay down on a beach chair at the beginning (easternmost, westernmost, northernmost, southernmost) of a country. 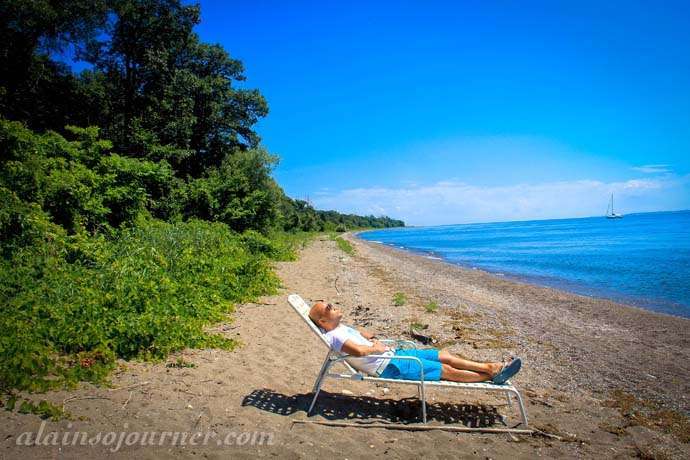 Oh, well, that’s me near the spot where Canada begins.

11. Dip into the water or go skinny dipping

The water was war, Perfect for swimming. Or skinny dipping when the moon shines and creates a flickering embers on the lake. 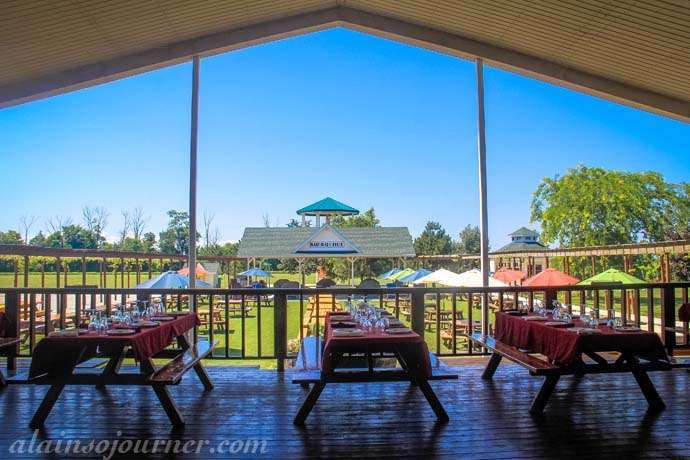 Along the shores, there are benches or patios facing West. I never understood that, especially that houses where nowhere in sight in many of these benches. Then, on our way back to the dock, as the sun was slowing down West, I realized the purpose of those benches. I wanted to stay. 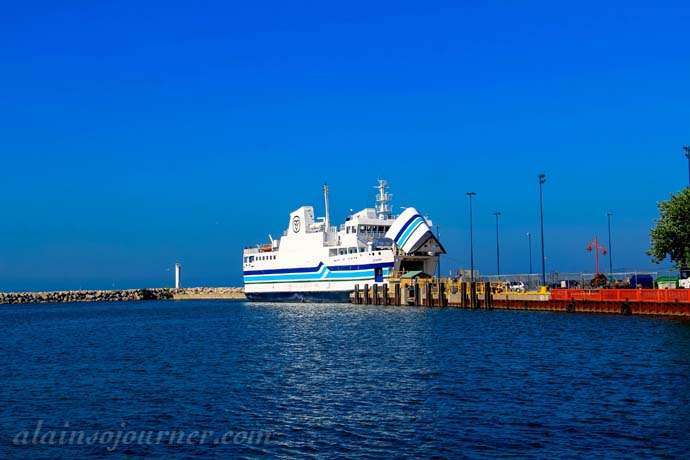 The ship / ferry trip from Leamington to Pelee Island takes an hour and a half.

How to get there:
From Windsor, it’s an hour and a half going to the town of Leamington where a huge ferry will take you to Pelee Island. The ferry ride takes another an hour and a half. If you go there by car, you can either load it on the ship or leave it on the parking lot in front of the dock. There are no ferries in Winter. 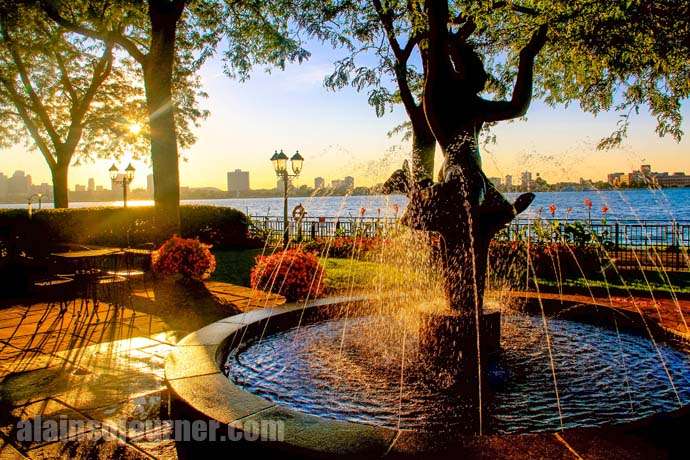