The grandeur of the Palace of Fine Arts would dazzle you with its Greco-Roman architecture. Though the area isn’t that big, a stroll around with someone you love would be romantic.

Just take small steps at a time. If you’re alone, you could still find romance among the flowers, the birds and ducks that reside in the reflecting pond.

Sit on one of the benches and be awed at the Palace’s grandeur. Or lie down on the grass, listening to the gushing fountain and perhaps, think about your life? 😀

The Palace of Fine Arts was built for the 1915 Panama-Pacific Expo.

It was originally a plaster palace but was later recast into concrete for the future generations to gawk at real Art.

The rotunda itself is a masterpiece in its time and still stands today like it never aged a bit.

On a beautiful day I saw it, I was struck by its grand beauty.

I stood still for a moment and I thought I was in Europe, gazing at one of the continent’s magnificent structure.

It took me a while to take a lot of selfies.

And even after that, I sat down by the pond and gazed at it. Sometimes, a bird or two would land next to me, thinking I’d offer them food. But I got none. And when they realized that, they just flew—and maybe thinking, “This guy’s effin’ cheap.” LOL…

How did I get there?

Well, before I conquered the Golden Gate Bridge on my bike, I passed by this palace on my way there. You can easily miss it if you’re too excited and in a hurry to reach The Bridge. So, before embarking on a self-guided tour on bike, mark other places of interest in your map that you would want to explore before reaching the famed bridge. 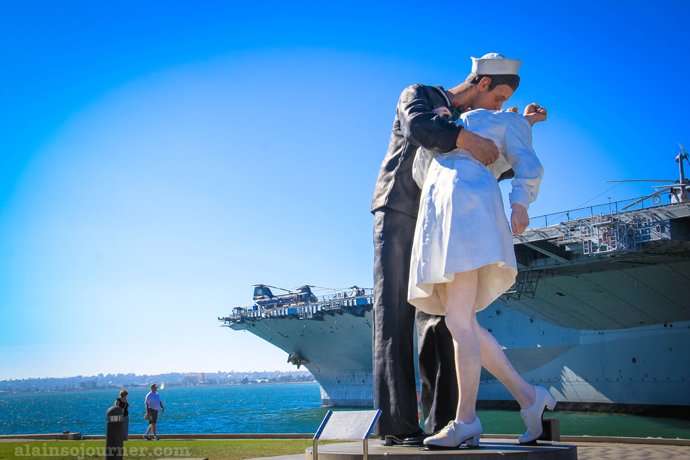 The Kiss That Celebrates The End of World War 2 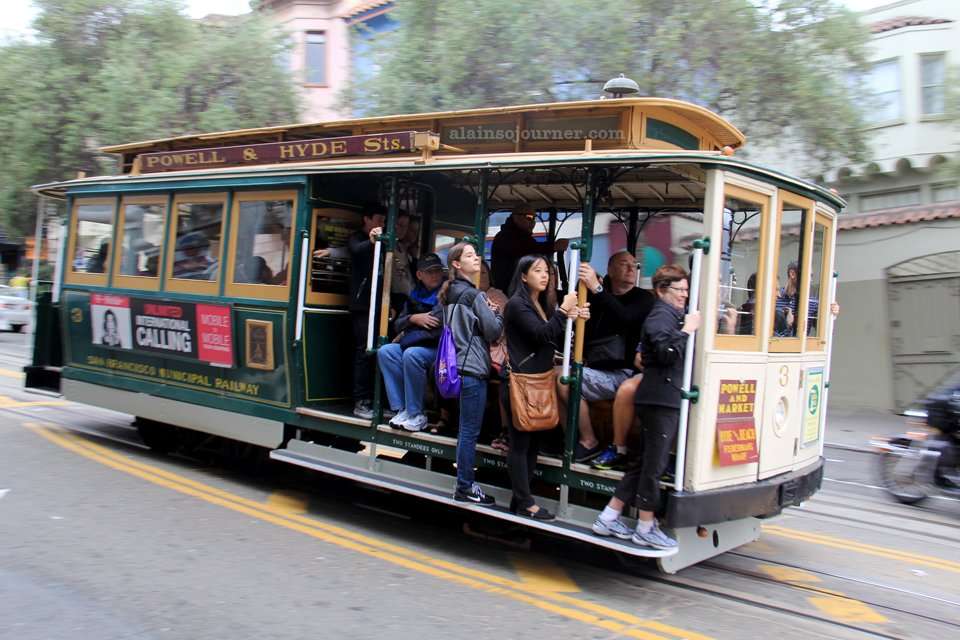 Hopping on the Cable Cars in San Francisco