I left Kyoto this morning at 10:00 and arrived in Osaka 30 minutes later.

I didn’t queue up. When I arrived at the JR Express train station in Kyoto, I got a ticket through the vending machine and bingo, the train arrives on time.

In fact, the train was not even impressive. It was a bit crowded and I was in standing position. The railways even look like dilapidated and rusty.

When I got off in Osaka, I transferred to the subway line which is just a few meters walk, In less than 20 minutes, I was at my hostel which was great one. The receptionist in-charge was real nice and very welcoming. But, gay area is in a far North, 7 stops by subway with no transfer.

No sauna for me this time. I’m tired. LOL…

As soon I settled in my tiny, tiny single room, I grabbed my bag and headed to Umeda Sky Building where you can see Osaka’s skyline. 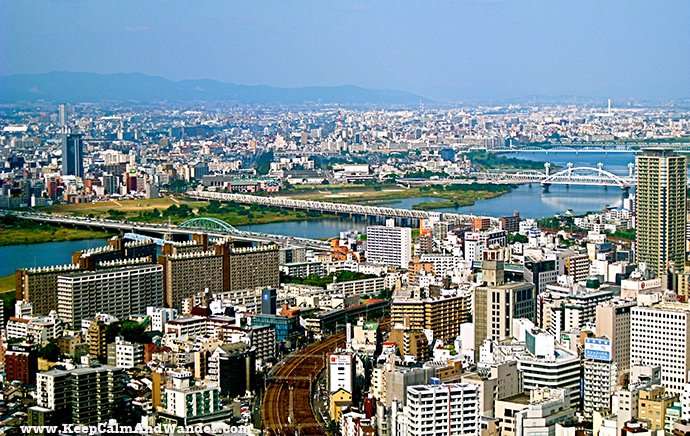 And, maybe, I’ll see Kobe, a neighboring city, if the sky would stay blue. But, I didn’t. 🙁 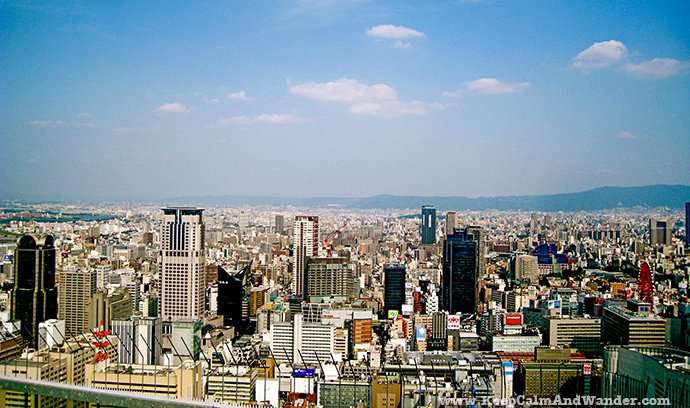 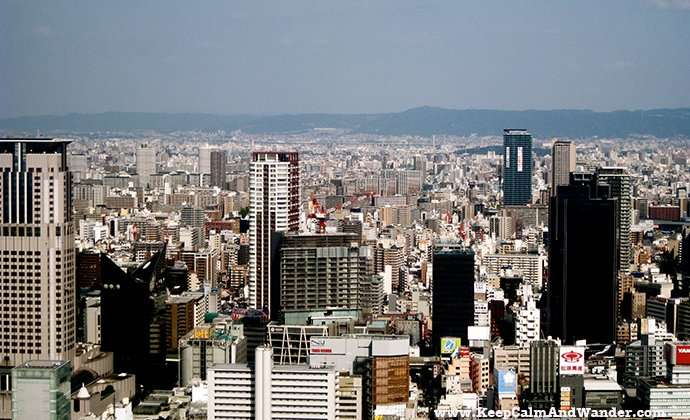 However, I found a hard time looking for the ticket booth, which is supposed to be on the 3rd floor as the LP suggests. It’s not there anymore. They moved it to the 39th floor. 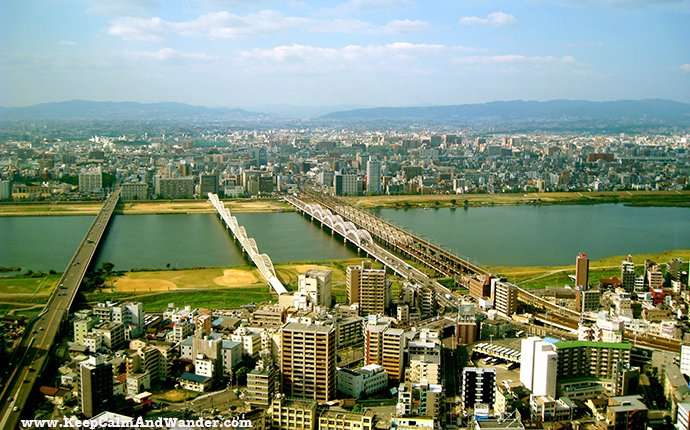 It took me 20 minutes to figure out until I saw and asked a fellow backpacker who just came down from the top. He, too, had a hard time finding it. 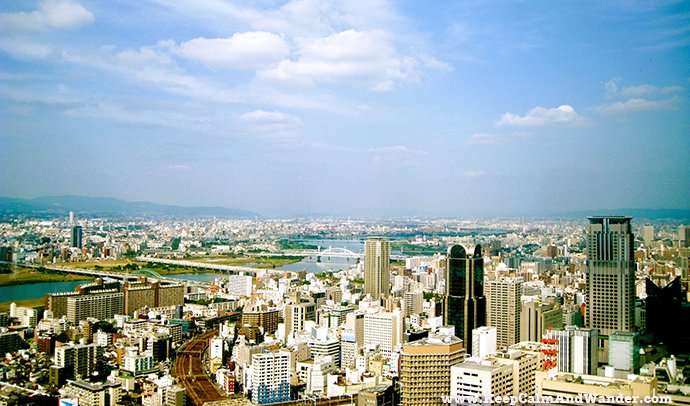 The glassed-in elevator ride was itself an experience. It’s not advisable for someone with serious vertigo. 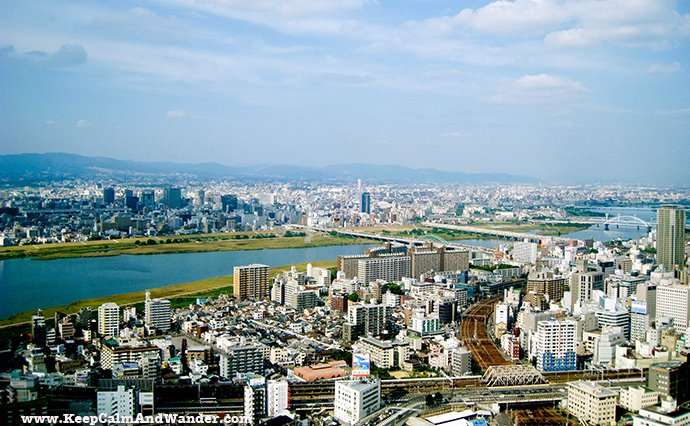 The thrill didn’t stop there. 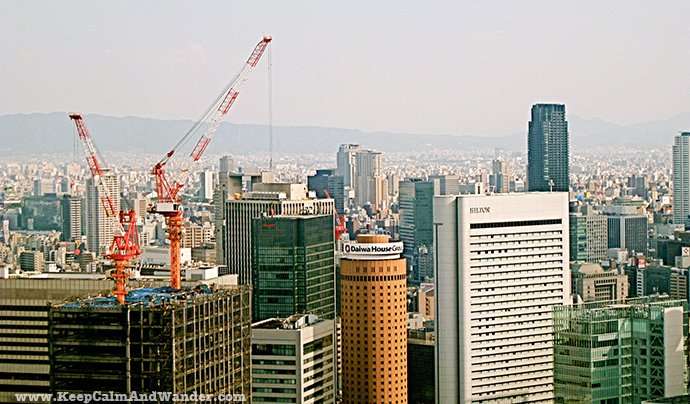 From the elevator, you will be ushered to the escalator which is design like a steel tunnel and it’s fun to look at the view at both sides. 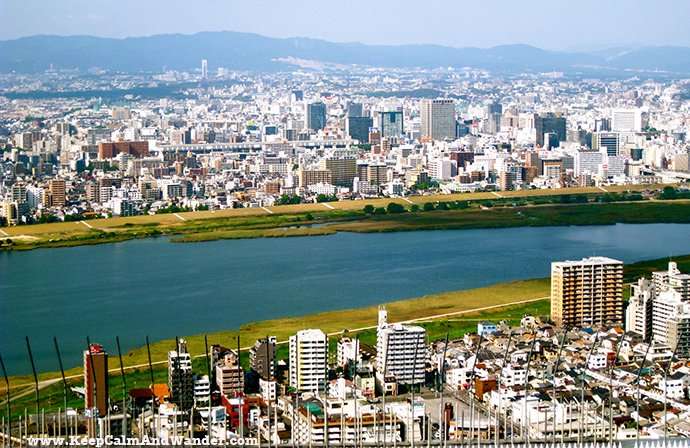 The best thing about it when you’re on the top of the building is that—you’re OUT there. No glass walls before you. You can feel the air up there! 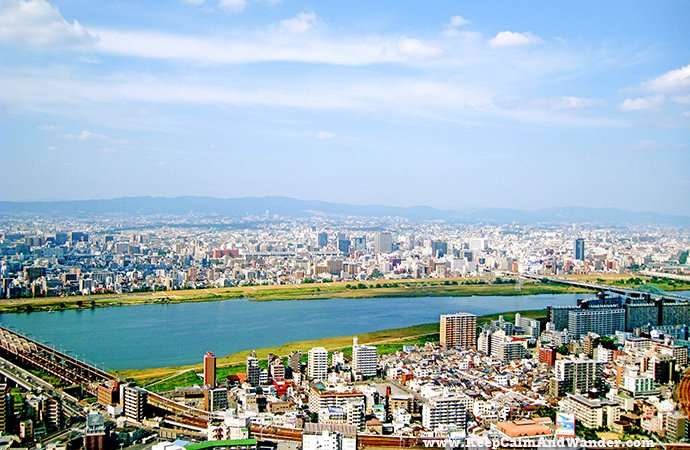 But, of course, they also have a space where you get your drink and grab a seat overlooking at the city’s skyline below you. 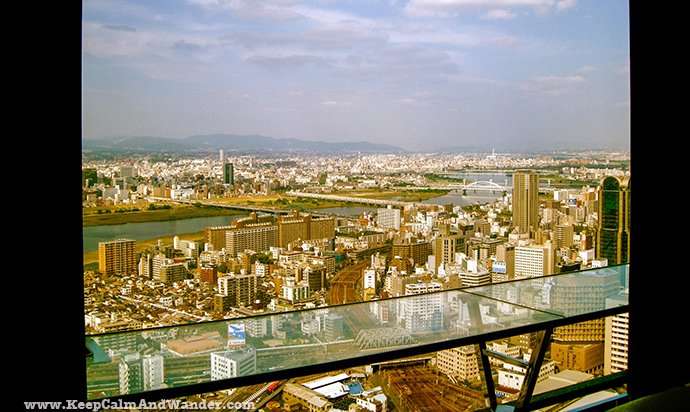 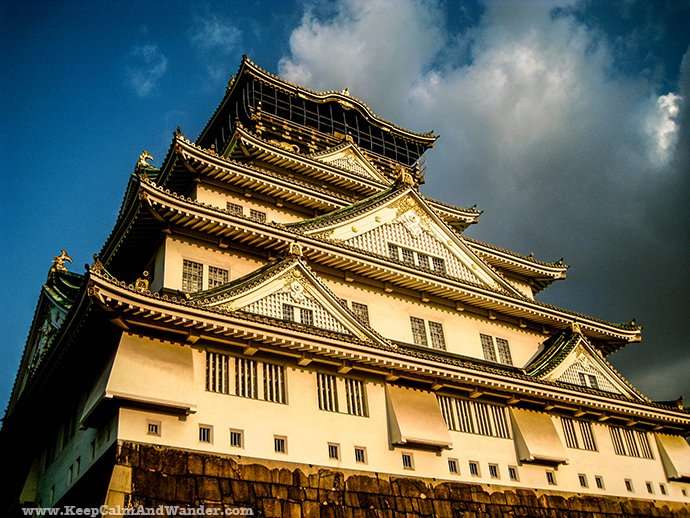 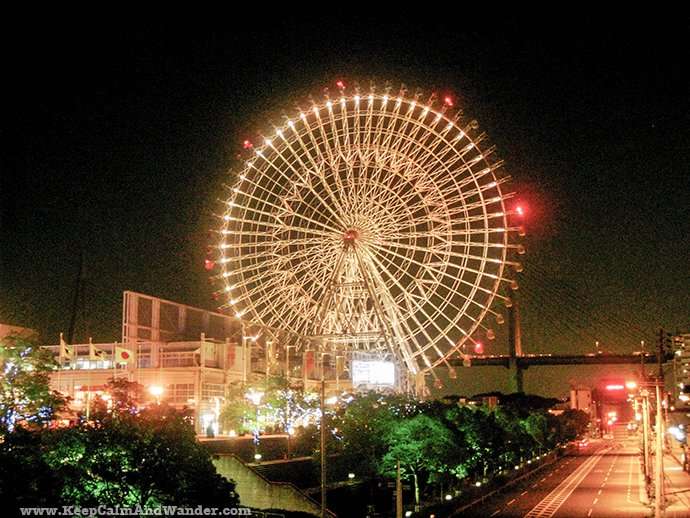