A friend and I went on a one-week, all-inclusive vacation in Cancun last week. It was a “spur of the moment” decision and we didn’t really planned at all. Having been twice on the eastern part of Mexico, I thought, I’d just show him the must-see cultural attractions in the area. And the rest of the week would be just chillin’ on the beach, including boy watching. 😀

However, instead of joining a bus tour every single day for the next 3 or 4 days, we decided to see them all in one day. You know how it goes with tour buses, no matter how small the group is. And guess what? Joining a tour group is supposed to be cheaper, right? But not in Cancun! Since the city is infested with tourists who are willing to shell out their dollars, tour prices are unbelievably expensive! 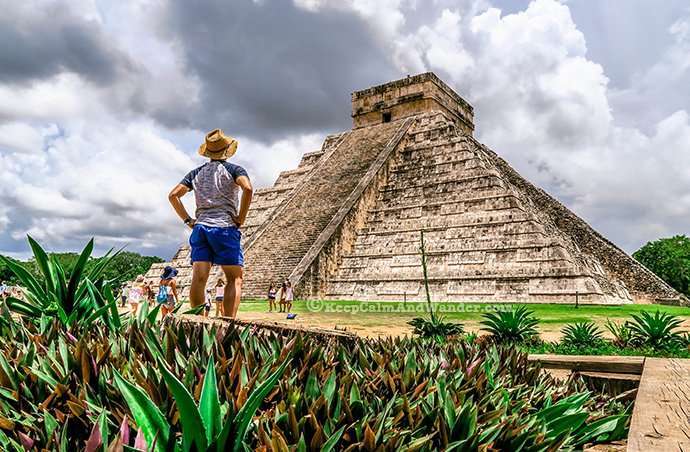 So, what did we do? We hired a car. We talked to our first Uber driver in Cancun. With our survival Spanish vocabulary and his limited English, we came to an agreement. We told him all the places we wanted to visit and we received no protest from him.

Cost / Fee. The driver asked us for $230, including toll fees and gas. For some people, this is a bit much but we wanted him to be happy so he’d treat us well. We never haggled the price. There are two of us, anyway, so it’s cheaper than going on tour buses, right? He was a nice guy. And a good driver, too!

Tips: $20 + sumptuous lunch. We also paid for the $29 gas incurred. We decided not to take the gas amount away from the agreed price because he was very patient with us. He brought us back to our hotel at almost 9 in the evening – without complaints. Only smiles.

One Day Sightseeing Tour Outside Cancun

9:30 AM – Valladolid. Our sightseeing activities here were only limited to the city’s main square / plaza. We went shopping for souvenirs, visited an old church and walked around the square. And of course, pose here, pose there! 😀 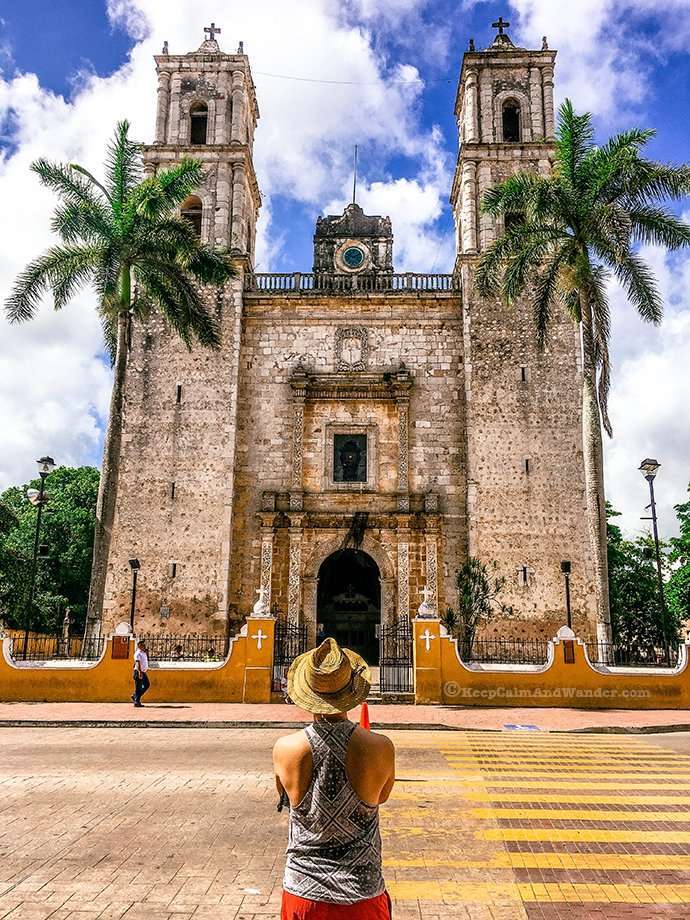 10:20 AM – Cenote Ik Kil. We only swam here for 30 minutes because the crowd already got thicker. You don’t wanna be swimming in a pool like there’s no more space for you to pee, right? Hahahaha! 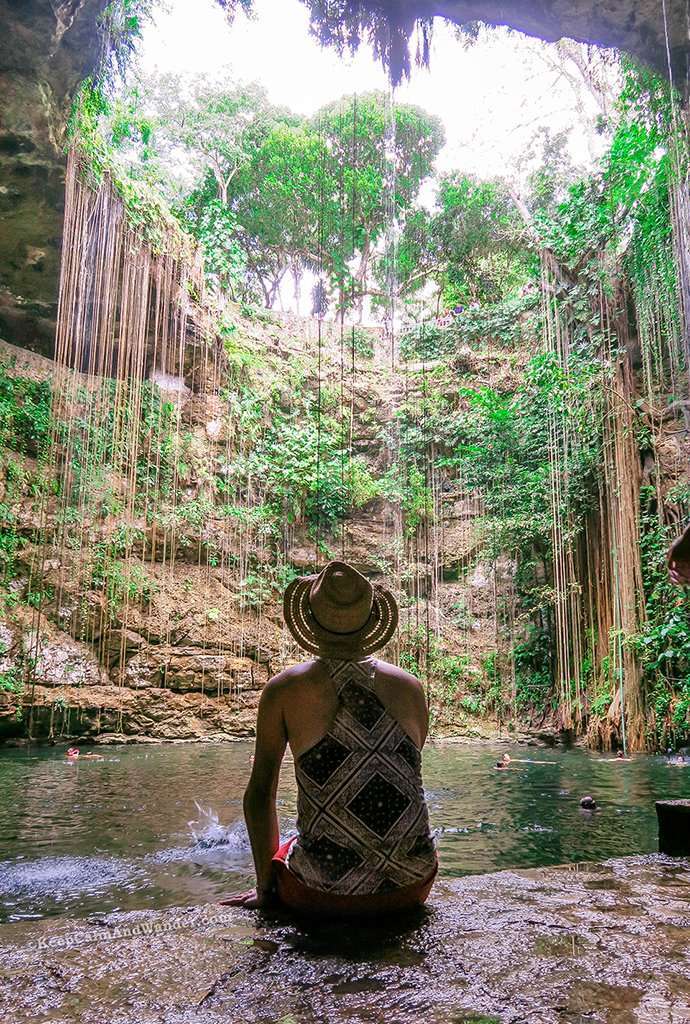 11:30 AM – Chichen Itza. No, that’s not Chicken Pizza. It’s Chichen Itza. 😀 It’s a Pyramid built by the Mayans who invented the calendar. And this is also one of the Seven Wonders of the Modern World. 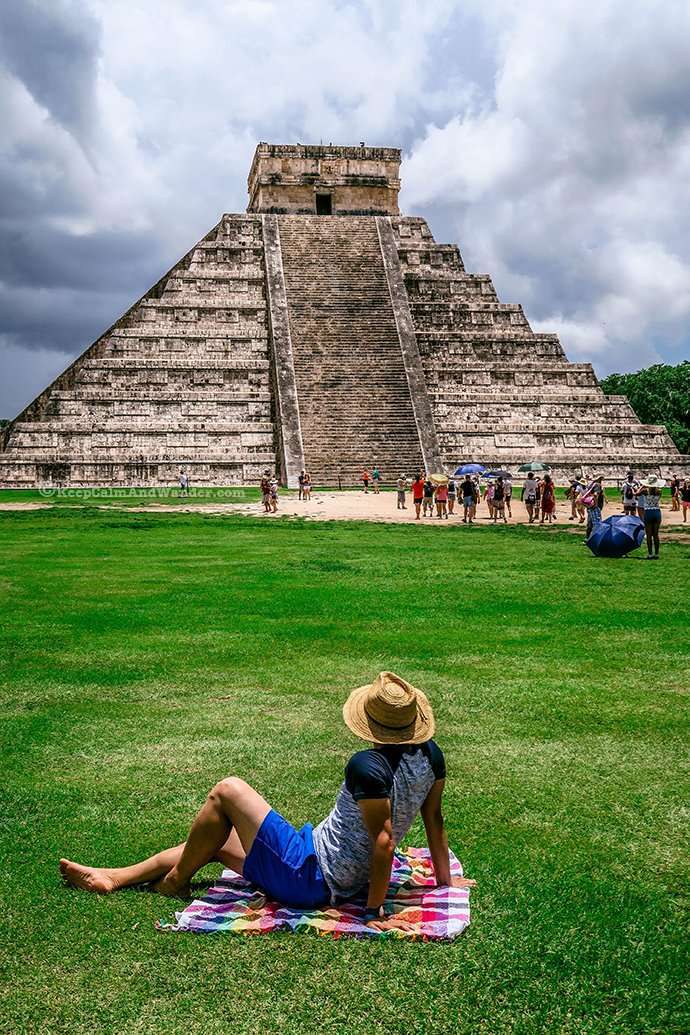 4:00 PM – Tulum Ruins / Ruinas. We arrived here an hour before it closed. We took our time strolling around the Mayan Ruins and admiring the breathtaking view of the Caribbean Sea. We even “befriended” the iguanas by taking photos of them. They’d sit still and seem to love the camera. 😀 I promise that no iguanas were hurt during the photo sessions. 😀 😀 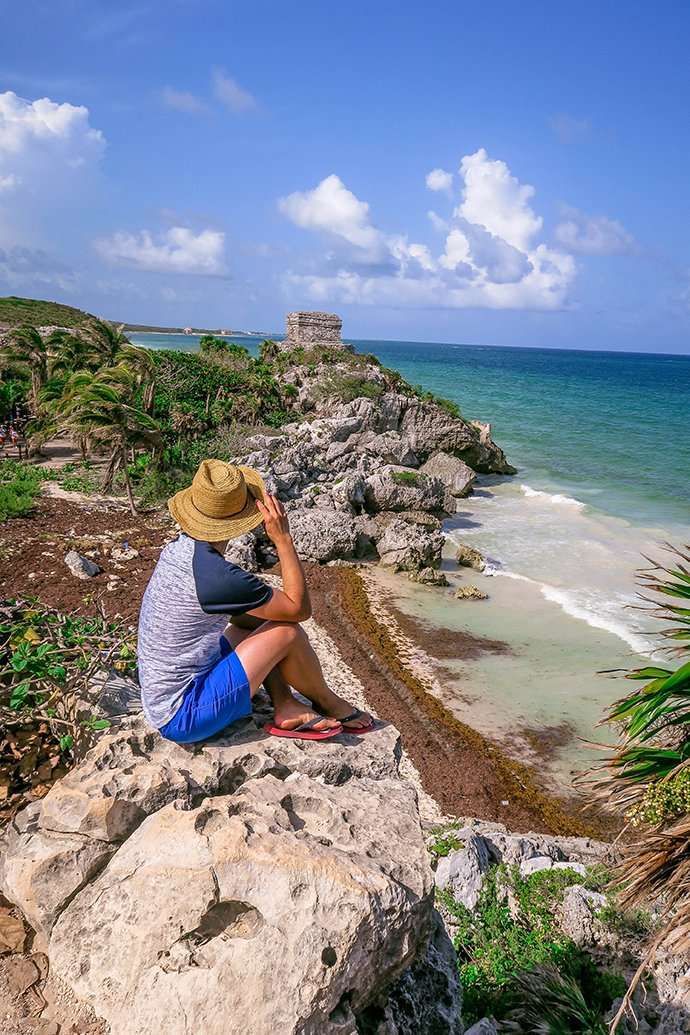 7:30 PM – Cancun Sign. We joined the line and waited for 30 minutes before it was our turn to pose in front of the sculpture. Our driver also joined us and at one point, he became our photographer. 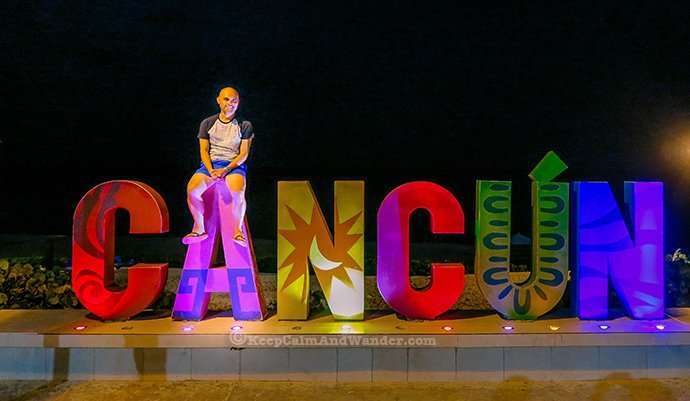 If you have time: If you start earlier than us, you might still have time to visit Koba, another Mayan Ruins only few tourists go. Do this on your way to Tulum Ruinas. However, bear in mind that Tulum Ruins will close at 5:00 PM.

Where to stay in Cancun

This is my third time on the eastern part of Mexico. The first time I was here, I stayed at an all-inclusive Grand Sirenis Beach Resort Riviera Maya in Tulum. The second time was at Barcelo Maya. And in this trip, we stayed at Barcelo Costa in Cancun.

Of course, if you’re not into all-inclusive vacations but cheaper options, you can always book hostels to suit your tight budget. But, I had to warn you that Cancun is a vacationer’s paradise, not a backpacker’s dream destinations. The city, however, is a good base for your cultural sightseeing, like the Chitchen Itza and Tulum Ruinas. Cancun is also accessible to Playa del Carmen and Cozumel. 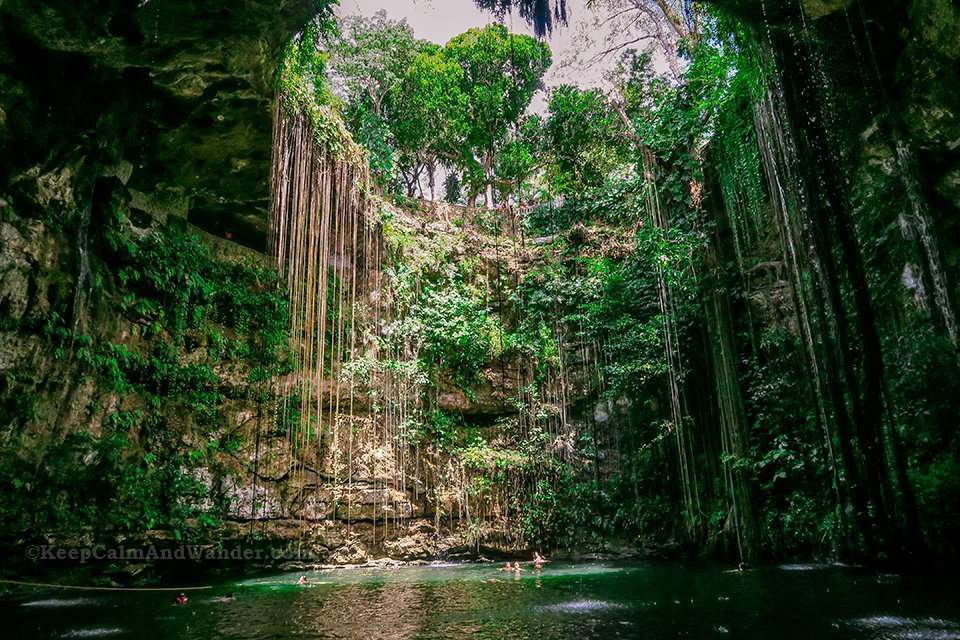 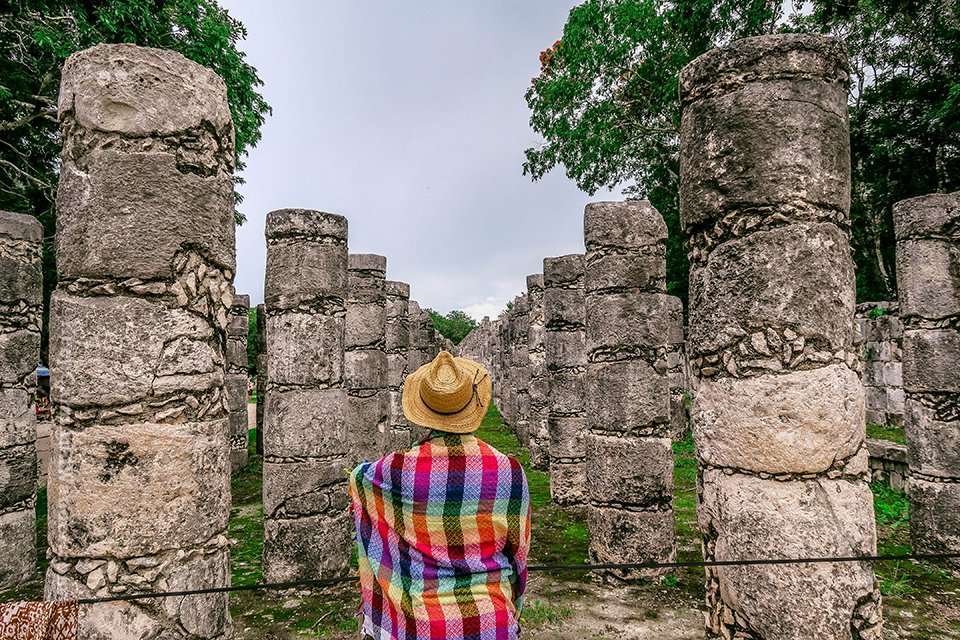