When I got back to Hiroshima City, from Miyajima Island, I walked again for a long time at the Peace Boulevard. This time, no more camwhoring. I’ve used up my 5 GB memory card in the island. 🙂

I decided to try Hiroshima’s famous okonomiyaki, a Japanese pancake. It was easy to find the eatery that [easyazon_link asin=”1742204147″ locale=”US” new_window=”yes” nofollow=”default” tag=”pridecostume-20″ add_to_cart=”default” cloaking=”default” localization=”yes” popups=”yes”]Lonely Planet[/easyazon_link] recommends for eating okonomiyaki in Hiroshima. When I reached the second floor, the crowd was unbelievable. I thought of going back down but the stream of people going up seemed endless, so I just waded through the crowd and queued up.

Get GREAT DEALS on Expedia for trips to JAPAN!

When the chef saw I was alone, she called me to sit next to the seven other foreigners and gave me a stall which she got from somewhere. I felt special. 😉 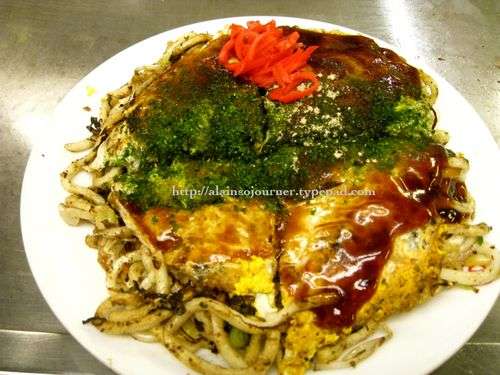 When in Hiroshima, try Okonimiyaki, a Japanese pancake!

She can’t speak English so she just pointed at the laminated English menu on the wall. I chose the one with udon, sliced meat and eggs. The Japanese customers around me were so engrossed in eating their dinner. So, I thought that okonomiyaki should be eaten in silence to enjoy it.

Since everybody was ordering a mug of beer, I did, too. Ten minutes later, I got my first ever okonomiyaki dish! I was drooling. I took photos of it before I had my first Okonomiyaki bite! 😉

The Japanese guy next to me must have sensed that it was my first, so he offered his expertise to take a photo of me and my dinner. I passed him the camera and I posed like I was ready to devour it, like a hungry animal. The first shot was bad so I told him to do it again. 😀

When I had my first bite, the same guy was watching at me like I was on a TV show. Boy, it was good and I gave him a thumb-up sign and he was smiling. He raised his glass and said “ganbai!”

Then, he left me alone in silence to finish my first okonomiyaki! Slurp. 😀

WHERE TO STAY IN JAPAN? TRY CAPSULE HOTELS! 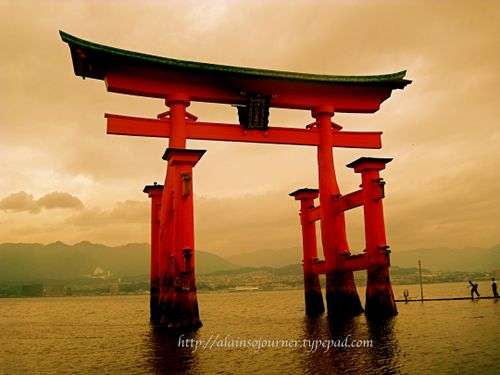