My co-backpacker and I went inside the National Museum of American History but didn’t really stay long. It’s kinda boring to me. I kind of know most of the ones on display. I think, the museum staff and personnel MUST think of another new, novel way on how to present American history–in a way that’s interactive and enticing so that this museum is not synonymous to boring or “don’t even go there!”

The first thing I like there is an area where visitors can see the original American flag made by Betsy Ross, placed in an almost dark room to preserve its color. I’m not even American but anyone can feel patriotism when you’re in there! 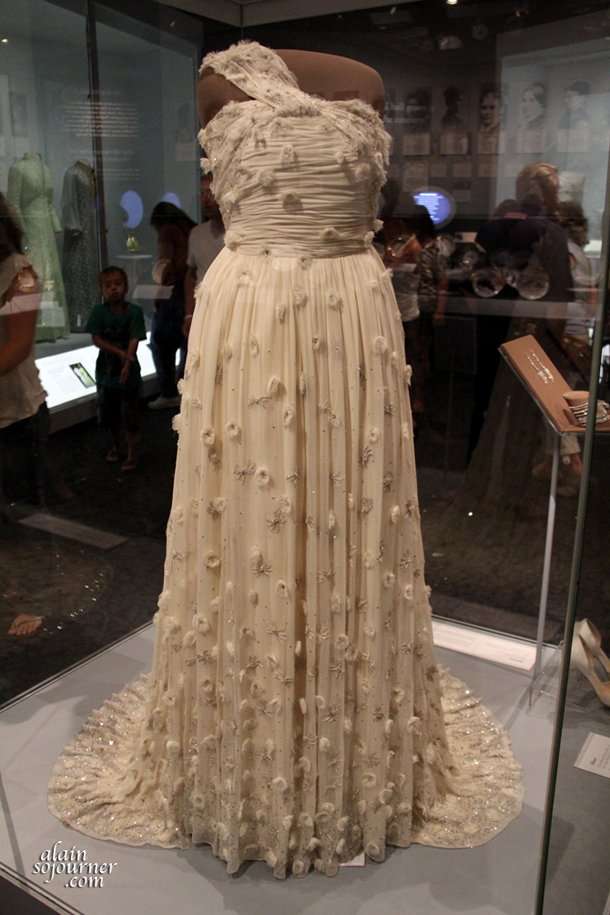 Michelle Obama’s dress at the National Museum of American History.

A room full of the First Ladies’ gowns which they wore during the inaugural dance at the White House is a big hit to curious ogglers. Above, is Michelle Obama’s designed by Jason Wu, who became an instant fashion celebrity. 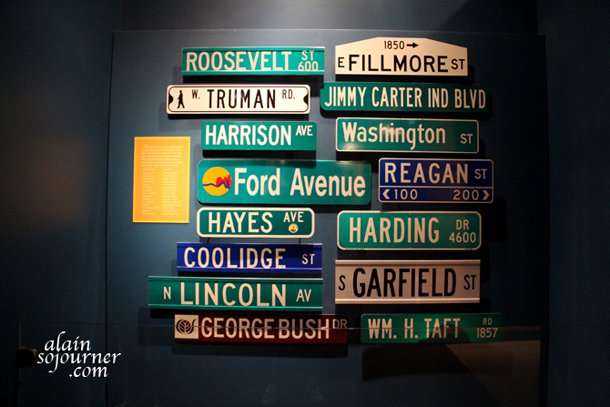 Inside the National Museum of American History in Washington DC.

Street signage in honour of the country’s ex-Presidents. 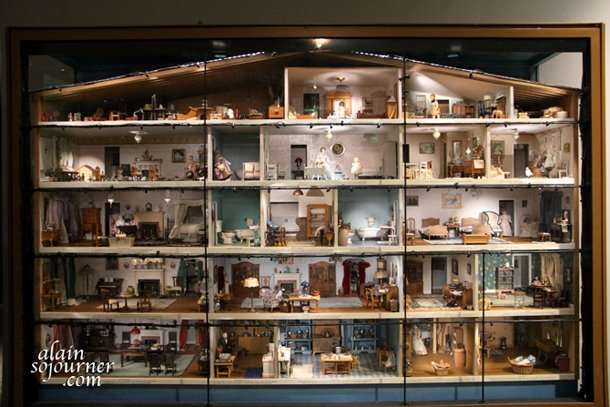 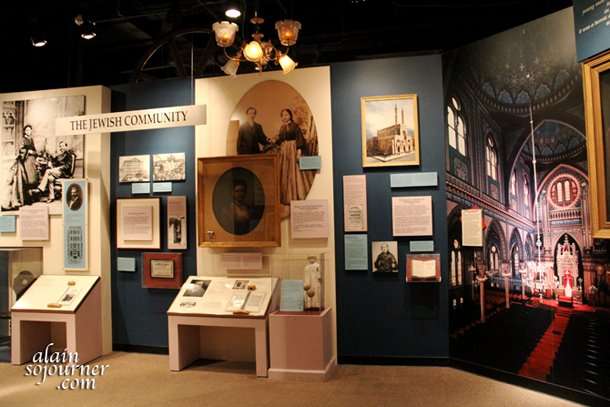 The Jewish, the Blacks, the Slavery, the War, etc… Usual museum stuff. 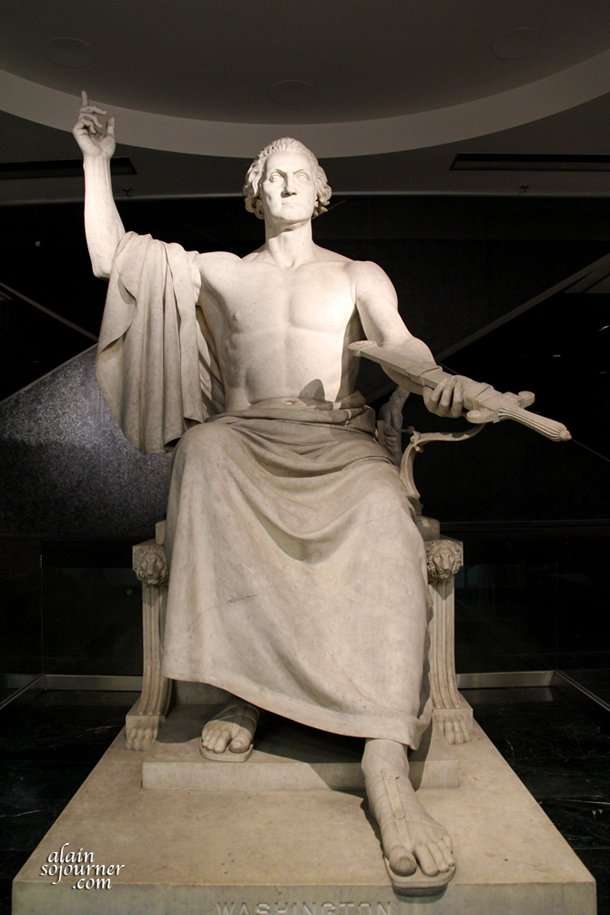 This 12-ton marble statue atop a granite pedestal is a signature artifact in this museum. The sword which he holds with an outsreched hand symbolizes the fact that after he led the country to victory in the American Revolution, he selflessly relinquished his power to the people.

You’d be the judge: Is depicting the first President of the USA in chest-baring toga appropriate or not? :)) 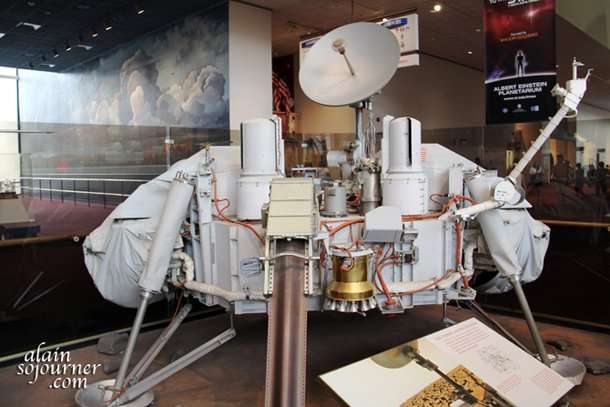 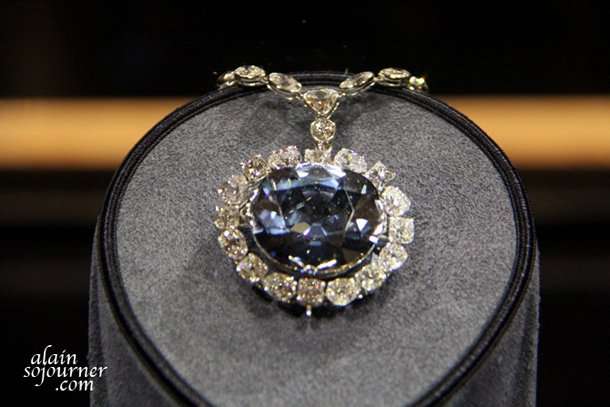