Once upon a time, a girl friend of mine asked me a favor to show his newly-acquired boyfriend around — anywhere in Beijing. She was busy at work and couldn’t ask for a leave, even for a day. I agreed, of course. It’s my expertise—showing men what I’ve got. I mean, the city where I used to live. 😉

And so, I met Tomi in his hotel room, not far from where I lived. His room number was odd: double 3 double 4. He’s Indian and of average height. My first impression the moment he opened his mouth was—talkative. I mean it in a good way. And boy, I wasn’t wrong. When we hopped in the taxi, we clicked. That didn’t take us too long to be kind of “shy” to each other. He did the talking most of the time and I did the listening like I was born to do it beside him. On our way to the Forbidden City and Tiananmen Square, we talked mostly about him and his country: politics, Gandhi, the caste system, the dowry tradition, sex, love, work, homosexuality, and future plans. It was our first meeting and we already talked about a ranged of subjects new friends wouldn’t dare talk about.

I felt like I was the talk show queen herself, Oprah Winfrey! I asked a lot of questions and threw some personal, blunt, honest questions and rebuttals to his answers and opinions. He was just cool and got used to my bitchiness and sluttiness in a short while. That, too, didn’t take him long to notice it.

Traffic was at its heaviest at the Goumao and 3rd ring road intersection. The taxi meter was changing numbers fast while we were stranded in a sea of bumper-to-bumper cars. It wasn’t even rush hour yet.

He’s working together with the father of his future wife. The girl’s family had already presented him with the dowry but the wedding date was not yet definite. According to him, he only met his future bride once. When I asked him if he loved his future wife, he tried to avoid the topic. I didn’t push it harder.

He had a girlfriend—but not one of his kind. He’s caught in between his culture and his personal choice. Complicated love story but can be summarized like this: his fiancee is an Indian girl and his girlfriend is a Filipina.

When we arrived at the Forbidden City, I showed him the outer section where onlookers can walk and ogle for free. It was already five in the afternoon when we arrived there and the ticket booths were already closed. Since there was not much to see, I convinced him to pose for a photo donning the ancient terracotta warrior costume. He had fun in that silly garb!

On our way out of the Forbidden City, a young man and a young lady approached us from our back and asked where we came from (a lot of people like them are scattered in touristy places in China. They will interrupt your sightseeing just so they could “practice their English”).  Tomi said he’s from Bangladesh and I came from Iraq. The youngsters’ faces were in disbelief but we convinced them nonetheless. They asked us annoying, personal questions like they were our very close friends. To get rid of them, who never stopped tailing us, Tomi and I had surprisingly mental telepathy: to play with these people by inventing a homo story.

When they asked us if we were friends, I told them that Tomi was my boyfriend. Hinting at my own words, Tomi reached out for my right hand and clasped it as he meant it, right in front of Chairman Mao’s huge portrait – overlooking two men holding each other’s hand. I could not honestly describe how the youngsters reacted to our answers. The look on their faces was a mix of bewilderment and surprise. They were speechless for a while and looked at each other like it was their first encounter with gay people.

When reality sank in, the young boy asked if we were planning to get married. Tomi answered them with pride, “Yes, maybe, next year.”

They smiled and the girl exclaimed, “Congratulations!”

And in a true fashion of a soon-to-be bride, I said, “Thank you.”

They invited us for tea. We declined. They tried to persuade us that the Chinese tea ceremony is cool and a must-see. But I know better; it was their way to scam us. They asked more questions and we gamely answered them all, mostly about our very gay relationship. They persistently followed us on our way to Tiananmen Square until they were gone without us knowing. Maybe, they found another unsuspecting tourist in sight.

At the dinner table two hours later, we told the story to his divine girlfriend. She laughed hard and gave me the look. I dunno if it was the look of hatred or jealousy. But, when she looked at Tomi, that look changed: it was a look of love and trust.

The Tea Ceremony Scam in Beijing
When visiting Tiananmen Square and Forbidden City, scammers will approach you out of nowhere. They’re good. Some of them speak your language. Really. They’ll try to convince you about going to this very traditional Chinese tea ceremony in a traditional tea house, only to be scammed. The tea they served, which they said was free, is actually not free at all. They will change their story and say that there’s a language misunderstanding/barrier. And you will be surprised at how much they’ll charge you. I have a friend who was charged to the tune of $120 on his credit card.

Art Student Scam in Beijing
Another scam in and around Tiananmen Square is luring you to an art student’s shop where proceeds of the sale will go to an orphanage/charity, a worthy cause they conjured up in their imagination. Just say a firm no—and they’ll leave you alone when they’re tired of following you. 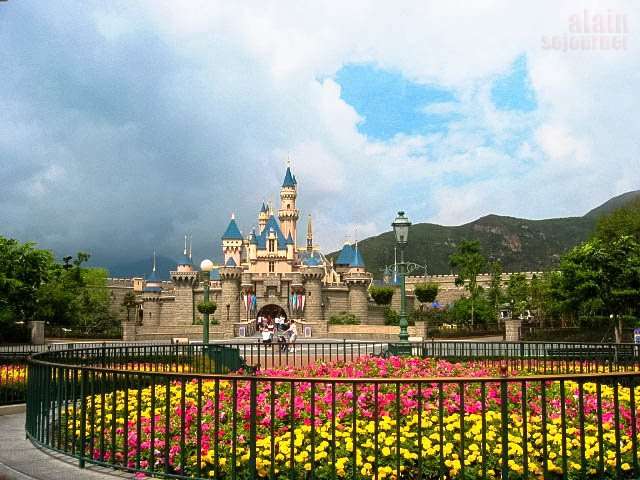 Six Things To Do And See in Hongkong

Khai Nui – Your Private Island For A Day