While I was on my way to the Trevi Fountain, I stumbled on the Basilica de Maria Degli Angeli del Martiri, in front of Piazza Della Repubblica. I went inside because I was intrigued by its vast and ugly exterior. But, if there’s one thing I learned from traveling, that would be: Don’t judge the building by its facade. 😉 Right? I only found out that this is a basilica designed by Michelangelo in 1562 after I overheard a tour guide telling his tourists about its history.

Michelangelo Buonarroti. The basilica is on top of the ancient Roman bath – the Bath of Diocletian. Michelangelo, a great Italian master, designed it. He also designed the dome of St. Peter’s Basilica and carved two well-known sculptures: Pieta and David.

The Interior of the Basilica

As soon as you enter, the vaulted ceilings and dome will never fail to amaze you. I immediately forgot the unlovely facade when I saw the shiny, marbled floor bathed in colorful designs. Looking at the handful of crowds and the grand structures, I knew that I was on a path that most tourists would never visit. It’s not even promoted as one of the tourist attractions in Rome.

The immense sizes of the paintings inside make you think they’re staring back at you. They seem to come alive! See the Crucifixion of Peter, The Immaculate, The Resurrection of Santa tibia, and The Story of Saint Jerome.

Other Things to See Inside. The basilica has smaller chapels that are well-inscripted. You can walk the whole transept from one end to another. Funeral monuments abound in the basilica, too. Don’t miss the Organ Music Capella and the Presbytery.

The Meridian. It’s on the basilica’s transept floor, and it’s off-limits. Find the hole where the sun shines and follow its light on the 45-m bronze line on the floor.

I highly recommend Hostel Alessandro Palace and Bar. You’d never go wrong staying here. It’s less than 10 minutes walk from the train station that goes anywhere in Italy, and it’s also a walking distance of whichever tourist attraction you want to go to. Assuming, of course, you’re into discovering the city on foot. The staff are friendly and speaks good English. There are grocery shops, cafes, and restaurants around. You can book this hostel in Rome via HostelWorld and Booking.com. 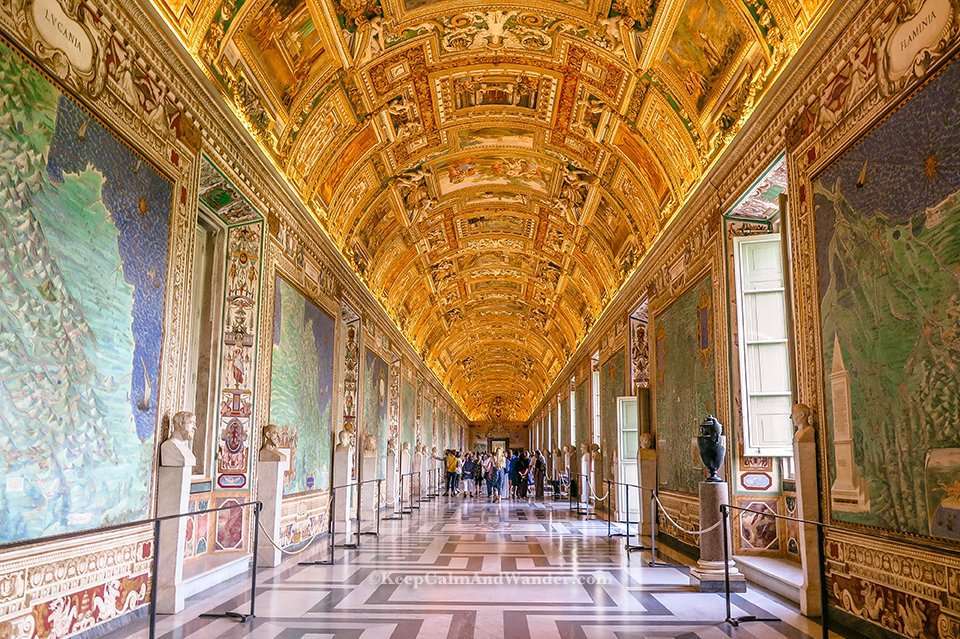 The Hall of Maps at the Vatican Museum 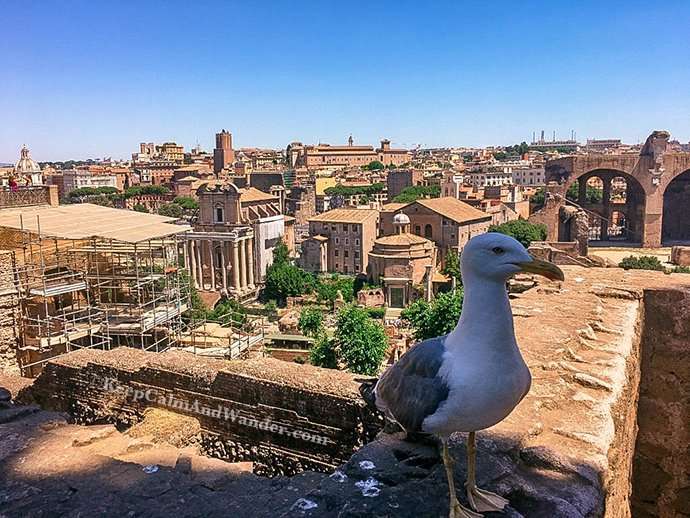 Photos: A Leisurely Walk at the Roman Forum and Palatine Hill