Architectural styles. The leaning tower of Bologna is medieval while the leaning of Pisa is Romanesque. 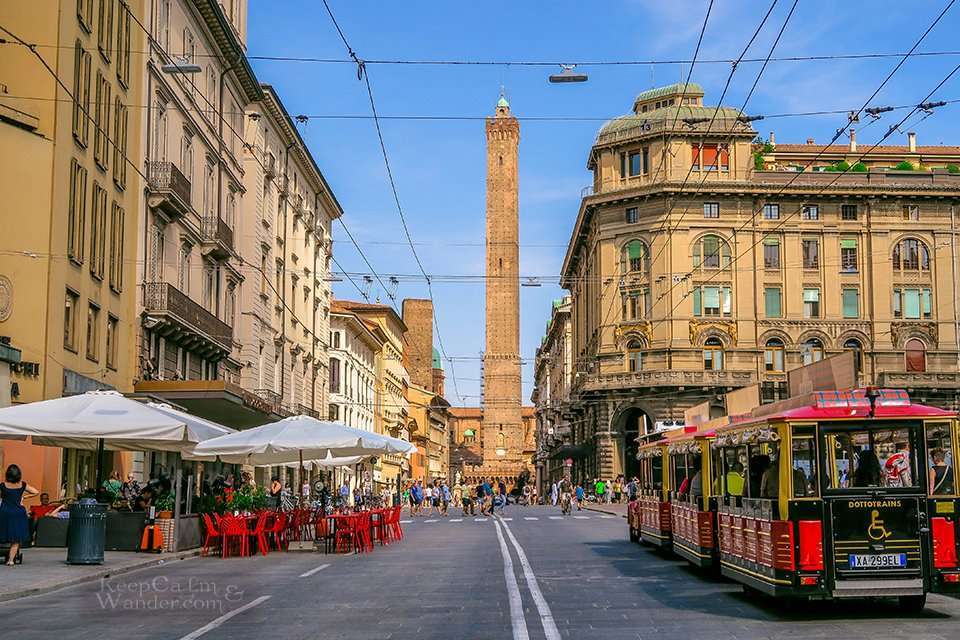 Which is more beautiful? Oh well, I’d say that the Leaning Tower of Pisa is more of a beauty than the other.

The Tower Names. They’re called the Two Towers of Bologna or the Twin Towers of Bologna. The taller one is called Asinelli Tower; the smaller (and the leaning one) is named Garisenda Tower. It is believed that these towers were named after the families who paid for the construction. 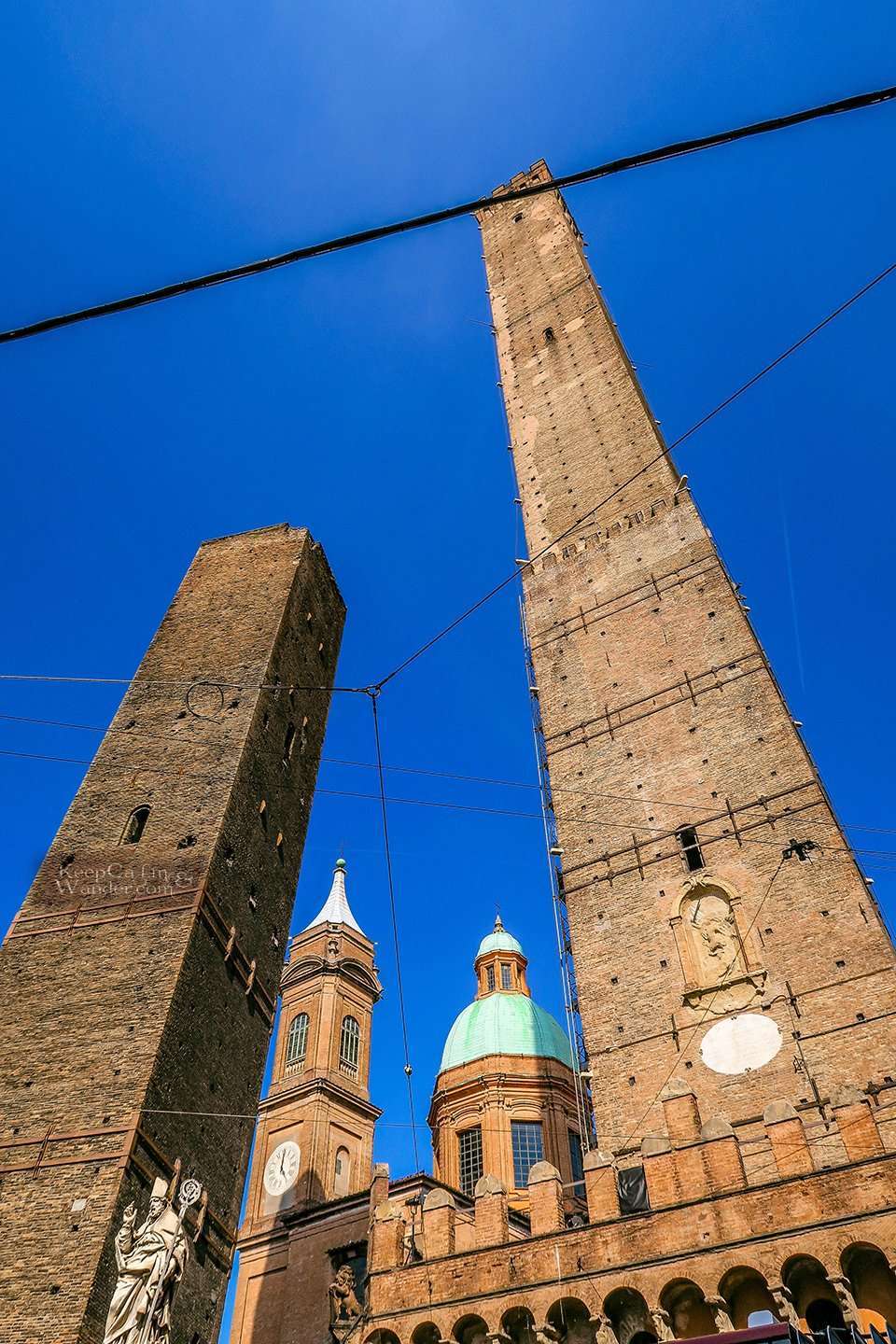 Can you go up there? Yes, you can but only to the Asinelli Tower. I would have loved to go up there but last summer, it was off limits to visitors. 🙁

Towers in Bologna. This Italian city is the city of towers. In the medieval times, the city was littered with almost more than 200 towers! If you climb to the top of San Pietro Bell Tower, you’ll never doubt that Bologna is the City of Towers. They said that families built these towers as a defense. 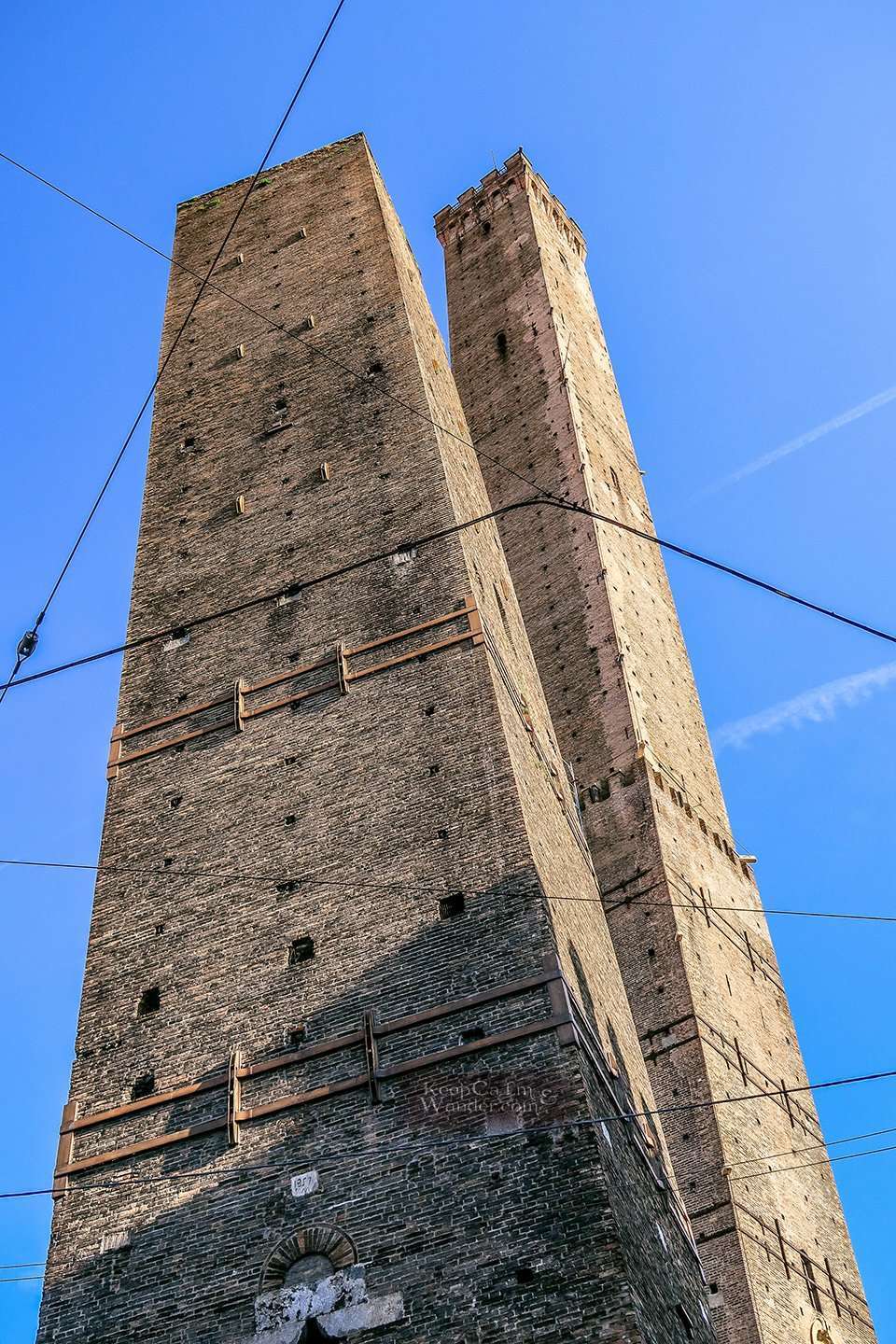 Related: The Leaning Tower of Pisa is a Beautiful Architectural Accident

In Dante’s Inferno. The leaning Garisenda Tower is mentioned in the 31st canto of Dante’s Divine Comedy, Inferno. Read the quote below:

As when one sees the tower called Garisenda from underneath its leaning side, and then a cloud passes over and it seems to lean the more, thus did Antaeus seem to my fixed gaze as I watched him bend… 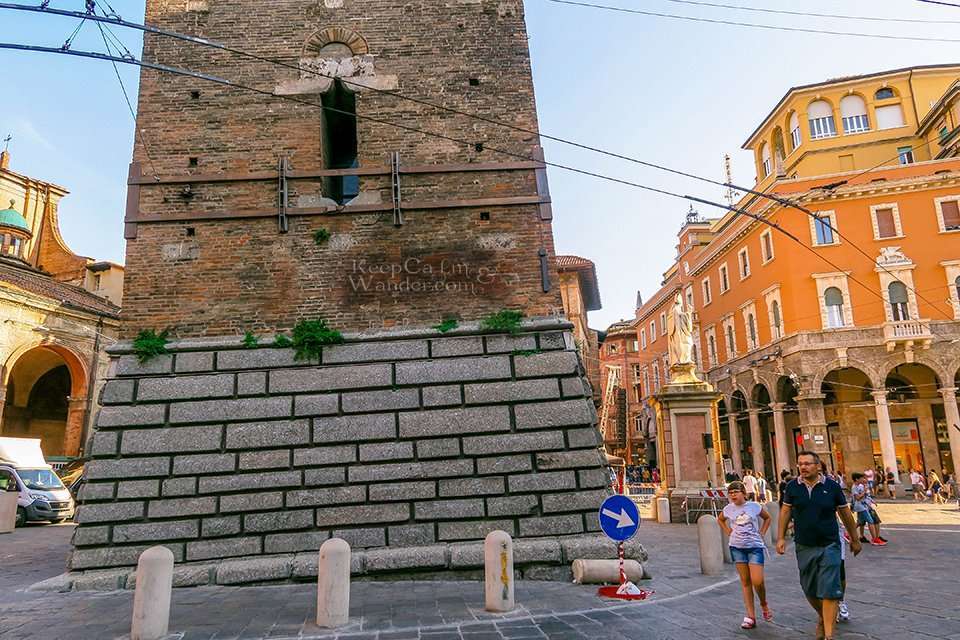 Now, Do This. Based on Dante’s observation above, I think you should do this, too. Stand at the base of Garisenda and look up. On the leaning side, as the cloud approaches, you’ll notice that the leaning tower is moving, not the clouds. It’s weird but I can assure you it’s true. I waited for 20 minutes until the cloud was on its leaning side. 😀 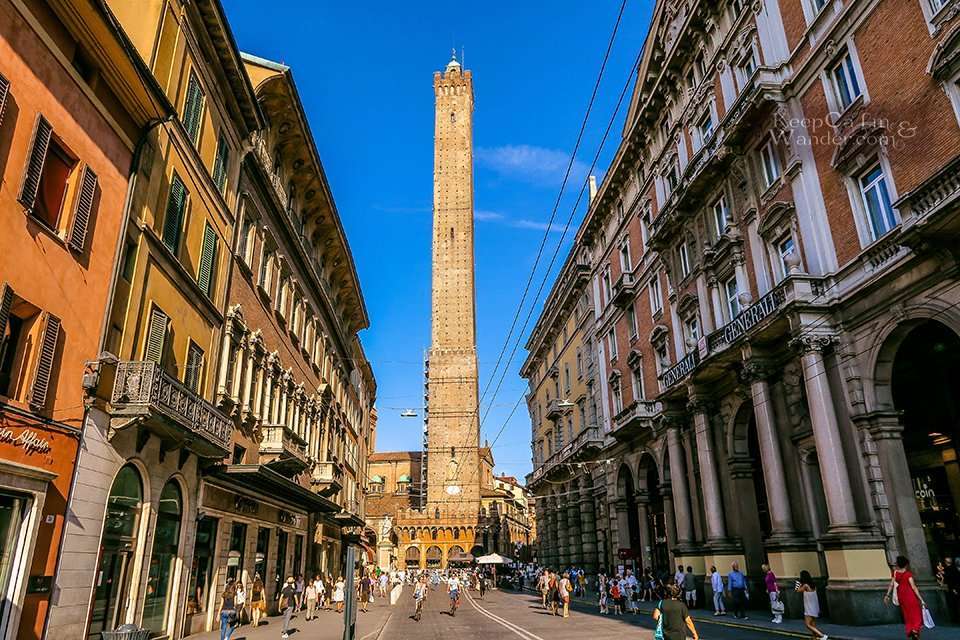 I stayed at Stazione Centrale. It’s a bit difficult to find it if you exit on the main entrance of the train station. You have to exit or go to the back entrance/exit. From there, it’s less than a minute (20 meters) to find the AirBnB. It’s not a hostel nor your typical AirBnB. I didn’t even find a receptionist there. It’s an apartment building. Coffee, tea and some biscuits (for breakfast) are already in your room. The room is small but clean. Bathroom is shared, too. From here, you can walk for 20-30 minutes to the main historical district in Bologna. This place is good if you are leaving the city early in the morning or arriving late via train. You don’t have to walk far or hire a taxi which can be scarce in the morning.

Package Tour. Well, you know, solo travel is not for everyone. Should you decide to go on with a tour group, go with – Intrepid Travels. They have a wide variety of tours for all ages and different kinds of travelers, including seniors, teenagers and family. 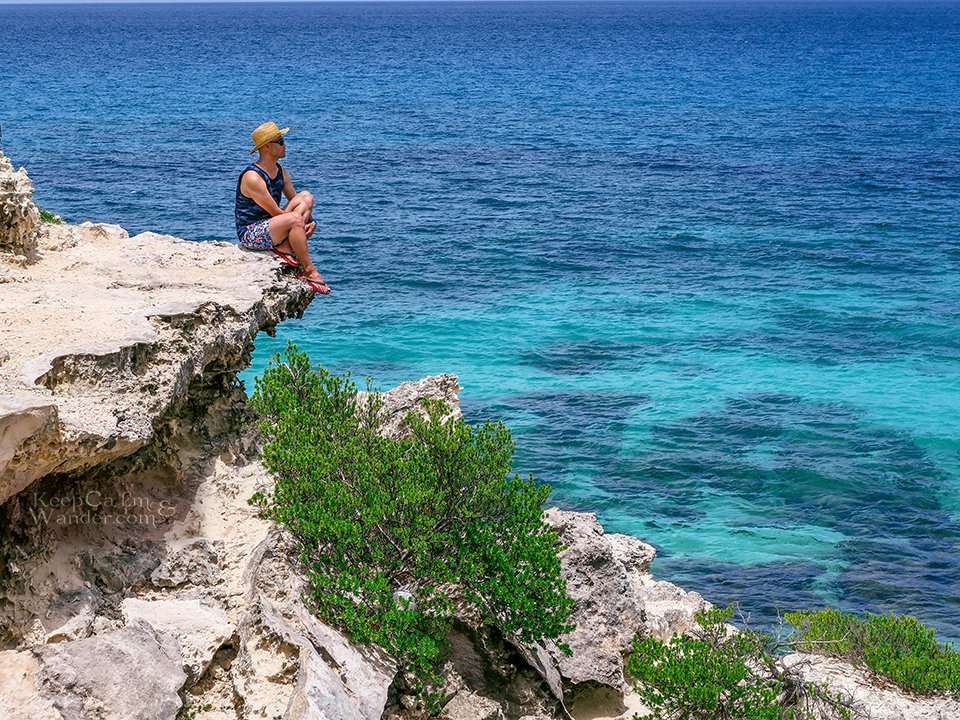 How to Spend a Day in Isla Mujeres 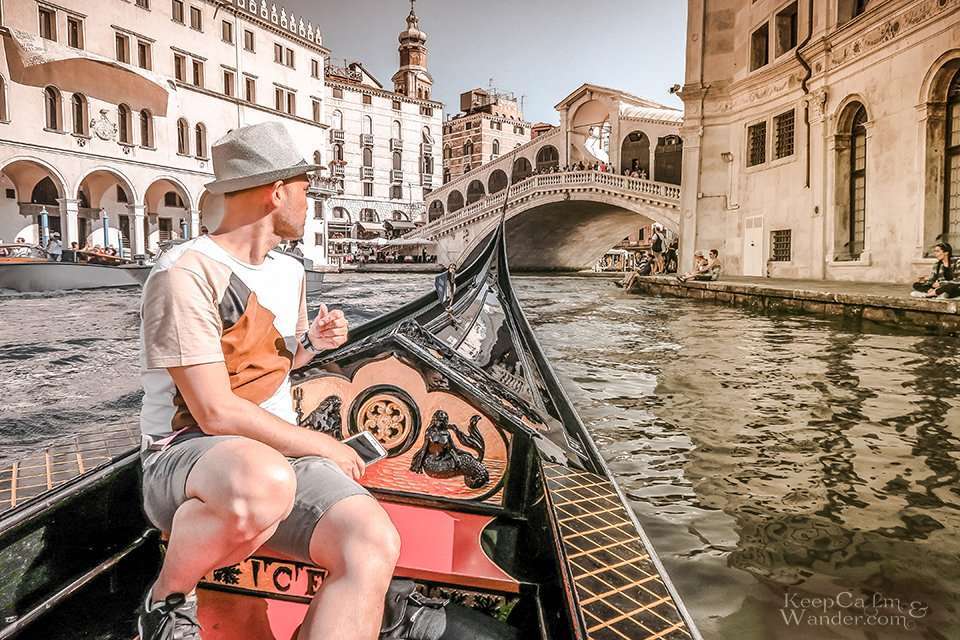 I Rode a Gondola in Venice and I Loved it!