Take the Lake Inle Tour if you had a day to explore it. It’s one of the unique travel experiences you are gonna have in Southeast Asia. Lake Inle is Myanmar’s “WaterWorld.” Here, you’ll see how people survive to live in/surrounded by water. It is a glimpse of the resiliency of the residents who built their homes and lives on the freshwater.

A friend and I came early to the port at Nyaung Shwe. We found a boat operator and negotiated the price. He showed me a laminated piece of paper and asked which places I wanted to go/see. I pointed out four things on the list I wanted to see: the long-necked women, the stilt fishermen, the floating village, and the pagoda. They chose the other places they wanted me to visit. But before we left, I told the operator that we go directly to the area where the stilt fishermen were because I wanted to see them in action while the sun was rising.

The Sunrise and the Stilt Fishermen

We were just on time when we arrived. As the sun slowly rose behind the cordilleras, the stilt fishermen were busy doing their thing. There were only two tourist boats so far – and I thought that was pretty rad. I told the young boat operator to stop for a while to take better photos and enjoy watching them do their living.

Five minutes later, the young man asked me if I wanted to go near those fishermen and have my photo taken with them. Though I was a bit confused, it dawned on me that those fishermen were not really fishing after all. Yep, it was a tourist trap! However, the boy was quick to say, “These kinds of things happen in the morning usually because of the tourists. But when they are gone, the fishermen will go back to fishing.”

Our next stop was the Silversmith Factory. Well, what do you expect? After showing us how silver jewelry is made, the English-speaking guide brought us to the jewelry shop, of course! Since I don’t like/wear jewelry, I went around and admired the craftsmanship.

Before you exit the Silversmith Factory, look out the windows and you’ll find one of the many floating vegetable gardens in the lake.

I’m no stranger to cigar factories. I’ve already been to two cigar factories in Cuba so I wasn’t really expecting something new here. And I was right. However, my friend was interested in it and wanted to buy one, so I got off the boat.

I’ve seen them in postcards and books – and finally in person! I just didn’t take photos of/with them, but also talked to them. Read my encounter and a short conversation with them here.

This is the most-visited and most-esteemed pagoda in Lake Inle. Good luck if you can find the 800-year old image of Buddha.

Outside the Phaung Daw Oo Pagoda, you will find people on boats selling fruits and vegetables. I was thirsty, so I bought a coconut! 🙂

An English-speaking guide will meet you as soon as you embark. She will show you the factory where men and women do textiles in a traditional way. It was fascinating and new to me! At the end of the tour, we were left at the shop to explore on our own.

Going to shops/factories like this makes me feel guilty because they were so kind in showing me around, explaining the processes of how things were made – and I don’t buy anything.

This was our last stop on the tour. We spent around 45 minutes here, mostly walking on the bridge. People from the passing boats waved at us and we waved back at them.

When we returned to Nyaung Shwe, we had our lunch in a local restaurant. After that, we started our long motorbike ride to Shwe Indein Pagodas. Read this post for my experience visiting the ancient ruins. 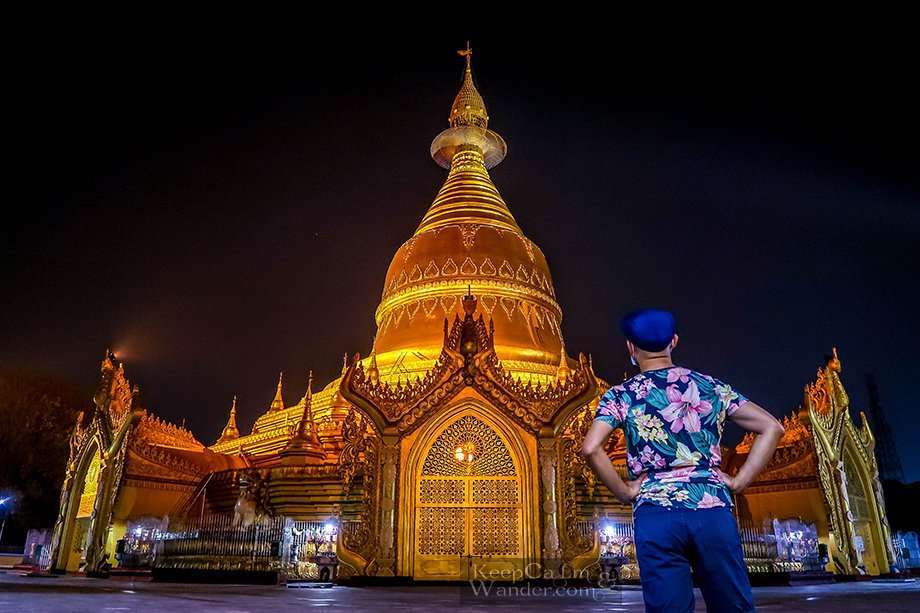 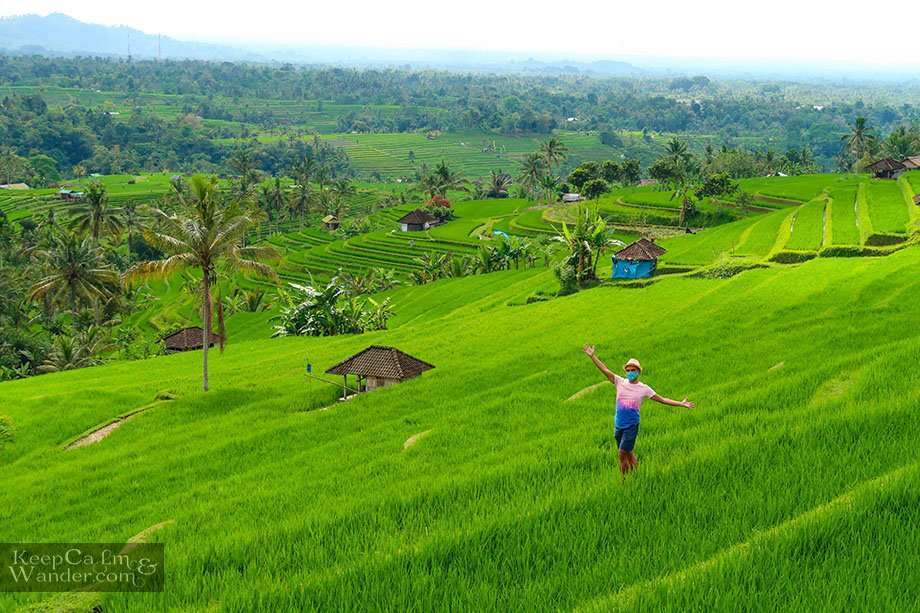