Two weeks in Morocco is just the right time to explore the places you wanna see and go. However, this is not enough to get to know the whole country. On this trip, I skipped the Sahara desert safari because I’ve been and have lived in the desert for months. So, I don’t need to be reminded of how beautiful the sand dunes are at sunset or sunrise.

In between cities, the train is the most convenient transport for backpackers. Though trains are kinda slow, but it will get you there. It arrives almost always on-time. Taxis are also common in cities, but most of them (or the ones I had) don’t really have fare meters. You have to agree on the fare first before getting on the cab.

Taking day trips via tours save time and inconvenience. If you’re in Marrakech or in Fez, there are tours that would take you to amazing tourist destinations.

I arrived at my hotel around 4 in the afternoon. Then thirty minutes later, I went out and started walking on the corniche all the way to Hassan II Mosque. It is Casablanca’s most visited tourist attraction. I’ve got to witness the beauty of this grand mosque in late afternoon, at sunset and at night.

In the evening, I met up with the local couchsurfers who had iftar by the beach. Then, we all went to a cafe downtown where we had tea and beer.

Where to stay in Casablanca
I stayed at Hotel Azur Casablanca where my room was facing the Atlantic Ocean. And the best part is that I was in the bar district which the city is known for. Right outside the hotel are restaurants, bars, cafes, etc… It’s worth staying here for a night in Casablanca.

I arrived at noon but managed to be at my hostel around 2:30 in the afternoon. The cab driver pretended to know where my hostel was but he actually didn’t. I refused to get out of his car until we found it.

Where to stay / hostel in Marrakech
True to its name, Rainbow Hostel is the most colourful hostel I’ve ever stayed in. It’s right in the medina and a few minutes walk to Place de Jemaa El-fnaa. They also have a tour desk. You can book it via HostelWorld.

I booked a day trip outside Marrakech through my hostel. It cost me around $30, excluding the food. The price is for transport and tickets only.

Spend a day at Ouzoud Waterfalls, one of Africa’s tallest falls. Pack your lunch if you don’t want to buy at one of the restaurants there. They’re pricey and not even that good. 😉

This was my last day in Marrakech and I just took it easy. In the morning, I did these things:

I was in Rabat for 20 hours to visit a friend who also hosted me at his house. He showed me Hassan Tower, the medina, and Oudayas Kasbah. In the evening, he brought me to a wonderful shisha place outside the city.

Fes is dubbed as the intellectual capital of Morocco due to the existence of ancient academic institutions in the city. In fact, the city’s University of Al Quaraouiyine is the world’s oldest university and it is still open until now. After years of restoration, the university’s library, the oldest in the world, is finally open.

Where to stay / Hostel in Fes

Hostel Dar Janat is in the middle of the medina. From here, you can also walk to the bus station. The hostel has a tour desk. It’s clean, and in one of the oldest buildings in the medina. Staff are friendly. You can book this via HostelWorld.

This day tour from Fes brought me to Volubilis, Moulay Idris and Meknes.

The Roman ruins of Volubilis is a testament that the area was once a progressive city that held power and might. The ruins are reminders that the Romans were there, settled, conquered it – and vanished.

Moulay Idriss is the birthplace of Islam in Morocco. The town is named after Moulay Idriss I, the great grandson of Prophet Mohammed and who brought Islam to the country. He is, of course, the country’s most-revered Saint.

Once the capital of the country, Meknes is home to some of a well-preserved Spanish-Moorish style buildings in the country.

On my last day in Fes, I chillaxed. I visited the Jewish Quarter and the palace where the King lives (just outside). Also, I had a feet massage.

In the evening, I walked around the bustling medina to find a good place for chicken tagine.

Chefchaouen is Morocco’s Blue City. And there’s no doubt that this is the country’s most photogenic city, too.

And while you’re here, don’t forget to photograph the doors. They’re very unique and super photogenic!

Where to stay / hostel in Chefchaouen
Casa Amina is your place to be. It is a family-owned hostel that is painted in blue, of course. It’s right in the middle of all the blue village.

Tangier is in the northernmost tip of Africa. It’s the door to Africa, obviously.

Where to stay in Tangier
I stayed at Hotel Mamora. It’s in the medina surrounded by a lot of cafes and restaurants. It’s walking distance to Kasbah, the corniche and the pier for the ferry that goes to Spain. You can book it via Expedia or at HostelWorld.

From my hotel, I walked to the pier in 10 minutes. The ferry ride from Tangier to Algeciras, Spain lasted 30 minutes. 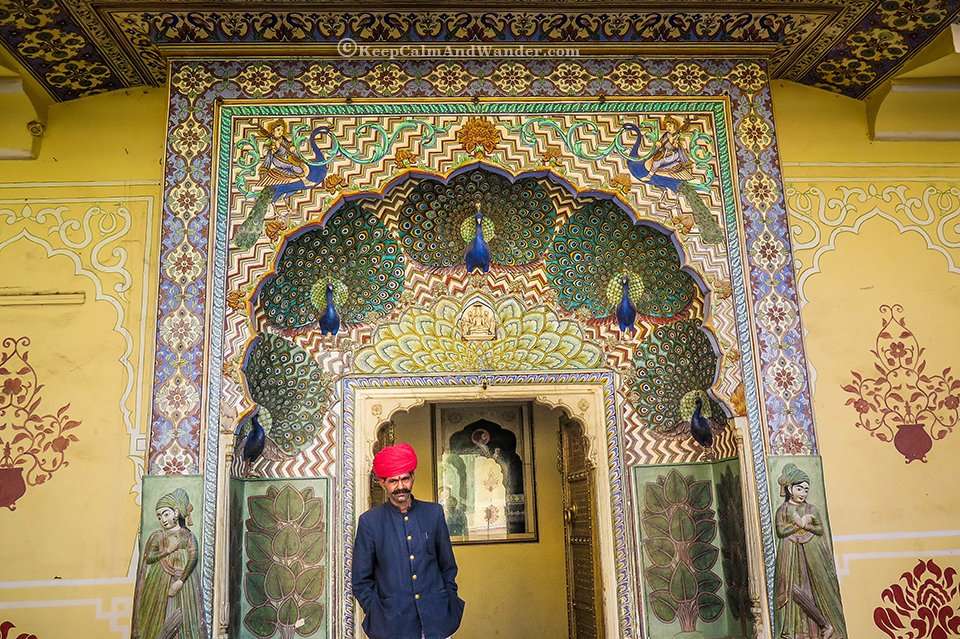 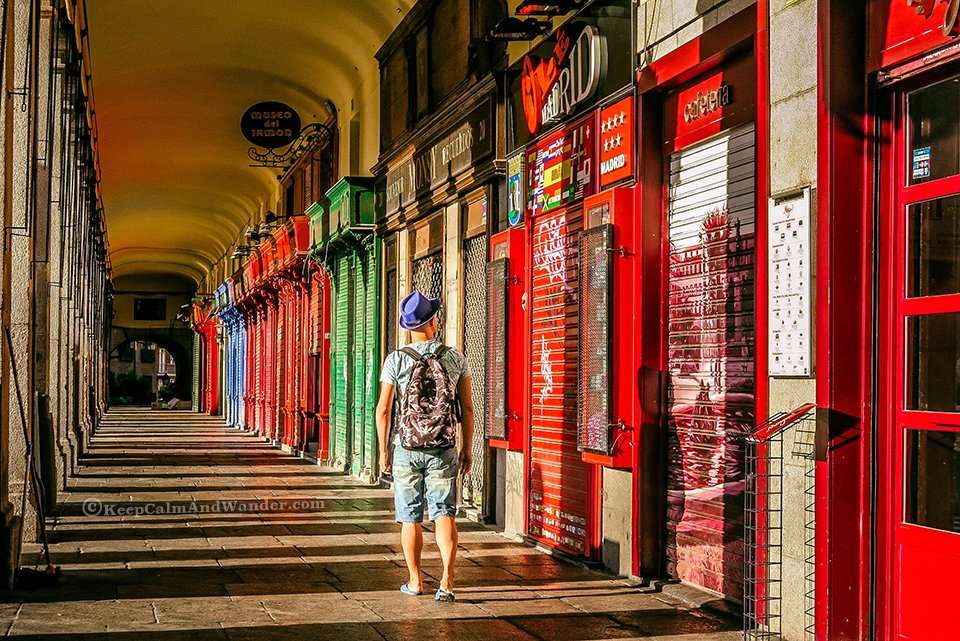 Madrid Plaza Mayor – The Square With Many Names