Before visiting, get to know these interesting facts about Sacre Coeur in Paris. It’s a minor Roman Catholic basilica that sits atop Montmarte, the city’s highest summit. You’ll see it from the top of the Eiffel Tower or from Notre Dame Cathedral. Its domes look different from any Catholic churches you’ve seen before. If my memory serves me right, I’ve never seen anything like these.

Romanesque-Byzantine Style. The basilica was built in 1975 but its construction was completed in 1914. However, it was only sanctified when World War 1 ended in 1919. Paul Abadie designed this imposing church overlooking the city of Paris.

The Apse. When you go inside, the surrounding interior is a bit dark. All your focus goes to the apse where the celebration of the Holy Sacrament happens. It is not just well-illuminated but the mosaic above it looks like God is staring down at the people below.

The Mosaic. The mosaic looks like Christ have risen but the artist, Luc-Olivier Merson, calls his creation, Christ in Majesty. His hands are outstretched and his golden heart shines through everywhere. Surrounding him are the Virgin Mary, Joan of Arc, the Saints and etc… This is one of the world’s largest mosaics.

The Stairs. Going up, you have to thread through more than 300 steps. Along the steps is a meditation garden with a fountain. If you can’t climb the stairs, there’s also a long golf art that takes visitors up and down the basilica.

Around the Sacre Coeur. Remember that you are in Montmarte. A friend, who is a local, told me that this is where you can find the real Paris. But, of course, you’ve got to go away beyond the souvenir shops that are proliferating in the area. Walk a little bit more and you’ll find the Paris you’re looking for. Also, you’ll find Moulin Rouge around this area. Vincent Van Gogh used to live here with his brother.

View of Paris. With a small fee, you can go up to the top of the tower, you’ll find a sweeping view of Paris. After Eiffel Tower, this is the second highest point where you can see the city’s skyline. On the day I was there, the ticket booth was closed. 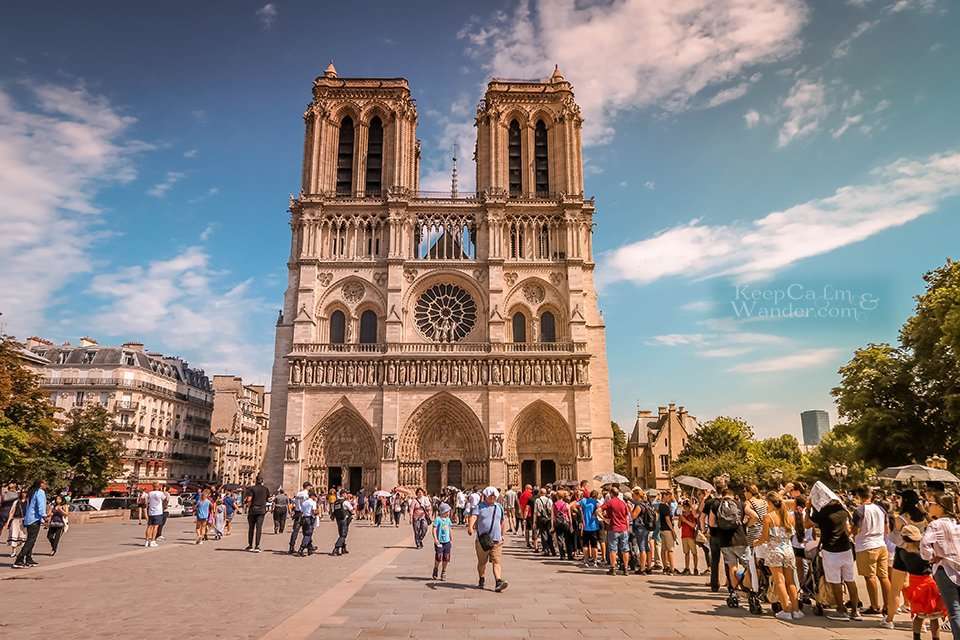 Inside the Notre Dame Cathedral in Paris 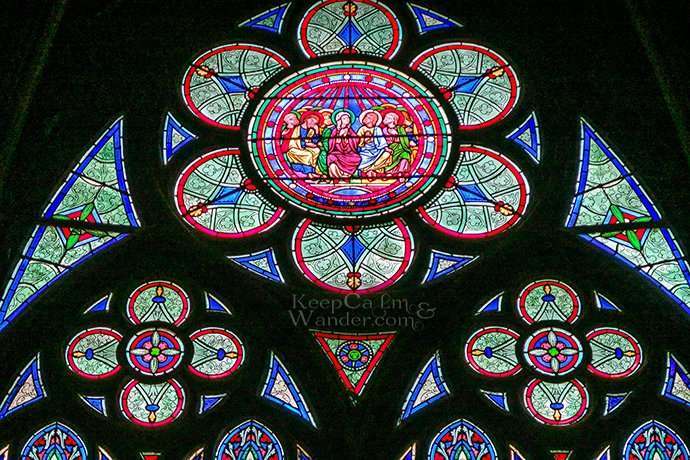