Agra Fort is another Mughal fortress that speaks volumes of Indian history. We all know that Agra is synonymous with its timeless Taj Mahal. But, if you go beyond the world-renowned marble architecture, you’ll find yourself busy with other places of interest. There’s Sikandra where the Emperor Akbar the Great was buried. His large tomb is impressive. Fatehpur Sikri is also a stunning place to visit where Akbar built three palaces for his three wives who were all from three different religions.

Agra Fort can be overwhelming when you’re exploring it alone. In a throng of people, the place seems small. Every nooks and corner of this fort are worth exploring. Take your time. Look up and down. Look sideways, front and back. There are always interesting things to see. You don’t even have to look harder for them. They’re visible and waiting for you to find them.

Here are some interesting facts about Agra Fort.

Agra Fort was originally built as a military defense.

As history unfolded, the fort was transformed into a walled palatial city.

Shah Jahan, the one who built the Taj Mahal, was imprisoned here by his own son for eight years. Every visitor or tourist knows this because every tour guide says this. And even every guide book writes about it, too.

And this is the marbled room with marbled balcony where Shah Jahan stayed for almost a decade. From here, he could see Taj Mahal, the grandiose tomb he built for his favorite wife.

The fort is made of red sandstone.

White marbles were added when it was transformed into a palace by Shah Jahan.

The imposing gate is impossible to penetrate as it is high and has double embankments.

Agra Fort also appears on the pages of Sherlock Holmes’s stories. In “The Sign of the Four” episode, you can’t miss this fort.

This is one of the marbled rooms where Shah Jahan was imprisoned by his son. Can you see the precious stones embedded in here? They’re everywhere in this room but visitors are not really allowed to touch or go near them. There’s a fence.

And yes, of course, the British came and used this fort for their military operations. In fact, on the opposite side of this canon, you’ll find the tomb of a British general.

Can you imagine yourself in this pool and room made of white marble?

When you’re done, sit, relax and enjoy at the gardens. 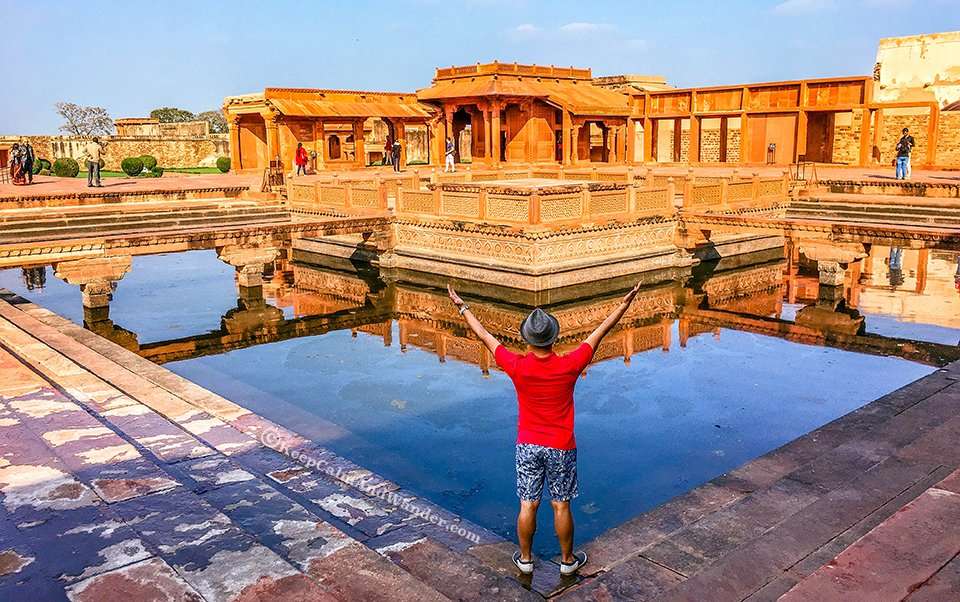 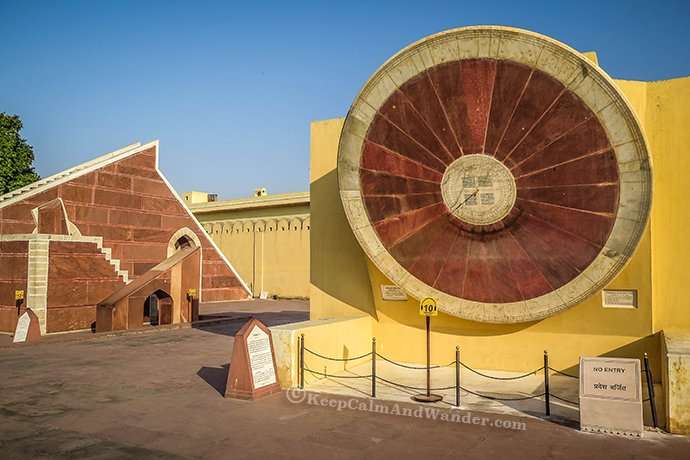