Going inside the Pink Mosque in Putrajaya is one experience you’ll never forget too soon. It’s incredibly stunning in there! Yep! If you are looking for an Instagrammable content in Putrajaya (Malaysia), you should start discovering the new city from here. In fact, all the things/places I wanted to see are just around this area. I didn’t really venture far from here because I was only here for a half day.

How to Get There: Kuala Lumpur to Putrajaya

Let me be clear – I didn’t join a tour to Putrajaya. I did it myself by taking a train. It’s really pretty easy and you don’t even have to bother a lot of people to ask for directions. 🙂

I started at the KL Sentral Station which was a bit crowded due to the morning rush hour. I bought a ticket for RM7 and the attendant directed me where to go down and which platform I should stand. The train came on time – and 18 minutes later, I arrived at my destination. However, the bus schedule from Putrajaya station to the mosque was not the one expected. There was an hour interval and I just missed the latest one by 3 minutes! So, instead of waiting, I decided to take a Grab taxi to Putra Mosque.

Inside the Putra Masjid

As soon as I got off the taxi, I was already impressed by its facade.

Putra Masjid commands attention and invitation to see what she has to offer inside.

The Pink Mosque is, undoubtedly, Putrajaya’s most photographed landmark.

After paying for the entrance fee, an attendant handed me a robe with a hood to cover my exposed flesh.

The Putra Mosque is inspired from Persian Islamic artchitecture.

If you observe its patterns keenly, you will notice that they are a mix of other Muslim designs/cultures worldwide.

Of course, it is also infused with Malaysian motif.

As you can see, the colour pink is not only visible on its facade but also inside.

The arches, the dome, the columns and every small details of this structure are finely executed.

Once you are done inside, go around the mosque and enjoy the river views.

Unfortunately, visitors aren’t allowed to roam the prayer hall. They set up a fence where they can stand take photos.

During prayer times, visitors have to wait outside until it’s over.

Where to Stay: Hotel in Kuala Lumpur with a SkyPool Overlooking the City’s Skyline

I stayed at Expressionz Suites by V&C near downtown Kuala Lumpur. I wrote a request to the hotel staff to give me a room with views of the city. And yay, I got what I wanted! I could see the city’s skyline right from my bed. My suite is clean and it has its own washing machine! The breakfast was good – offering both Malaysian and western food. But most of all, the main hotel amenity that everyone wants to check out is the Sky Pool! You won’t regret looking at the fantastic views here while in your wet swimwear. 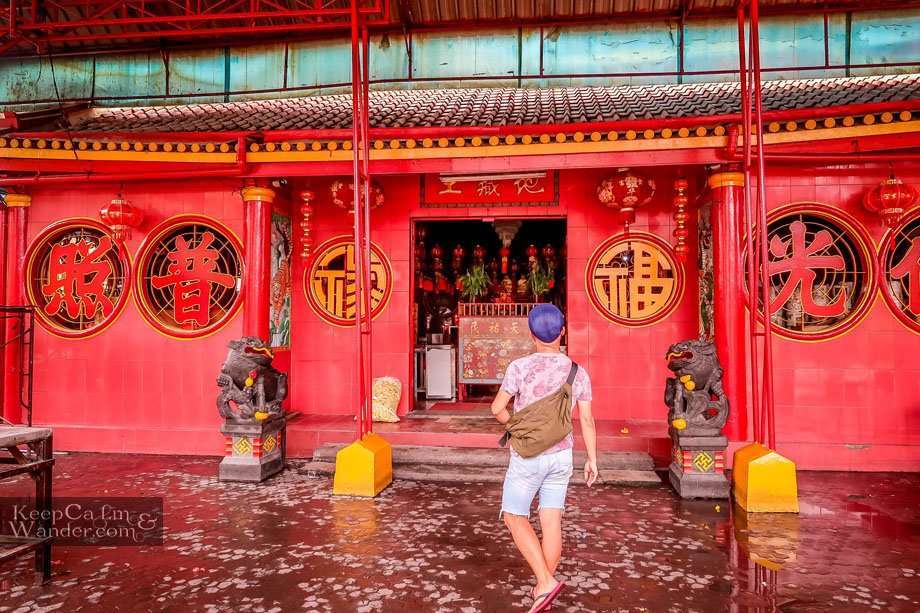 This Temple in Chinatown Jakarta is the Oldest in the City 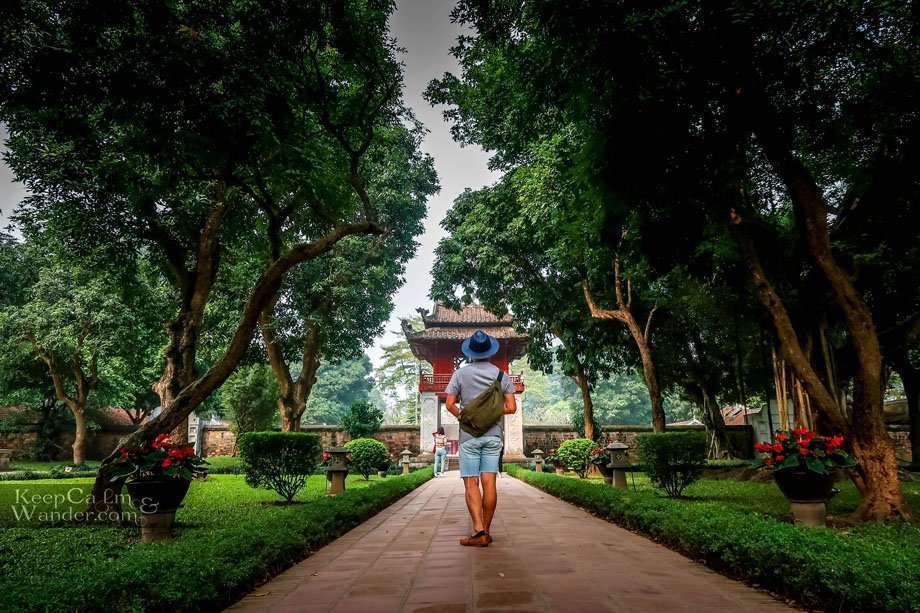 Temple of Literature in Hanoi – Where You Pray for Good Grades