Better than Santa Maria Cathedral, the Barcelona Cathedral is the epitome of religious devotion, and most importantly, of Gothic architecture. Its high-rise pillars, the overall size of the cathedral, and the atmosphere inside awakened my spirit and encouraged me to stay there for more than an hour.

Before I could feed you in on what I saw there, I’d like to mention its fascinating history first.

The Barcelona Cathedral was not erected in a few years, instead, its architectural history spans over six centuries as it has seen many renovations, additions, and degradations at the hand of the sands of time.

The main patrons of this building were the guilds and the brotherhoods of that era who donated their funds to construct a cathedral that could serve as an awe-inspiring medieval architecture and a victory icon.

Built on a sacred land

Before the creation of the cathedral, the place was a former site of a Christian church of the 4th century, that had been destroyed by the troops of a Muslim ruler, Mansur, only leaving out the baptistery, Porta de Sant lu doorway, and the chapel of Santa Lucia. Since the ground was considered as pious and sacred, it was inevitable for the Christian majority to sanction the construction of yet another church, but this time, a grand one, which could easily depict their victory and their devotion.

Among the destroyed part of that Romanesque church, in 1890, the bell tower and the façade were rebuilt following the original blueprints of it, but in the Gothic style. This style was in fact quite in the fashion of architecture that time. In fact, the area where the cathedral stands and its surrounding has a lot Gothic buildings that it’s called “Barrio Gothic.”

Talking about the floor plan of the cathedral, just by entering into the church, you’d see a huge Latin-cross shaped structure that the cathedral is. This accompanied by the intricately designed cross-vault is what seemed to quench my thirst of gothic art.

What to see Inside the Magnificent Cathedral

Yes, I know, this is the exterior, but let me tell you first about its facade before I’ll bring you inside.

If anything is Gothic enough in the cathedral, it’s the façade. From the Gothic arch, the 75 figures flanking the statue of Christ, two-side towers, 8 stained windows and the ancient Door of Saint Ivo, every little detail has in-the-face Gothic elements. Look closely.

If I talk about the interior of it, it has around 25 chapels and monuments that are dedicated to saints, all flanking the main aisle.

But what really captured my interest was the choir stalls, which were as old as the church and were Knights of the Golden Fleece used to rally upon the arrival of their King Charles V.

This is by far the most popular part of the church. It is basically an inner courtyard that has four galleries depicting pillars straight out of the Old Testament. I had to pass through the marble door to get to the cloister and see white geese swimming around in the central pond. Those geese were 13 and I was told that they represent the living years of Saint Eulalia.

Since the cathedral is originally dedicated to Saint Eulalia (a co-patron of the city who was martyred in the city), the crypt in the pulpit is thought to house her. Right above and present on the side walls, there are stained glass windows that filter light into immaculate colors, thus, lighting up the whole space like magic. The church also pays homage to Virgin Mary, but all of its elements stress more on representing Saint Eulalia.

4. The stunning arches and the little details above you

Well, don’t forget to look up above you. You’ll find the stunning Gothic arches and the little details of carved statues.

Zoom in your camera and you’ll see what those statues are (above photo).

With cathedrals like this one, 360-degree view of Barcelona is an additional perk. There’s an elevator to the roof here, too, and I wasted no chance to use it. When reaching the top, visitors feel closer to the bell tower. However, your movements here are limited. You can’t just go anywhere on the roof. You’ve got follow stairs and paths for your safety.

When you’re done your tour inside, go around the Cathedral and discover more sights to see at Barrio Gothic. 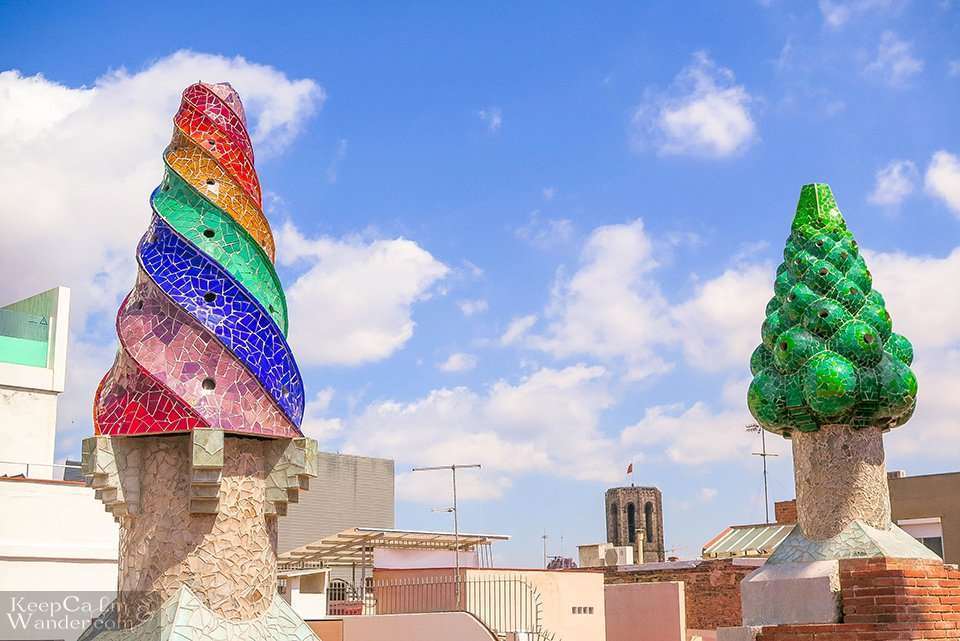 Palau Guell in Barcelona is a Mansion With a Splendid Interior 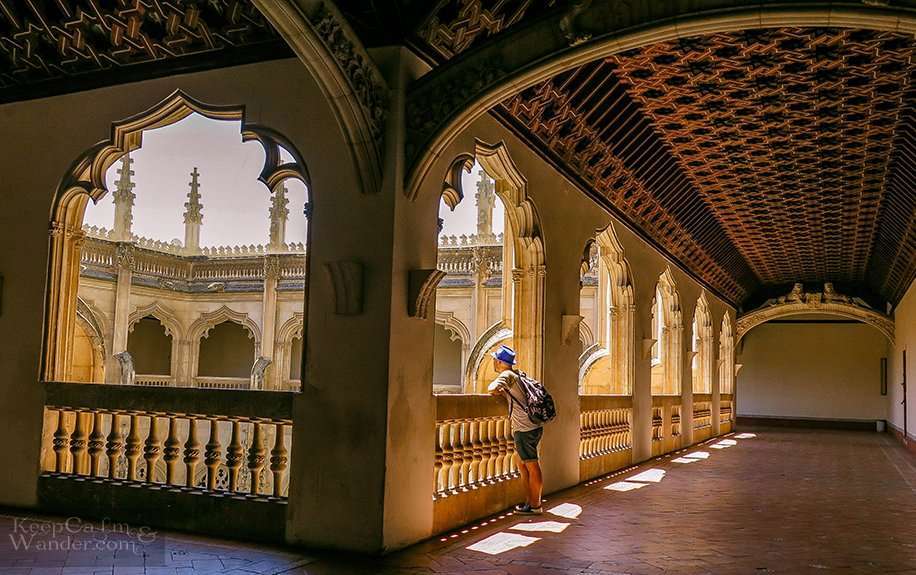