Going inside the Blue House of Frida Kahlo is having a glimpse of her private universe. The locals call it La Casa Azul because of its bold cobalt-blue color from its fence to its door and to its interior. This is the house where Frida was born, grew up, and died. Together with her husband, Diego Rivera, they also lived here for some years. In 1958, the Blue House was donated by Diego Rivera to be turned into a museum, in memory of Frida.

Everything you see inside is like looking through the unfiltered life of Frida Kahlo – her art, her disability, her relationships, her politics, her culture, and her fashion. She is, perhaps, Latin America’s most-acclaimed woman artist whose name we all could say out loud.

Read and scroll below to see the urn that has Frida’s ashes.

Where is the Blue House?

Visitors can find this well-known house in Coyoacan, a neighborhood in Mexico City. If you take an Uber from Zona Rosa, it should cost you around MXN 550 ($30), depending on the traffic. The museum opens at 10:00 in the morning and closes at 5:30 in the afternoon. You better buy a ticket online to avoid the queue that never seemed to end.

Inside the Blue House of Frida Kahlo

It is a very charming, quiet Blue House before the crowd arrives.

This is the queue for those with ticket reservations.

And on the other side, the line is longer for those without reservations. It would probably take you around 2-3 hours of waiting if you don’t buy a ticket online – ahead of your visit.

So, while waiting for your turn, why not take a portrait of your own? 😉

Once you are inside, the paintings are the most noticeable things you’d see.

They command attention that is hard to ignore.

In this painting by Frida, she shows her fashion sense, her politics, her disability, and her cultural heritage. With the crutches drawn away from her, she portrayed herself liberated by her illness. What I want to know though is the symbolism of that red book she is holding. Communism, perhaps?

Can you imagine Frida or Diego Rivera in these pieces of furniture?

Take a look at the canvass, palettes, and paintbrushes in her studio.

Everything in the house of Frida Kahlo has its own story to tell.

If only these portraits could talk, what story would you like to hear?

Frida’s kitchen still has the pots, pans and silver wares she used to cook.

Unfortunately, visitors are not really allowed to roam around it. It is cordoned off to avoid breaking those items.

All you could do is stand at the kitchen door and ogle from a distance.

In one of the rooms, you will find the urn that contains Frida Kahlo’s ashes.

This is the urn.

When Frida Kahlo was bedridden, she stayed most of her days on this bed.

And this is the bedroom used by Leon Trotsky, an exiled Russian politician who Frida had affair with. Later, the same bedroom was used by Diego Rivera before he died.

When you go downstairs, you will find some sculptures, volcanic rocks and tiny shells plastered on the walls.

After taking a closer look of some sculptures, enjoy the garden.

It even has its own little red pyramid. I’m not sure though if this new or Frida or her family built it.

WHERE TO STAY IN MEXICO CITY 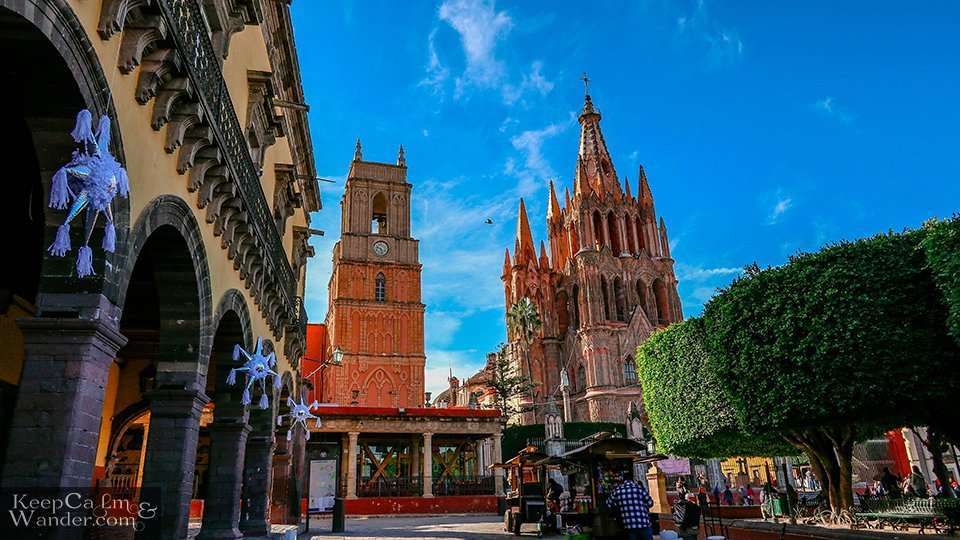 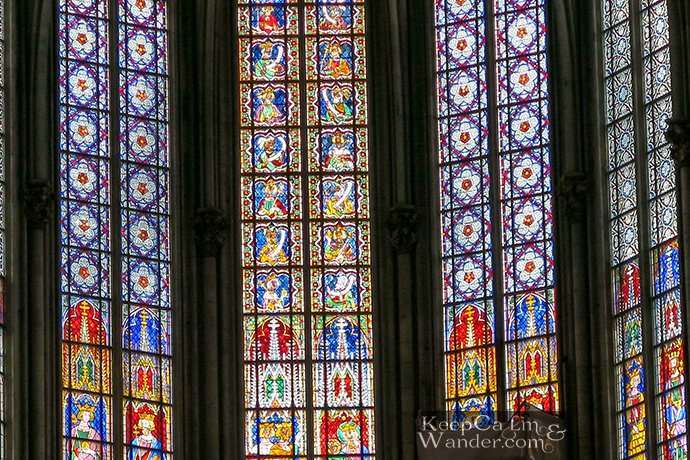