Going inside Palacio Nacional del Gobierno in Guadalajara is like time traveling. If the walls could talk, their stories can be worth a series of historical documentaries for Netflix or for television. I’ll be binge-watching it for sure.

My friend and I had only a night’s stay in Guadalajara. Yes, I know it’s too short a time to stay in a historical city with so much to offer. Guadalajara was just our “short” stop on our way to San Miguel de Allende from Puerto Vallarta. It was a long bus ride, mind you. If you want to see more for a little/limited time, you can join a tour of the city.

We didn’t waste time. As soon as we checked in to our clean boutique hotel, we walked to the city’s historic center.

We didn’t really get in there right away. We sat down and had photos taken at the square first which is just across from National Government Palace.

The grand facade is as impressive as its interior architecture. Its baroque arches, staircases, and hallways will definitely get you to say, “Wow!”

The Baroque structure was built in the 18th century during colonial times in Mexico. This has been the seat of the country’s parliament for many years in the 19th century.

Miguel Hidalgo ended slavery in this historical building by issuing a decree in 1810.

One thing that you must not miss here is the huge engrossing mural on the grand staircase. It is painted by a well-known artist, Jose Clemente Orozco. Look at it from wall to wall to the roof – and you’ll get a lesson on the country’s history.

Find the Congress Chamber where you can find another painting of Orozco. The abolishment of slavery decree was signed here. In both of these murals, Mexico’s freedom fighter, Miguel Hidalgo, is at the center.

There’s also a tiny museum inside this government palace.

Amble every nook and corner of this building has interesting objects waiting for you to discover.

Where to Stay in Guadalajara Near the Historic Center

If you are only staying in Guadalajara for a night or two, stay at Hotel Real Maestranza. It’s a clean boutique hotel with friendly staff. You can reach the Guadalajara Historical Center in less than 10 minutes on foot. Shops, restaurants, and bars are a few steps from the hotel and very close to the pedestrian pathway. They also serve a good breakfast. You can book it via Booking.com. For hostels in Guadalajara, book here. 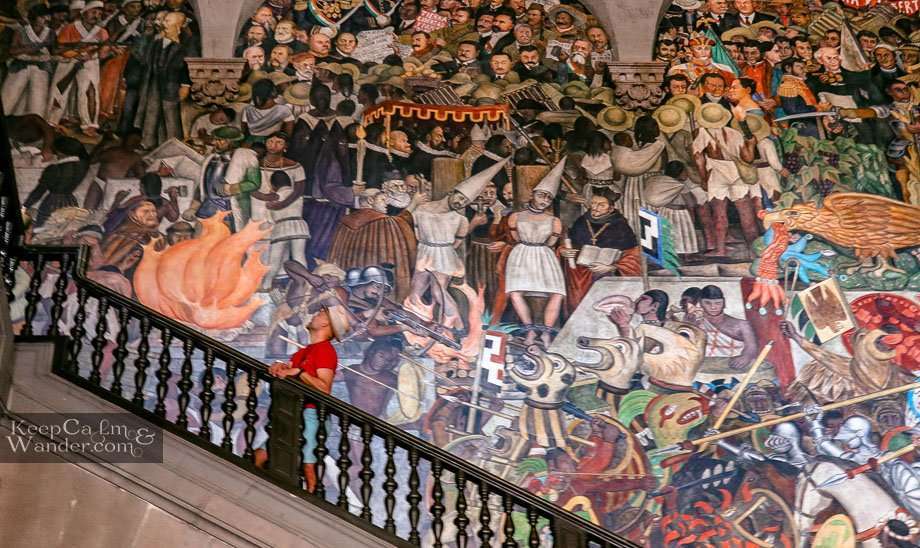 Inside the Palacio Nacional – The Mural and Paintings of Deigo Rivera 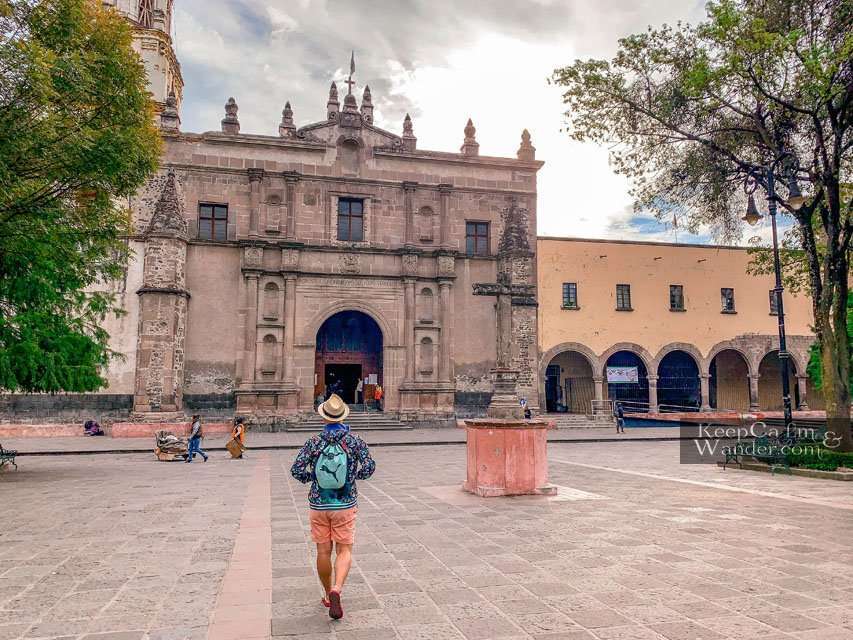