Featured in some Hollywood blockbusters, such as 1963 James Bond film “From Russia with Love”, Ron Howard’s adaption of Dan Brown’s “Inferno”, and the recent one Marvel’s “Black Widow”, the Basilica Cistern is the largest cavernous cisterns of Istanbul. It is called “basilica” because it lies underneath the location of a Roman basilica long lost in the pages of history. I could not fathom how a place so marvelousas this one was used as a dump in the Ottoman rule over Constantinople. But it relieves me to know that it was discovered by Petrus Gyllius—a French researcher—and it is now open to the public, for all of us to see what’s beneath Istanbul’s famed Sultanahmet Square. This underground Byzantine water reservoir is just one of the many subterranean structures across the city.

Where is it? It’s just few steps from Hagia Sophia. Just cross the street and find a tiny sign leading to Basilica Cistern.

Inside Basilica Cistern: This Sunken Palace Has Been Featured in Hollywood Blockbusters

1. A forest of columns

When you see 336 pillars towering at a height of 33ft and supporting a massive roof right in front of you, it is almost as if you’re seeing countless trees of a forest. These pillars were not built. Actually, they were salvaged from different places and were reused here.

As the columns were transported from different temples and ruins, two of them have the head of Medusa as their bases. The heads are turned upside down or sideways in an effort to mitigate the effect of the sight of Medusa.

There’s another column of great fame. It has the same height as others, only that it is dotted with patterns resembling peacock eyes. Are they, really? They look like tears to me. 😉

A café in the cold, humid, and ghostly ambiance of the cistern is just a perfect addition. Unfortunately, it was closed when I was there.

If the water is clear, you might find the carps happily swimming in this underground cistern.

6. Reflection of the ceiling

This adds to the mystery of the Basilica Cistern and truly depicts its meaning as “The Sunken Palace”. 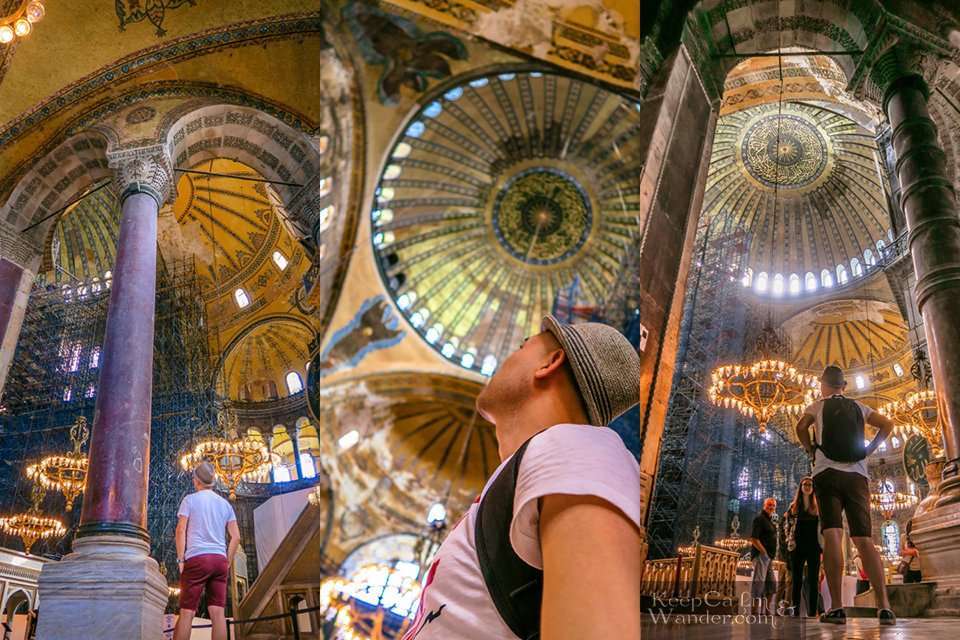 Hagia Sophia in Istanbul: a Christian Basilica, a Mosque and a Museum 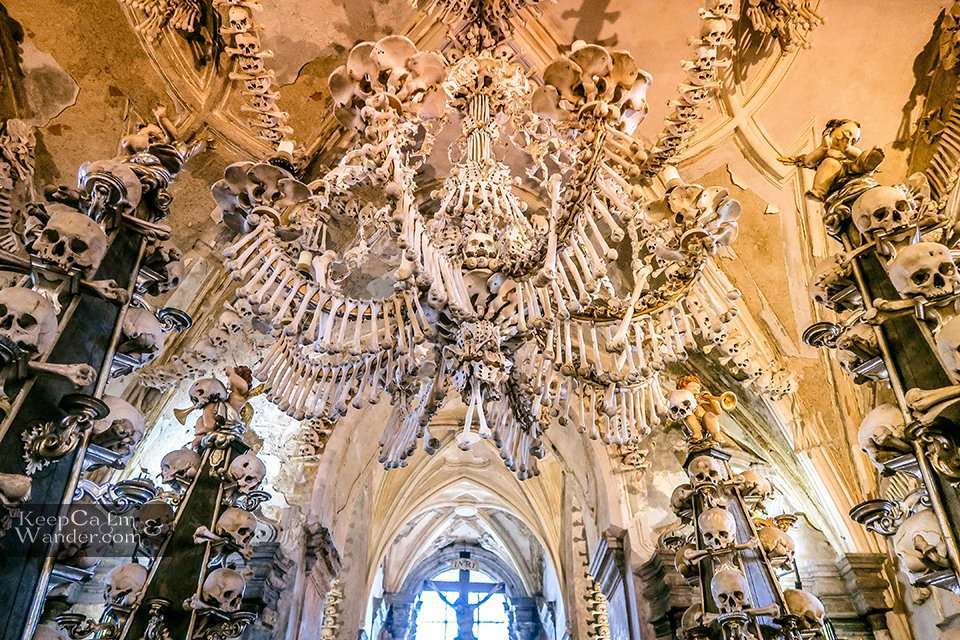