I met John Wayne at Mammoth Steak House and Saloon Bar in Goldfield Ghost Town, just outside the city of Phoenix. Ok, John Wayne is dead but not his body double. He’s alive and entertaining visitors and customers at a resto bar.

This is the Mammoth Steak House and Saloon at the heart of Goldfield Ghost Town.

This is a very historic place, perhaps familiar, for those who like Hollywood westerns.

Yes, it’s a bar and restaurant with an interior like that of a Wild Wild West.

Used boots and caps and hats are everywhere. Old memorabilia and portraits of famous people who had graced the bar are plastered on the wall.

They’ve got a singer, too, who sings nothing but songs of old western yore. Yes, you can request a song, too.

Sometimes he sings and and sometimes he asks and swoons women for a dance. He’s one jovial fellow who will regal you with his life as a John Wayne’s body double.

And yes, he worked with John Wayne before. He had done commercials impersonating the actor and wrote a book about this life as the legend’s body double.

Travel Tip:
Before you reach the Goldfield Ghost Town, you will pass by a small, white chapel named after Elvis Presley. Go and see it. 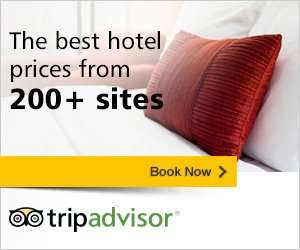