The Hundertwasser Houses in Vienna are Marvelously Weird and Colourful! 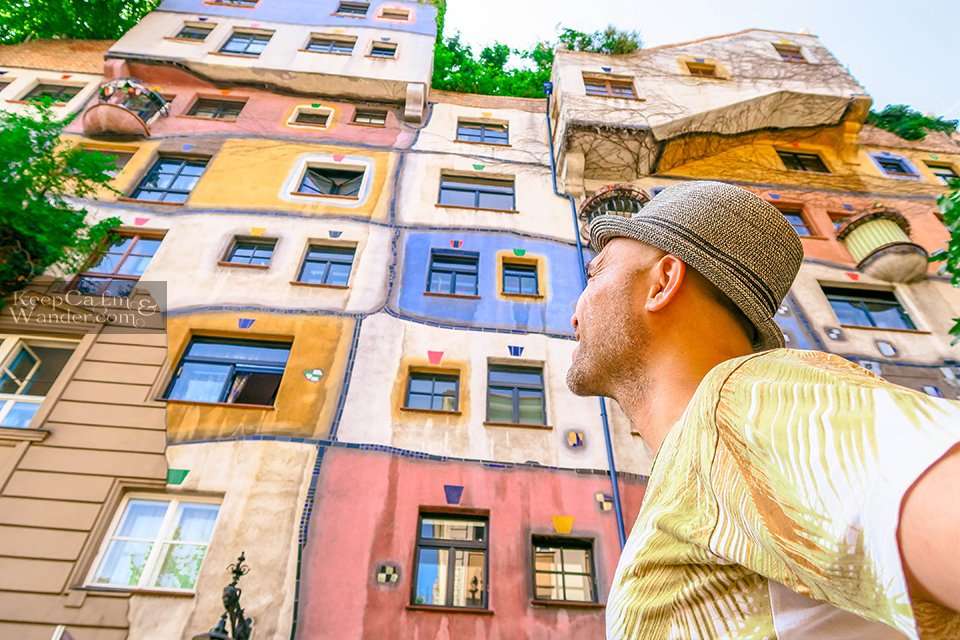 The Hundertwasser Houses in Vienna are Marvelously Weird and Colourful!

You might think why a housing complex, like the Hundertwasser Houses in Vienna, is of so much importance considering the fact that the entire architecture of Vienna has the same vibe.

Well, when a building has the rebellious touch of Hundertwasser, it’s bound to get some attention that you can’t ignore. They might look weird, but they are marvelously colorful!

The Hundertwasserhaus is a compound with colourful flats built based on the concept conceived by an Austrian artist Friedensrecich Hundertwasser which brought to life by architect Joseph Krawina.

The German architect was just like Gaude. He did not believe in following conventional architecture, nor he took it from the architects who considered themselves pioneer. Instead, he relied on his own vision and the Hundertwasserhaus is an entire depiction of that.

As soon as you lay your eyes on the building, the 1983-1985 construction would give you odd feelings. There are no straight lines at all. The walls are undulated and the window sizes are not even.

Even the colors speak of rebellion

The colors of the complex are surprisingly patchy. They are bright and bold and in the confines of the undulating lines.

The patterns and colors represent their own rebellion

Even in some areas, you’ll see the original facade revealed. That initial weird feeling you had evaporates once you get used to its patterns, colours and architecture.

Hundertwasser loved nature and always took inspiration from the structures that are abundant in nature such as spirals. That’s why it is not surprising to see roots and vines exposed and crawling on walls. He allowed greenery to take over most of its facade. It almost seems as if nature is reclaiming the building itself.

Hundertwasserhaus acts like a magnet to architect lovers and to make them busy in the surrounding areas as well, “Hundertwasser Village” has been constructed. A type of shopping mall, you’ll find everything here for souvenirs.

A little 10 minutes walk from the complex and the shopping arena, there is KunstHausWien – a museum dedicated to the architect’s life and works. It also houses the works of other renowned artists of his time and the time preceding him.

It takes time to go there, so make sure you planned it. I went there early morning (8:30) and I was the lone tourist at that time.